“It’s been a lot of hard work. I have to say that I have worked very hard,” Simpson, 39, said during an HSN appearance on Thursday, September 26. “Everything that I’ve been eating is mostly made with cauliflower.”

The designer, however, admitted that she’s not amused by the term “diet,” adding: “I just ate a bag of Cheetos in the back. I do think that writing down what we eat is important to keep [ourselves] in check.” 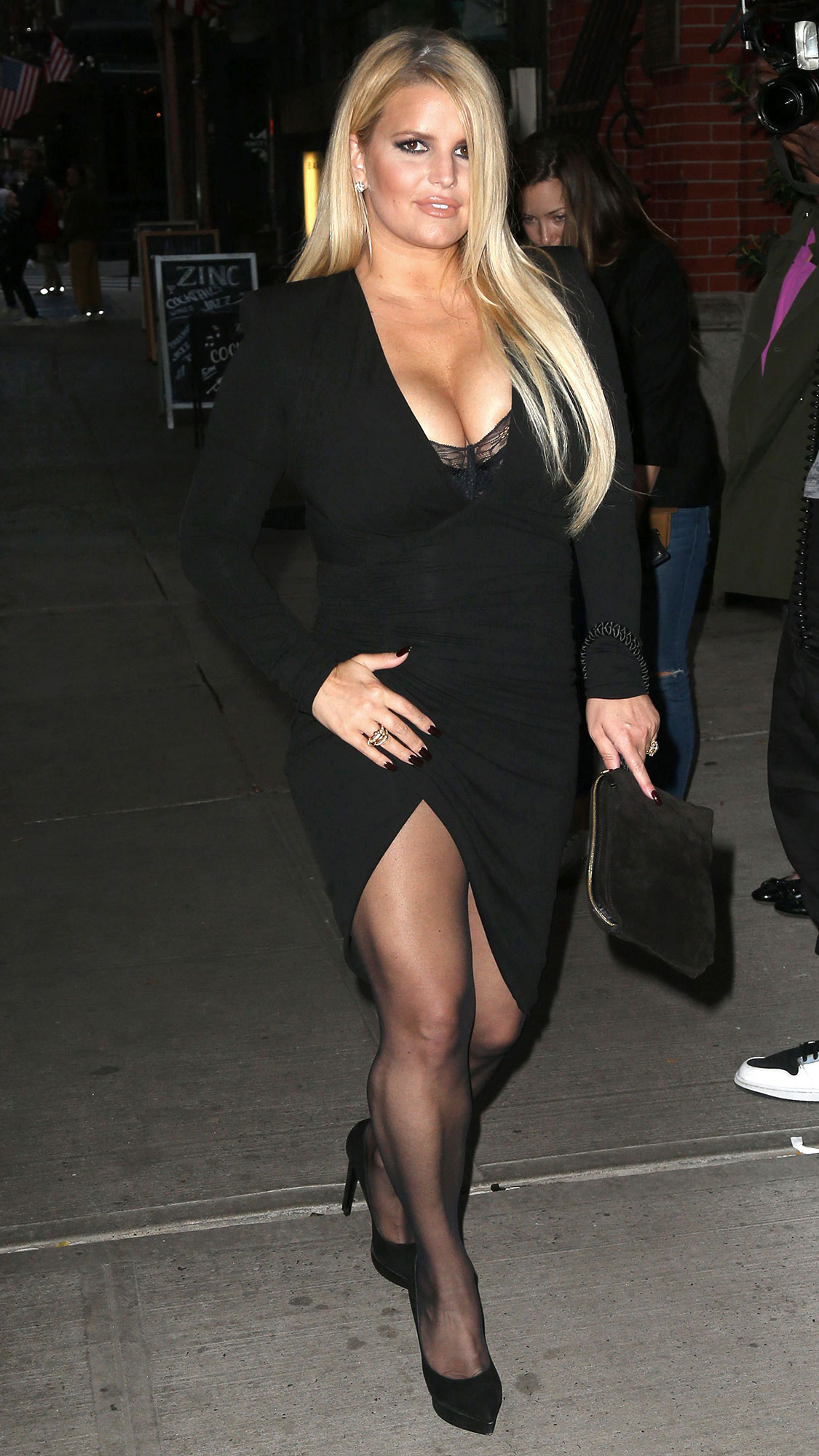 “When you’re pregnant, I gain a lot, I mean, a lot,” she continued. “I didn’t expect to gain as much with my third. I thought I’d learned my lesson, but apparently that’s just the way God made me, very hungry and pregnant.”

Simpson unveiled her 100-pound weight loss via Instagram on Tuesday, September 24. In the social media post, she showed off her slimmed-down figure in an all-black ensemble.

“6 months. 100 pounds down (Yes, I tipped the scales at 240 😜),” she wrote. “My first trip away from #BIRDIEMAE and emotional for many reasons, but so proud to feel like myself again. Even when it felt impossible, I chose to work harder. 💚”

6 months. 100 pounds down (Yes, I tipped the scales at 240 😜) My first trip away from #BIRDIEMAE and emotional for many reasons, but so proud to feel like myself again. Even when it felt impossible, I chose to work harder. 💚

Simpson and her husband, Eric Johnson, are also the parents of daughter Maxwell, 7, and son Ace, 6.

The “With You” had been very candid about her tough road to welcoming Birdie Mae across her social media. Though Simpson has shared hilarious moments such as her breaking a toilet seat while pregnant this past February, the Dukes of Hazards star also admitted to suffering from “severe pregnancy acid reflux” earlier that month. She even spent a week in the hospital for bronchitis.

“The only thing that gets me through this pregnancy is knowing I will get another one of these cuties,” Simpson wrote on Instagram in February, captioning a shot of Maxwell and Ace hugging each other.

Despite the ups and downs of pregnancy, Simpson has frequently expressed her love for motherhood. In May 2018, she told Us Weekly that “being a mother is the best opportunity and challenge I’ve ever been blessed with in life.”