Jessica Biel and Justin Timberlake recently welcomed a new addition to their family! Get the details on the couple's bundle of joy. 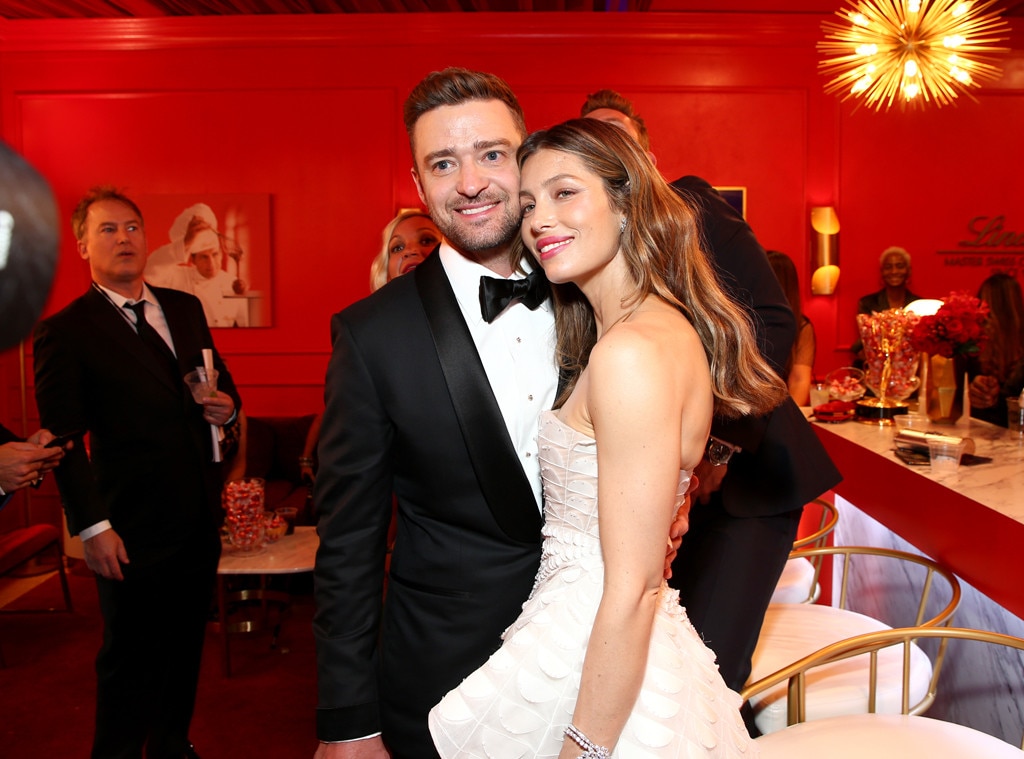 It's a party of four!

Jessica Biel and Justin Timberlake have welcomed their second child together. Justin's friend and collaborator Brian McKnight told Hollywood Life that the pair welcomed a "new baby" this summer.

While the pair has yet to publicly share the baby news, Daily Mail reported in July that the 38-year-old actress gave birth to a boy. At this time, other details—like the newborn's name, his birth date and more—are unknown.

E! News has reached out to the couple's respective reps for comment, and have yet to receive a response.

Just three months ago, Justin and Jessica celebrated Silas' 5th birthday with a heartwarming message about their "little man."

"This little man is 5 today!" the actress shared on Instagram in April, alongside a picture of her and her son. "We're at home, covered in legos and birthday cake right now… but I just found this pic on my phone from last summer and it made me so happy."

Along with the sweet message to her little nugget, Jessica revealed that she and the former *NSYNC singer were giving back in a big way.

"To celebrate his big birthday, we're supporting @savethechildren and @feedingamerica, who are doing so much good work to keep kids and families healthy and fed during this time," she wrote. "Sending lots of love to you all."

Taylor Swift Responds to Accusations of "Stealing" Her folklore Logo

Ellen DeGeneres Discusses Workplace Complaints in Letter to Her Staff

That same month, JT opened up about his family life and how they were doing during quarantine.

"To be honest, we thought the best way to kind of do our part was—we have a place in Montana and so, we came up here," he said in an interview on SiriusXM Hits1. "We feel very lucky and kind of blessed that we—we're in a place where—they're pretty socially distant here anyway where our place is and so, I mean, just being able to kind of walk out into your driveway and maybe go for a little hike is always nice."

He revealed that he and Jessica "we're doing good."

"We're mostly commiserating over the fact that just 24-hour parenting is just not human," he joked.

News of the couple's newborn comes a few months after rumors swirled online that there was trouble in paradise.

In December 2019, Justin publicly apologized to his wife and his family for holding hands with actress Alisha Wainwright, in what he described as an "embarrassing" night out.

"A few weeks ago I displayed a strong lapse in judgement – but let me be clear – nothing happened between me and my costar," he shared in a lengthy Instagram post. "I drank way too much that night and I regret my behavior. I should have known better. This is not the example I want to set for my son. I apologize to my amazing wife and family for putting them through such an embarrassing situation, and I am focused on being the best husband and father I can be. This was not that."

At the time, a source told E! News that the couple was focused on strengthening their romance.

"Nobody is going anywhere, but it's definitely had an effect on their marriage and her trust in him," the source shared. "Even if nothing more happened than what was in the photos, what he did was highly inappropriate."

Congrats to the pair on their little one!