When former state delegate, public defender and mom of two Jennifer Carroll Foy says she is ready to take on the challenge of becoming the Democratic nominee and then hopefully defeat the Republican nominee to become Virginia’s first Black governor in the upcoming November elections, she’s thinking about the bigger picture. And we’re seeing her candidacy as an important statement for moms everywhere, not just in Virginia. 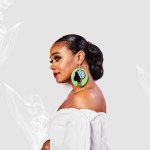 Foy came from a family that knew what it was to have to make the difficult choice between healthcare and a roof over their heads, and she says she’s had more than enough “lived experiences” that make her qualified to be governor.

“I don’t have to empathize with people who are hungry, going without healthcare, and living paycheck to paycheck,” the mother of 3-year-old twin sons told HollywoodLife. “I understand because I lived it.”

Her mission is to not only become a positive example for all of those she’ll serve locally as governor, but also on a bigger scale as a role model for millions of “brown” girls. (She is, by the way, running against another Black mother, State Senator Jennifer McClellan.)

“It’s time for working families to be represented by a working mom who has walked in their shoes,” she tells HollywoodLife. “I understand their challenges, and I’m going to bring forth solutions,” says the candidate who is still a working mom, even as she campaigns.

No stranger to campaigning in challenging circumstances, Foy launched a nonstop run for the Virginia House of Delegates while pregnant with twins. She was elected as a pregnant candidate but then faced a near-death experience after giving birth prematurely to sons Alex and Xander at only 22 weeks. Just as actor and mom of two Tatyana Ali shared her traumatic birth experience with SheKnows recently, many Black people have been met with blatant disregard for their health before, during and after giving birth. The cases of Black maternal mortality are staggering with Black women in the U.S. dying during childbirth three to four times more often than white women.

In Foy’s case, she was in disabling pain that went ignored by the doctors and nurses at her hospital, only to be sent home. “We [Black women] are not believed and not heard. After giving birth to my identical twin boys, I remember feeling pain worse than labor and complaining to my nurse and being dismissed and being told that it’s normal and to take more painkillers.

“I’ll never forget falling to my knees in excruciating pain, and my husband … rushed me to the emergency room. … I was informed that if I had stayed home just a couple more days, I would have lost my life.”

It was just a few weeks ago that Rep. Cori Bush told her birth stories — which put her health and the lives of her babies at risk — during a meeting of the House Oversight and Reform Committee, only to be met with backlash because she used the phrase “birthing people.”

The thing is, every person, period, deserves dignity, respect, and the best healthcare regardless of race, gender identity, age, religion, financial status, or any other qualifier that has been used to marginalize people. It doesn’t make sense that babies and birthing people are dying at the hands of neglectful healthcare professionals.

If Foy has anything to do with it, changing the quality of life of Virginians’ — and beyond — is her focus.

“There are millions of young girls who have never seen a Black woman lead this nation and are yet to see one lead any state,” Foy tells HollywoodLife. “That’s where I come in.”