The JE Cosmetics founder, 27, showed off a sterling silver cross necklace that was given to her by the little boy, whom she shares with ex Nathan Griffith. “It’s the little things in life. With everything that has been going on lately, I’ve come to realize a child’s love for their mother will never fade,” the reality star captioned two Instagram pictures on Wednesday, June 5. “No distance, not time, no person can change that special love. This necklace was given to me by my little bubba, Kaiser.”

Evans noted that her son told her “he wanted mommy to ‘match his’” necklace. She gushed, “My children are the sweetest and the best. #MommasBabies #InMyHeart #AlwaysAndForever.”

It’s the little things in life. With everything that has been going on lately, I’ve come to realize a child’s love for their mother will never fade. No distance, not time, no person can change that special love. This necklace was given to me by my little bubba, Kaiser. He told me he wanted mommy to “match his”. My children are the sweetest and the best. ??????? #MommasBabies #InMyHeart #AlwaysAndForever

Kaiser has been staying with his father, Griffith, 31, since the Read Between the Lines author and Eason, 30, temporarily lost custody of the youngster after Eason admitted that he shot and killed his wife’s dog Nugget. Evans’s eldest son, Jace, 9, and her 2-year-old daughter, whom she shares with the pipe welder, Ensley, were also taken from the duo’s North Carolina home following a May 28 hearing. Eason’s 11-year-old daughter from a previous relationship, Maryssa, is also not living at the house.

Evans and Eason, who tied the knot in September 2017, returned to court on Tuesday, June 4, to fight for the kids. However, the appearance turned dramatic when the MTV personality and her mother, Barbara Evans, got into a heated exchanged outside of the courthouse. 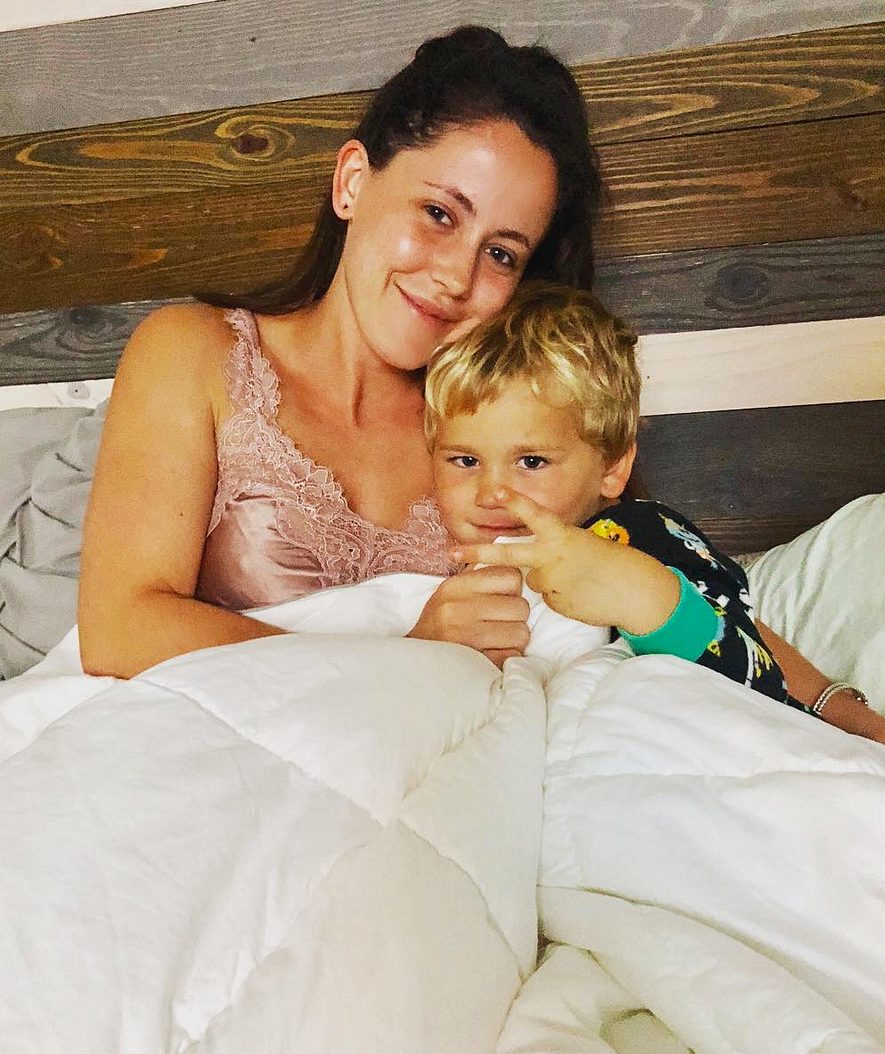 “I’m right outside the courthouse, giving my daughter a hug,” Jenelle told her mom, who was given temporary custody of Ensley. “If you have a problem with it, then go get an officer because obviously she’s not scared. I’m hugging her.”

Barbara, who has also had custody of Jace for most of his life, told Jenelle that the toddler would “go hungry” because they didn’t have much time to eat lunch. “It’s only for the cameras,” Barbara added as the trio walked to their car.

Jenelle, for her part, exclusively told Us Weekly after the feud that her relationship with Barbara “is destroyed at this point.” The 16 & Pregnant alum explained, “This isn’t a way a mother should be treating her daughter. She fights so hard for my sister and my brother when they are the ones with major issues, not me.”

However, the Teen Mom 2 alum will not go down without a fight. “I love my kids so much and I will do anything necessary to get them back and that is all I want everyone to understand,” she told Us last month. “I ask everyone to have an open heart before they judge how the media is portraying me.”