Jason Biggs and Jenny Mollen’s sons won’t be following in their dad’s footsteps — at least, not yet.

“Sid is five, actually almost six now, but it’s crazy to look at him and think that [when] I was his age, I had an agent and a manager and was working professionally,” the actor, 41, told Us Weekly exclusively on Tuesday, November 12, while promoting the launch of Mucinex Nightshift. “I have no regrets and I’m thankful for the path that I took even as a kid, but I can’t imagine putting him in it, at least not professionally.” 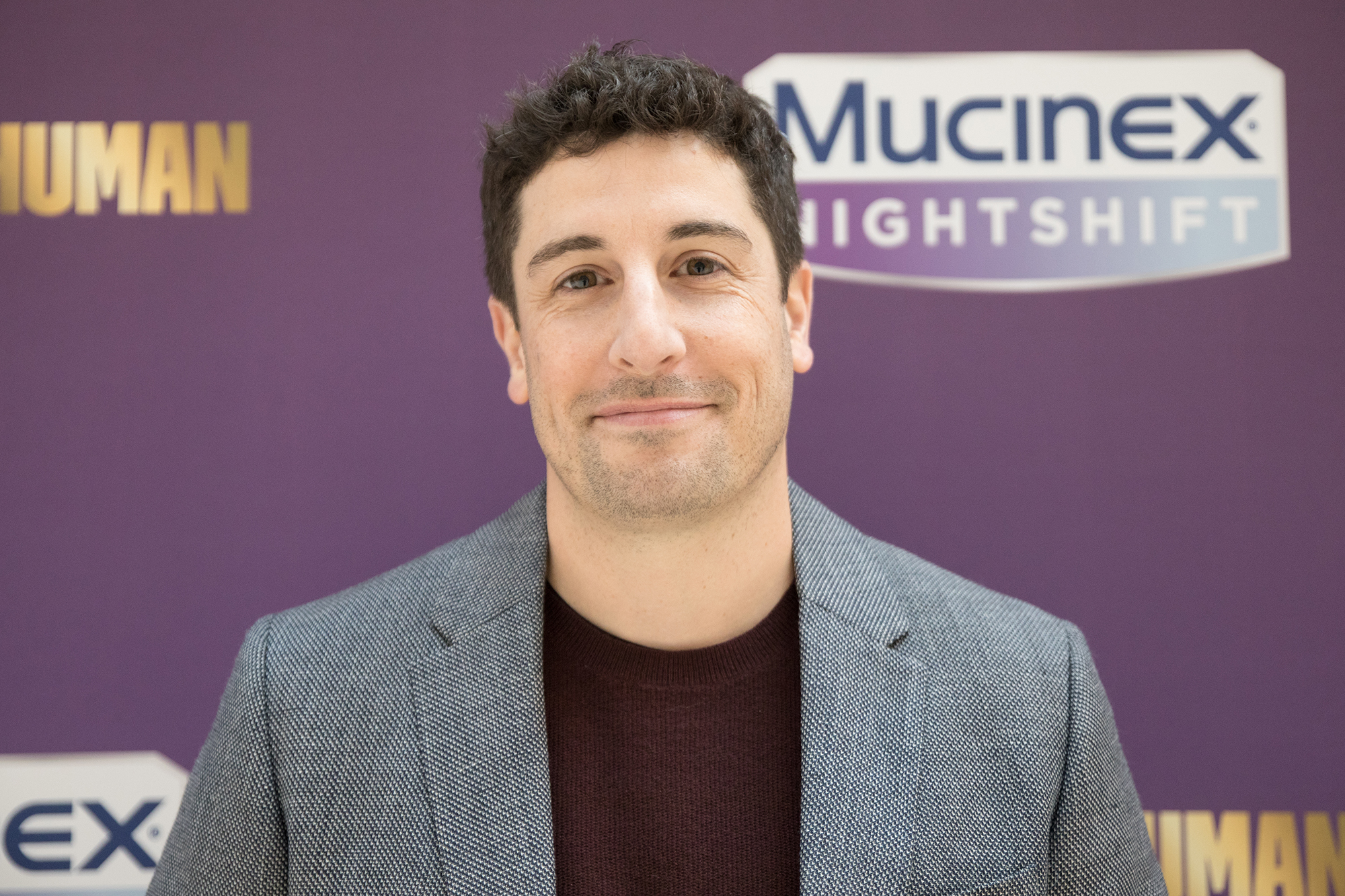 That being said, the little one is such “a ham,” the American Pie star admitted. “Both of his parents are performers, and he’s definitely a performer.” When Sid grows up, he wants to be an actor like his dad, a writer like his mom, 40, or a scuba diver.

The New Jersey native and Mollen, who also share son Lazlo, 2, got real in June 2018 about maintaining their sex life with two kids at home. “We’re getting back in the rhythm of things,” Biggs explained to Us at the time. “And by the way, I can’t [ejaculate] in the same room. I have to leave the room just in case. She’s so nervous about getting pregnant again. I feel like I sort of outgrew condoms. We’ve been married 10 years.”

I swear the t-shirt was a total coincidence.

The Live Fast Die Hot author chimed in, “He’ll pull out and I’ll be like, ‘Not near me!’”

The pair met in 2007 on the set of My Best Friend’s Girl and eloped in a private ceremony in April of the following year. Two months later, Biggs and Mollen exchanged vows for the second time in front of their friends and family. They welcomed Sid and Lazlo in 2014 and 2017, respectively.

The Emmy nominee works hard to keep his health up while parenting since his sons “don’t care” if he’s sick. He told Us, “They’re waking me up at 5 in the morning no matter what, so Nightshift is great because … it helps relieve those symptoms at night so I can wake up and be ready to go with them.”