In a recent appearance on Extra, Jana Kramer revealed that while her divorce from Mike Claussin has been hard, hearing her kids talk about it is breaking her heart. Kramer announced the split last month in an emotional Instagram post. 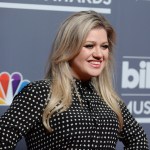 “Jolie knows, and she’s kind of telling everyone, which kind of breaks my heart,” the singer and actress told Extra. “She’s like, ‘Daddy and Mommy have different houses…’ Jayce, the first month… They’ve always had both of us, both of us are essentially stay-at-home parents, so I think that was really hard on him. I think now that we’re getting into a good parenting schedule, they’ll be OK.”

Kramer and Claussin had been vocal about working through their marriage issues over the years, hashing and rehashing their problems on their Whine Down podcast and in their book The Good Fight: Wanting to Leave, Choosing to Stay, and the Powerful Practice for Loving Faithfully. Claussin has a history of infidelity, which caused major problems for the couple over the years. In the divorce papers, Kramer cited adultery as one of the causes of the separation.

When asked by host Billy Bush where she was with the divorce, Kramer admitted to going through an anger phase in the beginning but added that she had moved on from that feeling.

“Now, I am like, ‘OK, it sucks and it’s unfair and it’s not what I dreamt of for my family, for my kids, now I have to figure out how to accept it,” Kramer said. “Walk on, be the best mom I can be for my kids, shift work and figure it out.’”

When asked how she thought Claussin was dealing with things, she said the former NFL player was at peace. “He knew if this one thing happened, I was gone,” Kramer added. “He made his bed. I wish he would have thought of the family and all the work we did. I hope he gets the help he wants and needs.”