On her own timeline! Jamie Otis doesn’t see anything wrong with the fact that her 2-year-old daughter, Henley, isn’t potty-trained. 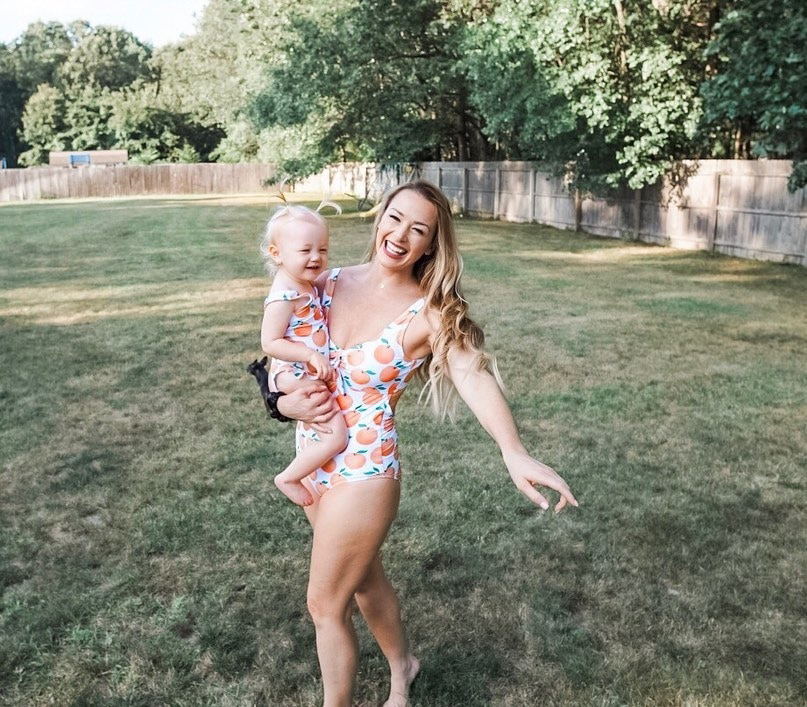 When the toddler played with her mom’s makeup and put bronzer on her cheeks in the Married at First Sight alum’s Monday, January 20, Instagram Story, one of her followers commented, “So clever. And yet not potty-trained?”

The “Hot Marriage, Cool Parents” podcast host, 33, clapped back, writing, “Really?! I’m not sure if I should explain myself — I’ve tried TWICE and ‘failed.’ Or if I should just scream, ‘Fuxidnd [sic] you too!’”

The Bachelor alum and her husband, Doug Hehner, welcomed their daughter in 2017 and announced in September that they are expecting their second child following multiple miscarriages. 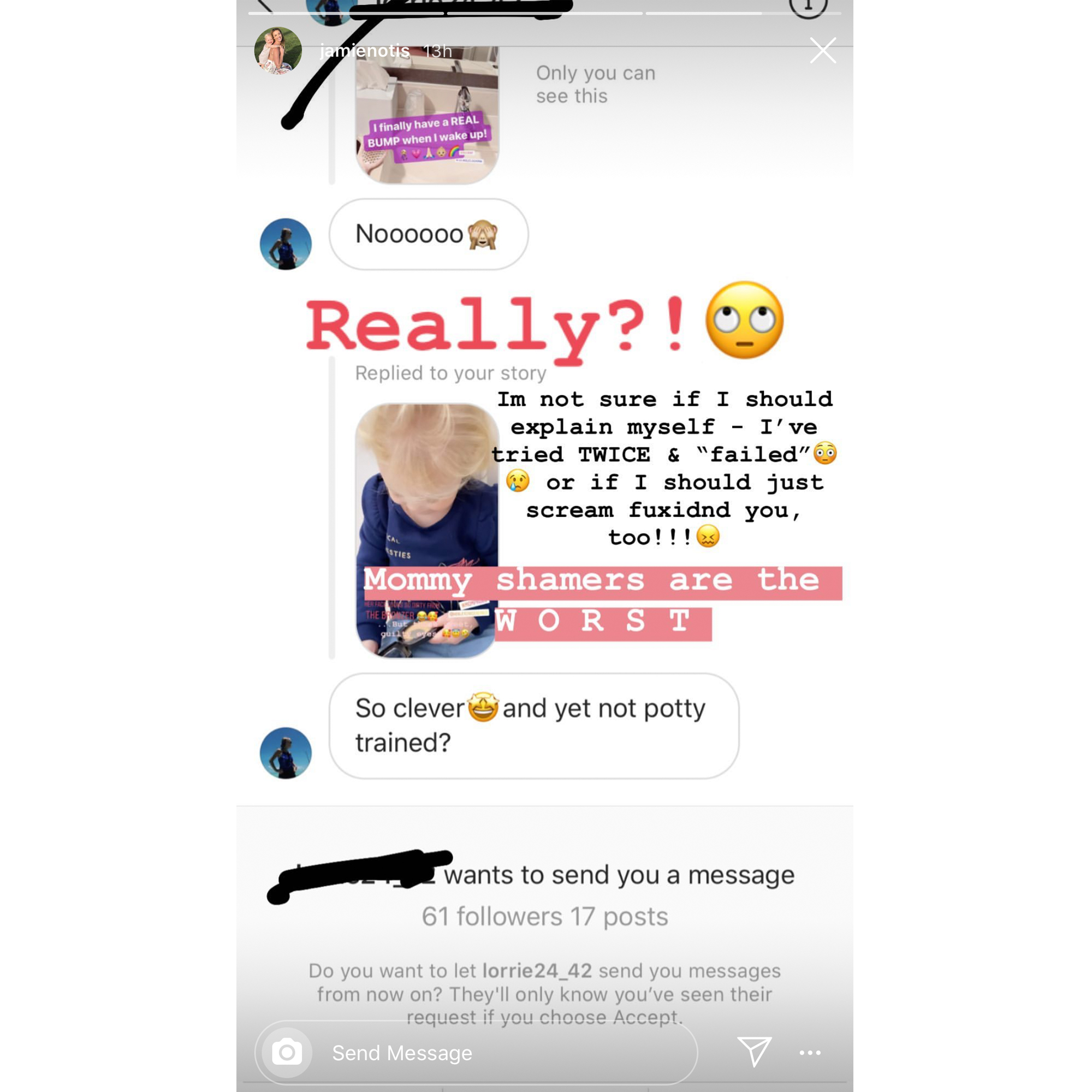 That same month, the New York native was bashed for letting Henley wear pullups. “Seriously? Peeing all over the house?” one Instagram user messaged her at the time. “Who does that? Potty-trained three kids — potty available in the playroom and bathroom. Where is the training if she’s peeing all over?”

The Wifey 101 author replied on her Instagram Story, writing, “Listen to me. She doesn’t pee all over the house. It’s for when she dribbles before she gets to the potty #stopmommyshaming. Awesome! You potty-trained three! This is my first and I’m not saying I’m a pro or anything. Do you, sis!”

The Married at First Sight: Unfiltered host’s first attempt to get Henley out of diapers was in April. “She wanted to go on the ‘big girl potty’ a couple months ago and she didn’t pee, but she didn’t cry either, which was a HUGE milestone!” Otis wrote on social media at the time. “We headed to Target last night to get ALL the essentials — big girl panties, pull ups, flushable wipes, you name it!”

While the training didn’t go as planned, the former reality star tried again in August and asked her followers for advice.

She and Hehner, 36, met tied the knot in 2014 after meeting and falling in love on season 1 of the Lifetime show.