A few weeks ago, my daughter asked a close friend of hers to hang out after school. Her friend declined the invitation and said she had a doctor’s appointment. As it turned out, there was no doctor’s appointment; the friend had plans with a different mutual friend, and they wanted to spend time just the two of them. When my daughter caught her in the lie and asked her about it, the friend said she had lied to protect my daughter’s feelings — that she was trying to be nice. But as it happened, the lie hurt more than the truth would have, causing two hurts rather than one.

Putting aside the mama bear reaction I had when my daughter’s feelings were hurt, the betrayal inspired a long conversation with both of my children about the difference between nice and kind. The friend was being nice — in that she was attempting to spare my daughter’s feelings. But in no way was she being kind.

So often we are told to “be kind” or “choose kindness,” but the reality is too many of us (not just my daughter’s friend) are confusing kind with nice.

Kind Is Intentional And Proactive

A kind act is one that’s done with intention and thoughtfulness. It’s something that stems from a place of empathy and recognizing that the kind choice isn’t always the easy choice. Nice is circumstantial and can be superficial.

“Nice is reactive. Kindness is proactive,” Houston Kraft, professional speaker, author, and co-founder of CharacterStrong told She Knows. “If kindness requires work, then it’s less about random acts of kindness and more about creating habits around kindness. Kindness should be something we choose to weave into our day, not random acts.”

The kind choice is often the one that carries the most risk: the risk of discomfort or the risk of vulnerability and rejection. Nice is simply easier. It doesn’t require an emotional or mental investment. 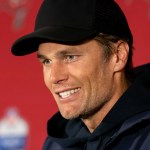 “So often the choice to be kind is the one that’s scarier or more uncomfortable or more challenging,” confirmed Kraft.

Along with intentional and brave, kind stems from an honest place, a place that doesn’t require a lie to protect feelings or a falsehood to keep the peace. Nice is often rooted in an attempt to avoid discomfort, which means that being nice is so frequently less about the person you’re acting toward and more about yourself. Nice is making an excuse to protect someone’s feelings. Kind is offering the truth.

When thinking about what kindness is, it’s important to also remember what kind isn’t. Kind isn’t self-abandoning. Kind isn’t always doing for others without regard to your boundaries or emotional limits. Kind isn’t saying “yes” when you want to say “no” or giving of yourself to the point of losing yourself.

Nice is capable of drifting into “too nice” territory — which we all associate with self-abandonment. Truly kind can never be “too kind”, since kind will never ask you to sacrifice the core of you.

How To Teach Kindness

In the background of the conversation I had with my children about kindness, 28 countries around the world marked World Kindness Day on November 13. The day was launched by the World Kindness Movement (WKM) in 1998 as a way to encourage and celebrate kindness, and “to inspire individuals towards greater kindness by connecting nations to create a kinder world.”

The purpose is noble and critically important — especially in today’s society, when kindness seems in short supply and things can feel bleak, or worse. But telling kids to “be kind” is vague.

Instead, Kraft suggests teaching kindness through a “framework of specificity.” By this he means we should challenge our children (and ourselves!) to consider what difficult emotion someone might be experiencing — sadness, fear, anxiety — and ask ourselves who might be feeling that, and then consider how best to help that person feel less of that feeling, or find ways to give support through it.

All of this is not to say folks shouldn’t be nice. Of course we should be nice. Sometimes “nice” offers a little light to someone whose world is suddenly all darkness. But if we want to “create a more compassionate and supportive world,” we need to start being kind, which requires us to see beyond ourselves, says Kraft.

When it comes to my daughter and her friend who made a nice choice, though not a kind choice, I can find it in my heart to give the other girl some grace. She, like my daughter, is learning what type of adult she wants to be — a kind one, a nice one, or, like most of us, something somewhere in between as we do our best to figure it out. For my part, I cannot teach the friend. All I can do is teach my daughter to be kind in response. Kind in all the meanings of the word.

Because I do want both my kids to choose kind. I just want them to understand why — and how — to choose it.