“I’m going to ask each of you to come up with a name for our fourth baby,” the Today show cohost, 46, told Savannah Guthrie, Hoda Kotb, Al Roker, Craig Melvin and Jenna Bush Hager during a Dining With the Dalys segment. “Due late March, March 23, so think of a name now while we cook.”

When Guthrie, 48, asked, “Are you revealing if it’s a boy or a girl?” the Voice host shrugged and asked the Siriously Delicious author, 39, if they’d shared that news yet. 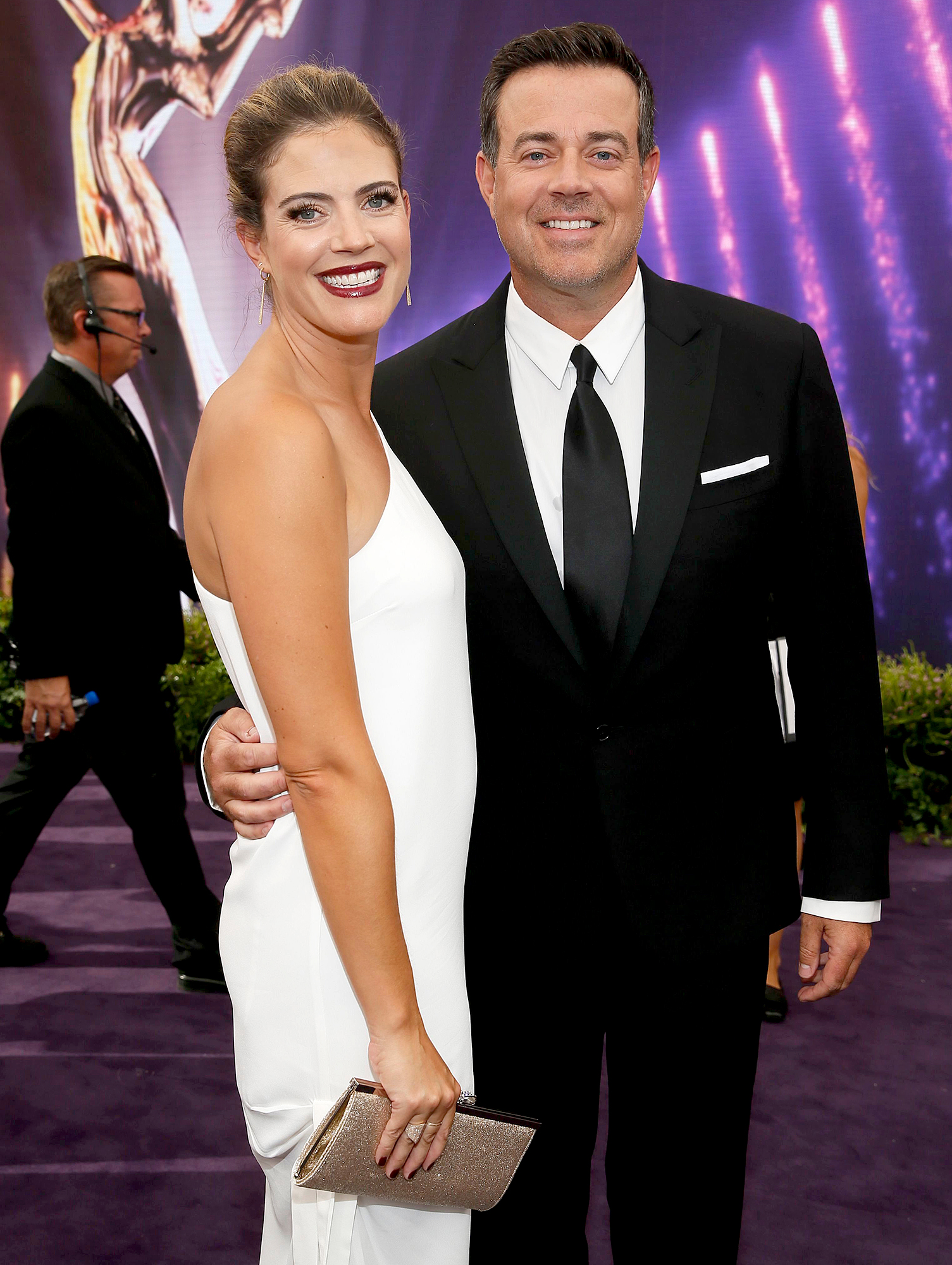 With that, Carson announced, “It’s a girl. That’s better than hitting one of those golf balls that explodes pink.”

He and the Los Angeles native, who already share Jackson, 10, Etta, 7, and London, 5, announced in September that they’re expecting baby No. 4. “Siri Daly, my incredibly wife, she is gearing up for a big spring because that is when she’s going to give birth to our fourth and newest member of the Daly family,” the Last Night With Carson Daly host said on the Today show at the time. “That’s right, she’s pregnant. I love you. Have a great weekend everybody.”

The radio host joked that his cohosts should “hug Siri, not” him since he had “done very little,” adding, “We’re thrilled. We have the best family. We have a lot of fun, so we thought, ‘Why not? Let’s have another one.’”

As for Siri, she revealed the news with an Instagram baby bump debut, writing, “As a fan of even numbers, I’m thrilled to share with you that @carsondaly and I are expecting Baby #4! I’ve always dreamed of a big family and feel beyond thankful for this miraculous blessing. And a huge congrats to my 10 year-old son, who is totally going to raise this kid for me. Right? Now if you’ll excuse me, my daily bagel is calling.”

Four months later, she gave another glimpse of her budding belly with a mirror selfie. “Have I been pregnant for 100 years? Or has this been the fastest 28 weeks ever?” the chef captioned the photo earlier this month. “I haven’t documented this bump very much and so here it is, third trimester. They say [the] baby is the size of an [eggplant.] 12 weeks to go! Which will feel quick and also like an eternity.”