For so many kids growing up in America, watching Disney princess movies and reading Disney princess stories has long been the norm — a tradition that was hardly broken or challenged. But in recent decades the idea of princesses being saved by a prince has come under scrutiny. It’s often argued that Disney princess culture — the idea of the “damsel in distress” — can be harmful to children when it comes to their own self-esteem, as well as the way they see gender and gender roles. But now, the Wall Street Journal reports that a new study reveals that Disney princesses can actually have a positive effect on children. 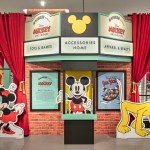 The long-term study was conducted by Brigham Young University professor Sarah Coyne, who had previously conducted a notable 2016 study specifically showing negative effects on children through their interest in princess culture. So what has changed? Dr. Coyne says the difference between the past study results and her new study has found the longer effects of princess culture are not so bad. “Our prior study found that in the short-term, princess culture had a negative effect. But this changes over time. We’re now seeing long-term positive effects of princess culture on how we think about gender.” Coyne added, “As a developmental psychologist, I’m interested in looking at things over time. What’s fascinating is that princess culture has some really deep and beautiful things about womanhood and relationships. If we can grasp onto that, it can be truly healing for humanity.”

After observing several hundred children over a chunk of the past decade, Dr. Coyne found that kids who were really into princesses at around age 5 were more likely to hold progressive views about gender roles and reject the idea that boys should stifle their emotions by age 10. This held true for both girls and boys, she found.

It is important to mention that, as the article states, “Both the content and the research are shifting, however: Disney has for years been making its princesses tougher and more self-reliant.”

We love the stronger, bolder, and more self-reliant princess we’ve been seeing in films like Merida in Brave and the title character in Moana, but there are still those (like the kids of writer Eve Rodsky) who question why Princess Tiana in The Princess and The Frog was a literal frog through most of the movie (yes, representation matters) and whether Ariel of The Little Mermaid is a child bride (hmmm). Princess culture is not universally all good for all girls (and all boys).

“It’s not safe to say that, in the long term, princess culture is empowering for girls,” said Rebecca Hains, a professor of media and communication at Salem State University and author of The Princess Problem: Guiding Our Girls Through the Princess-Obsessed Years. Certain limitations of the study — including the small sample size, the fact that 87 percent of the children in it were white, and the fact that they were all from Utah and Oregon — make it impossible to apply the findings to a broader population, she said.

While we can grapple with whether princess culture is good or bad for our kids, it can be said that the most important result is that the conversation is also a gateway for parents to begin thinking about gender roles and societal pressures our children face. Disney princesses can be examples of character, personality, strength, and weaknesses, but these are also all topics that spark valuable conversations — if we choose to have them — with our children.

Before you go, check out these children’s books featuring girls of color.