My heart was beating rapidly. My mind was racing. I felt like I was suddenly all-powerful. All at once, I could see vivid connections in the world around me and understand what they all meant — or so I thought. In real life, I was suffering from postpartum psychosis. In my mind, I was invincible and even clairvoyant.

Everything felt intertwined and clear to me. I wanted to write it all down — capture all of this newfound wisdom in a timeless vessel. I thought God had “downloaded” messages to me while I was awake in my bathroom at 3 a.m. — and now, I had to share them all. I thought he had given me all of the answers and unlocked a new level of brain power within me — like Scarlett Johansson’s character in the movie Lucy. I believed I understood things other people did not. I believed I was special. I even thought my phone even made a magical jingle that only I could hear, alerting me to the importance of whatever was being said to me in the moment. The universe had my back, and I was chosen. But I didn’t want to share this with anyone because they would never get it. How could they? So, I kept this secret to myself, as my family began to get more and more concerned about my erratic behavior.

I had always been someone who needed a lot of sleep to function well. But that was before. I had become a mom two weeks earlier, and suddenly I felt like I didn’t need any sleep at all. So, I stayed awake, hyper-alert, for three days straight.

I had no idea I was experiencing postpartum psychosis, a maternal mental health disorder brought on by the hormonal changes after birth, combined with sleep deprivation and the stress of being a new mom. 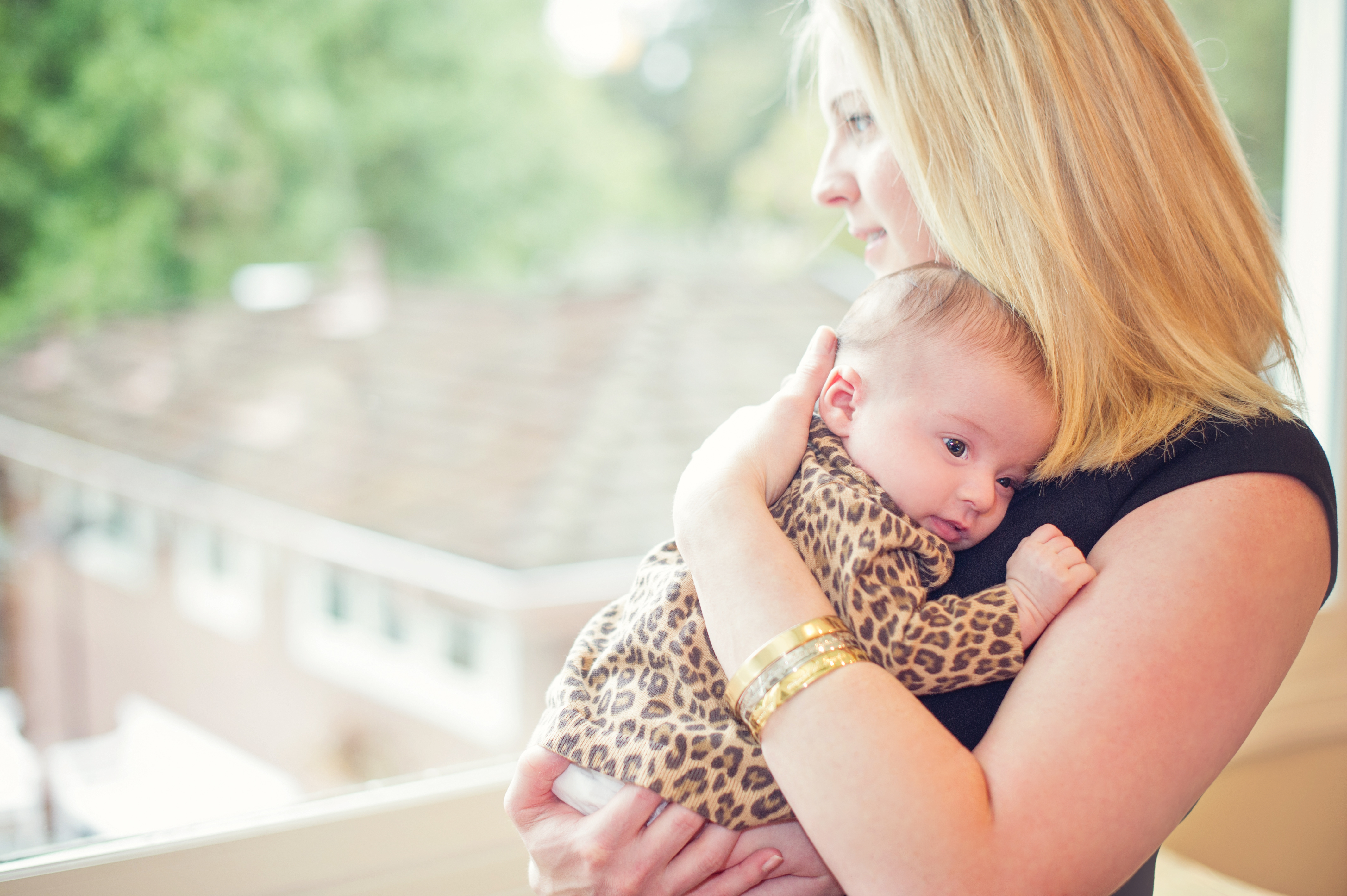 As the hours passed by, I’d cycle in and out of this dream-like state. At times I felt normal and totally ok. Other times, the dream felt more like a nightmare: I’d be terrified the walls were talking to me, that snipers were on the roof, or that the baby monitor was “tapped” and spying on me.

I was frightened to tell anyone what I was really going through my mind, because I was sure they’d think I was “crazy” and unfit to be a mother. I was scared someone would come and take my beautiful baby girl away from me.

By the time my daughter was one month old, I asked my husband and mother one morning whether I should jump off the Golden Gate Bridge. I was legitimately curious whether they thought that might fix everything and make it better. I was so out of touch with reality that it didn’t even register to me that this was an incredibly painful and upsetting question to ask my loved ones. Quite the opposite: I actually thought, at the time, that this was an intelligent and thoughtful question to pose, as it truly felt like the only way out for me.

I desperately wanted to know how to make it stop. How to feel normal again. But as the days went by, I felt more and more hopeless and was terrified that the “old me” was never going to come back. The old me was successful and accomplished; she even taught others how to prioritize their wellbeing, practice mindfulness and achieve their goals. My fall from grace — a mindfulness teacher who had lost her mind — was a rough and dramatic tumble.

Thankfully, I was able to make a full recovery, thanks to, first of all, 10 days of in-patient hospitalization and an intensive outpatient program designed specifically for moms dealing with perinatal mood disorders. Then came medication, therapy, acupuncture, running, yoga, naturopathic medicine, meditation, family support, self-compassion and getting actual sleep — all of which also played vital roles in my road to recovery. And today, I feel even stronger than before I gave birth. 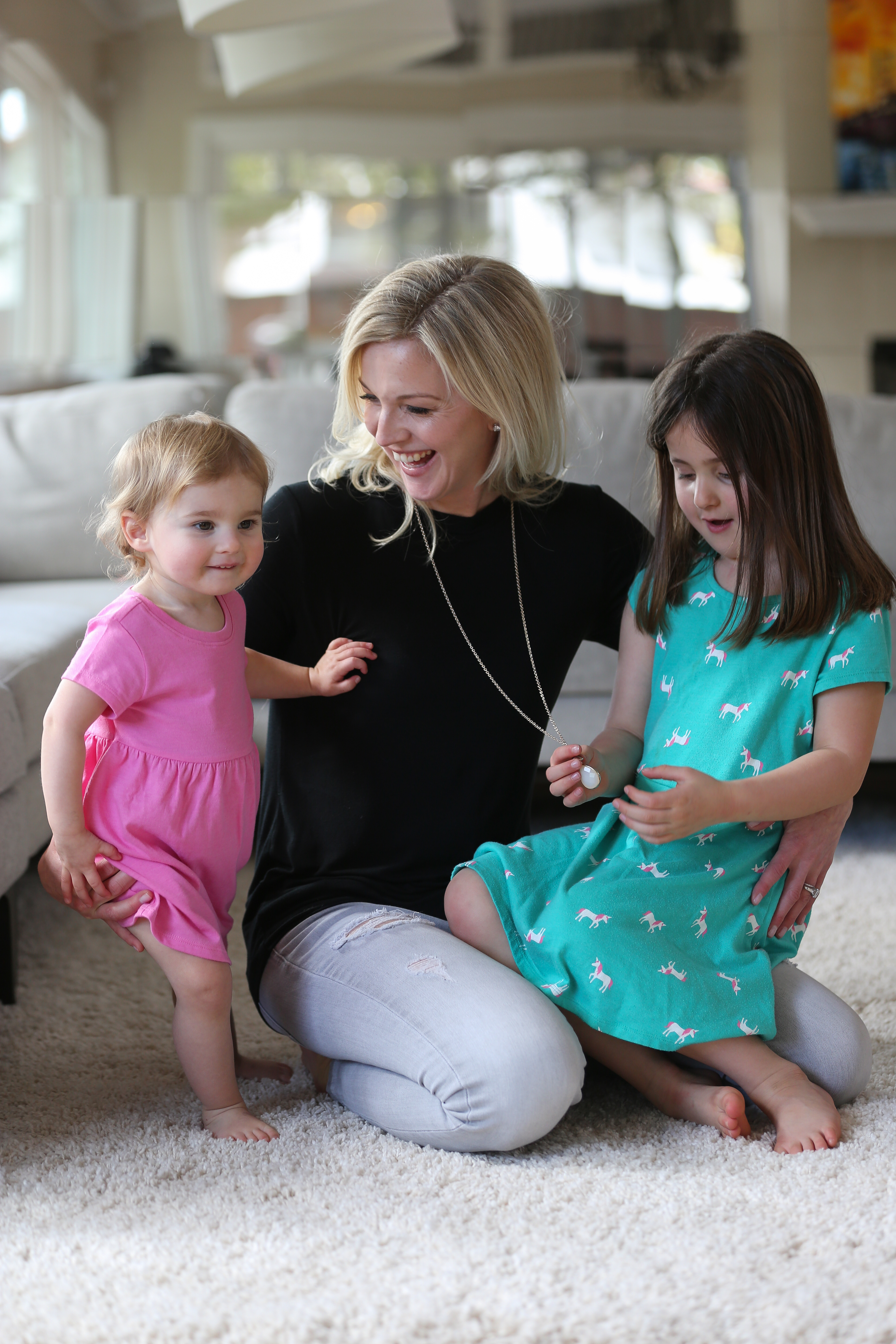 Postpartum psychosis was confusing, terrifying and shame-inducing to me — especially as a “Type A” overachiever who was used to having her stuff together 24/7. I was worried I was permanently damaged. I initially thought I’d keep the fact that I spent 10 days locked in a psychiatric ward a secret for the rest of my life.

But, as I gathered my strength, I realized that a large part of what makes maternal mental health disorders so debilitating is the stigma associated with them. I wanted to make sure no other moms felt alone in their suffering. Even more than that; I wanted to make sure that no one who suffers from a major life setback feels alone or without hope. Courage is contagious, and I’m hoping to do my part to spread a message of hope and recovery. It is possible.

So, although my experience with postpartum psychosis was terrifying, shame-inducing and at the time felt far too permanent, it turned out to be temporary and treatable. It also marked a starting point for my passionate advocacy around maternal mental health and the importance of developing a resilient mindset. The deep groove cut by this personal experience is what allows me to speak about these issues with a passion and conviction I would never have had before.