It took one look into my heartbroken first-grader’s brown eyes, the bright sparkle of joy replaced with the brighter sparkle of tears. One look, and the realization came crashing down on me: Santa doesn’t treat everybody the same, and it was suddenly up to me to explain why.

Let me preface the story by explaining that there were no two ways about it — we were broke. It had been a struggle to have a Christmas at all that year, but we’d made it work, cobbling together gifts and stocking stuffers for the kids with the help of thrift shops and clearance sales, bargain bins and dollar stores. Luckily, my four kids were still little, and still satisfied with cheap trinkets for the most part.

The one expensive thing they’d asked for was the latest video gaming system that was the hot new toy of that Christmas season — a Nintendo Wii, at the time — but its absence under the tree didn’t seem to faze them. Santa had brought them Matchbox cars and (imitation) NERF guns and stickers and such, and they happily played with their new gifts all morning. Around lunch time, they went out to play with the neighbor kids, who were around their ages. I bundled them all up and they ran eagerly into the cold, clear day, anxious to swap Christmas morning stories with their friends. And that’s when the trouble started.

It wasn’t long before my 6-year-old middle son trudged into the house, his little shoulders drooping, and I could tell immediately that something had upset him. He was the most tender-hearted of my kids, always taking something personally, so I was used to consoling him about this or that. But when I looked into his little face, I knew this wasn’t just some silly spat.

“We asked Santa for a Wii and he didn’t bring us one,” he said in a voice barely above a whisper. “But he brought one to the neighbors. Why, Mom? Is it because we were bad?”

I froze, panicking inwardly, battling back the tide of my own tears that threatened to make the moment worse. Should I use this as the moment he finds out that “Santa” is actually just parents? The thought devastated me; Santa is so magical, and he still had many more Christmases to believe. Should I tell him Santa made a mistake? That maybe he delivered the Wii to the wrong house by accident? 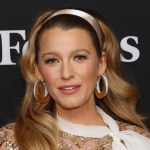 What I really wanted to do was sob into his hair and say, “I’m so sorry we failed you, baby. We tried. You are such good boys, you never ask for a thing, you deserve a hundred Wiis. We just couldn’t make it happen.” But I knew that was just more hard news for him to process. So I did the only thing I felt was right: wrapped him tightly in my arms and tried not to sound as crushed as I felt. In the most cheerful tone I could muster, I explained that Santa has so many kids to give gifts to, and his elves can only make so much of the most desirable toys. I reassured him that he and his brothers absolutely were good, and said that sometimes it’s just a matter of getting lucky … and that I was sure they’d be the lucky ones next year.

I had never thought about the inequality of Santa until then, but it was a sobering wake-up call. Because, I realized, there were many more kids out there — even at my own kids’ school — who may not have gotten much of anything for Christmas. Not even the dollar-store and secondhand trinkets my kids received. The knowledge weighed on me, thinking about the kids out there who year after year had to endure hearing “Santa brought me this” and “Santa brought me that” from their friends and classmates.

To make matters worse, pretty much every Christmas movie and song that are ubiquitous this time of year is about Santa granting holiday wishes to the deserving. And if my own child was questioning whether Santa’s gift choice meant he’d been bad, what were these other kids thinking about themselves?

It’s been eight years since that Christmas, and my son doesn’t even remember the incident (I like to tell myself it’s because I did a great job at explaining it, rendering it a mere blip on his radar). These days, we are fortunate to not have to choose between keeping our utilities on and giving our kids a good Christmas. These days, I can buy their gifts new, and typically give them what they ask for.

But that Christmas changed everything about the way our family does Santa. Never again was Santa Claus the one to bring the “big” gifts; those were from Mom and Dad. Santa’s role was just to fill the stockings with little surprise trinkets and candy. And now that we’re able to afford to, we always — as a family — do as much as we can to help make someone else’s Christmas magical. We have a local organization that hands out boxes with toys and snacks and fun things for kids in need, and picking out things to fill those boxes has become one of my kids’ favorite holiday traditions. (If you don’t know where to start, MakeUseOf has a fantastic list of organizations that help low-income families over the holidays; find it here.)

Sure, kids need to understand that life is not fair — but that’s a hard lesson to learn. And Christmas is not the time to learn it. Not by a snub from the one guy that kids are told they can count on to make their holiday dreams a reality.