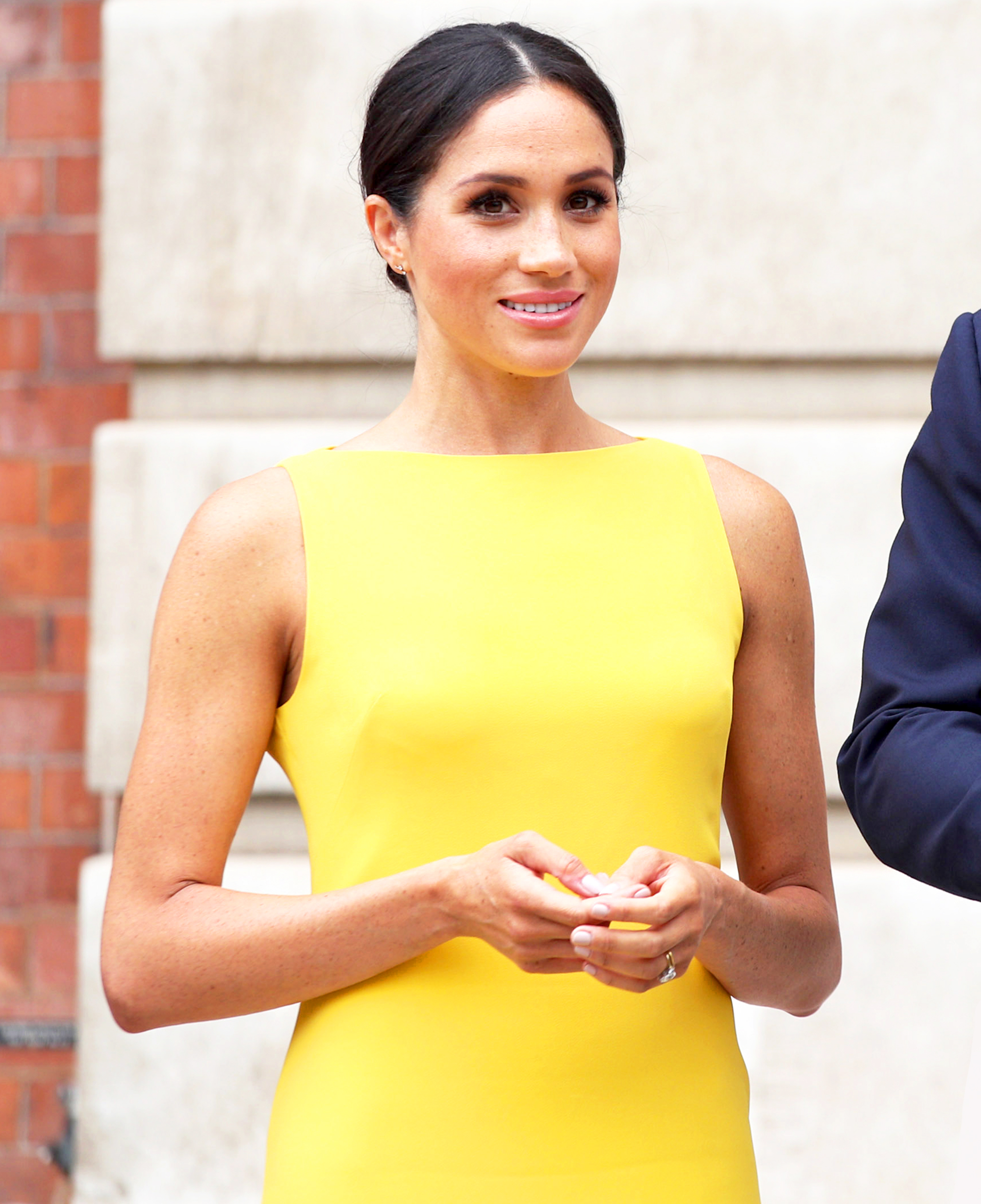 Sun’s out, guns out! Meghan Markle displayed her insanely toned arms in a bright yellow sleeveless Brandon Maxwell dress when she stepped out of the Your Commonwealth Youth Challenge reception at Marlborough House in London on Thursday, July 5.

While Duchess Meghan doesn’t typically show off her physique, her sculpted arms come as no surprise. The 36-year-old newlywed often heads to KX gym in London alongside husband Prince Harry. As a source told Us Weekly in April: “They’re both in the best shape of their lives.” The source also revealed to Us that the California-native performs solo sessions of cardio and yoga in the comfort of her new home inside Kensington Palace. While all of her hard work has clearly payed off, the duchess once told Us that the reason she is so dedicated to fitness goes beyond the body benefits: “It’s sort of my thing — as much for my head as my body.” 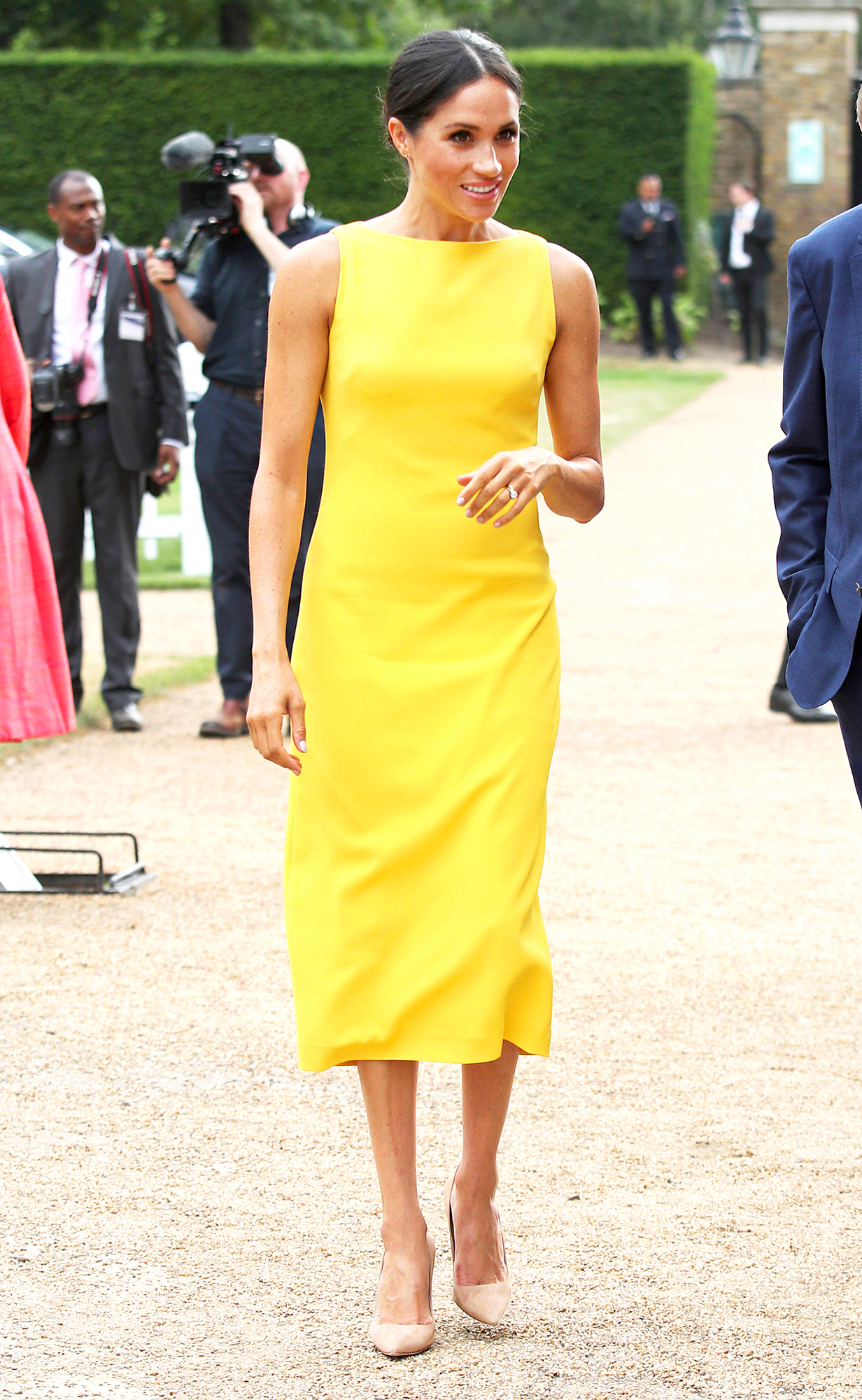 Before moving across the pond in November 2017, the former actress would go to megaformer-based Pilates Platinum classes in Los Angeles and has raved about the results she has seen from the technique. “[It’s] hands down the best thing you could do for your body,” she has said of the workout that fatigues specific muscle groups and focuses on strengthening your midsection. “Your body changes immediately.”

And despite her new royal role, the duchess’s unwavering commitment to fitness is likely here to stay. “There was an old episode of The Cosby Show where Clair Huxtable was trying to lose weight to fit into a dress,” she has told Us. “Debbie Allen is her trainer, and she literally says, ‘You’ve got to burn it to earn it. You’ve got to sweat it to get it!’ It’s the cheesiest thing in the world, I know, but if I’m on the treadmill thinking, ‘I don’t want to be there,’ I just go, ‘Think of Clair Huxtable — you’ve got to burn it to earn it!’”