Breaking it down! Joanna Gaines and Chip Gaines have found a way to explain the coronavirus pandemic to their five kids while self-quarantining at home.

“It’s important to us that the kids understand what’s happening outside of the farm,” the Magnolia Table author, 41, told Hoda Kotb during a virtual Wednesday, April 8, Today show appearance. “Right now, it feels kind of protected, sheltered [since] they don’t watch the news, they don’t have the stuff on their phones, they don’t know what’s really going on.”

Because of that, the couple sat Drake, 15, Ella, 14, Duke, 11, Emmie, 10, and Crew, 21 months, down for a chat. “We’ve really communicated just the seriousness of this and how we can be praying for people,” the Kansas native explained. “This is honestly something none of us ever want to forget.”

The family of seven have found a “new rhythm” while social distancing. Joanna told Kotb, 55: “It’s been interesting in that there’s no schedule. I’ve kind of loved that, for someone who typically likes everything scheduled, and I know what’s coming. It’s been nice to kind of let go and let things roll.”

She and Chip, 45, have been documenting their time at home via social media, from making family meals to playing with puzzles.

The Fixer Upper stars tied the knot in 2003, although the Capital Gaines star told E! News’ Jason Kennedy in an In the Room episode last month that he is “not a person that was naturally built for marriage.” 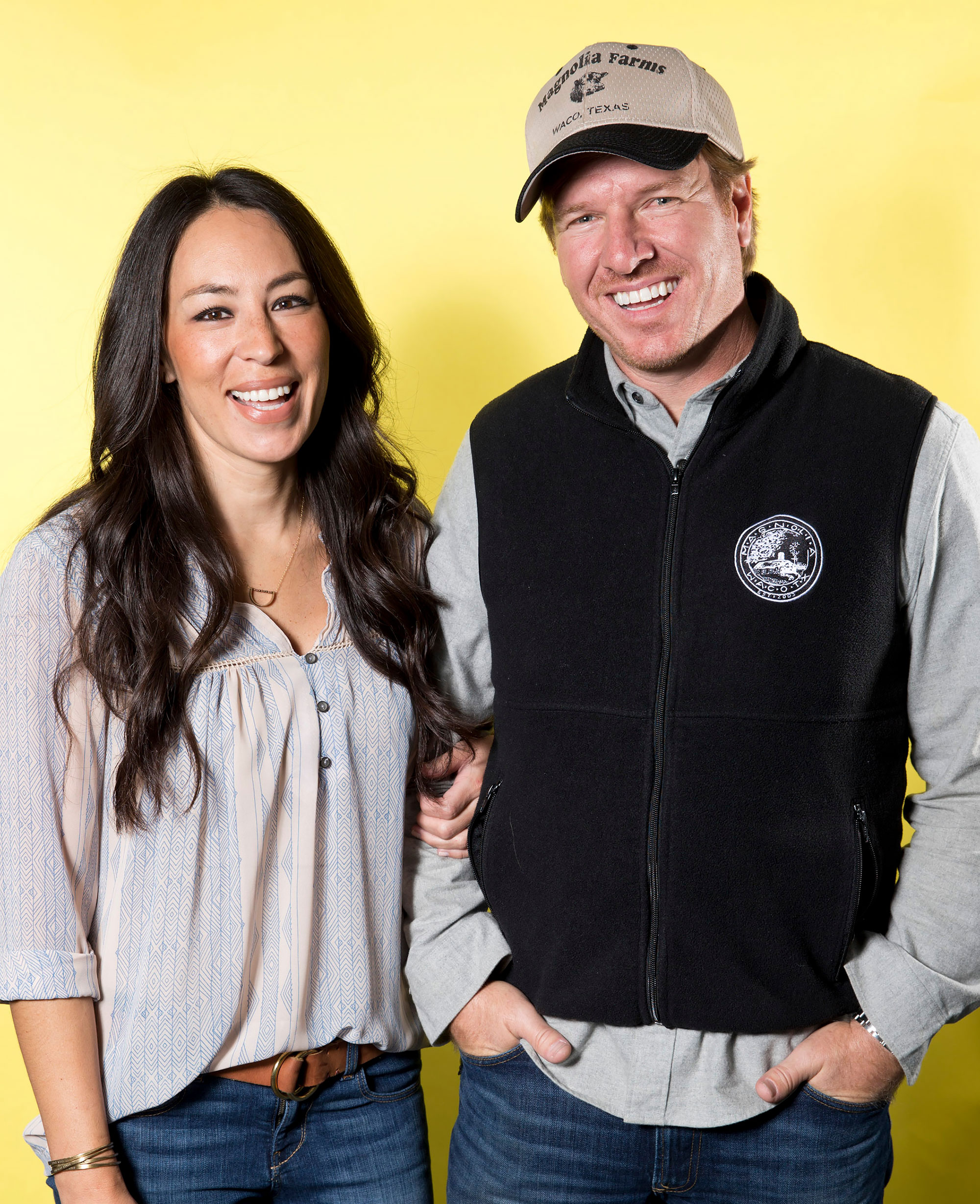 The New Mexico native explained in March: “I think anybody can have [a healthy marriage] like ours. At the end of the day I love Jo more than anything in the world. When you start experimenting with this idea that I love something more than I love myself — and I’m an arrogant, self-centered freak — [that’s when you know].”

Chip thought it was “crazy” when his friends started having kids at age 23 or 24. But now that he and the We Are the Gardeners author have five children, he wants more.

“I could see Crew having a little sibling and me being like, ‘I love this woman,’” Chip told Willie Geist in October 2019.