There he is! Karina Smirnoff posted a picture of her baby boy one week after announcing his arrival.

“Welcome to the world Theo Gabriel!” the former Dancing With the Stars pro, 42, captioned her infant’s Wednesday, April 8, Instagram debut.

In the close-up shot of the little one’s bare feet, he wore a polka-dot onesie. The dancer held her son’s leg with one hand in the social media upload.

Welcome to the world Theo Gabriel! ???

Us Weekly confirmed on April 1 that the Ukraine native had given birth. “She is doing well,” a source told Us at the time. “As a first-time mom, she’s a bit nervous but also excited!” 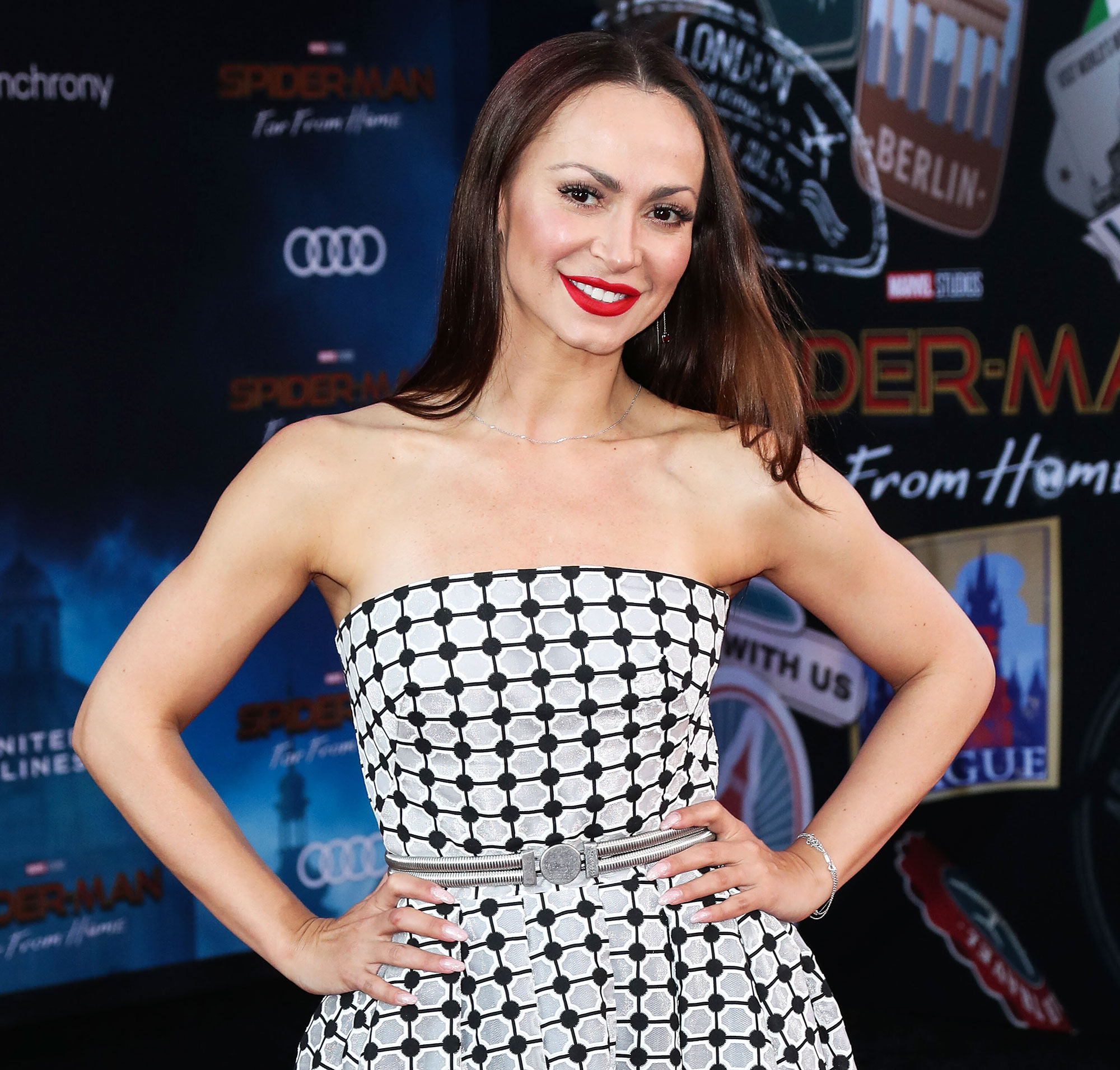 Theo’s arrival came three months after Smirnoff announced her pregnancy. “#BabySmirnoff coming in 2020!” the Fordham University graduate captioned her December 2019 Instagram photo of herself holding a positive pregnancy test. “And since it’s the holiday season, it’s the perfect time to give back! I’m happily going to donate $5K to @ResolveOrg to support all couples and families on their pregnancy journeys. Everyone have a great holiday!”

The new mom has yet to publicly comment on her child’s paternity. Smirnoff was previously engaged to Jason Edelman in January 2015 for two months before they called it quits. Prior to that relationship, she was engaged to fellow DWTS pro Maksim Chmerkovskiy and professional baseball player Brad Penny. In 2017, she was linked to Bachelorette alum Chad Johnson during a Famously Single appearance.

Smirnoff joined the cast of DWTS season 3 in 2006 and announced her departure nearly a decade later. She later returned for seasons 21 and 22 of the ABC show, last competing with former NFL player Doug Flutie in 2016.

“I was a little nervous about not dancing on the show at all last season. I was doing it for the last 10 years,” Smirnoff told Entertainment Weekly ahead of her return. “I had other things to do in my life, but not going back to the show felt like trying to see if I can walk on my own two feet! I’ve had obvious moments when I missed it.”