Two things can be true. Hilaria Baldwin shared a heartfelt message about missing the daughter she lost prior to welcoming babies Eduardo, 7 months, and Maria, 1 month. 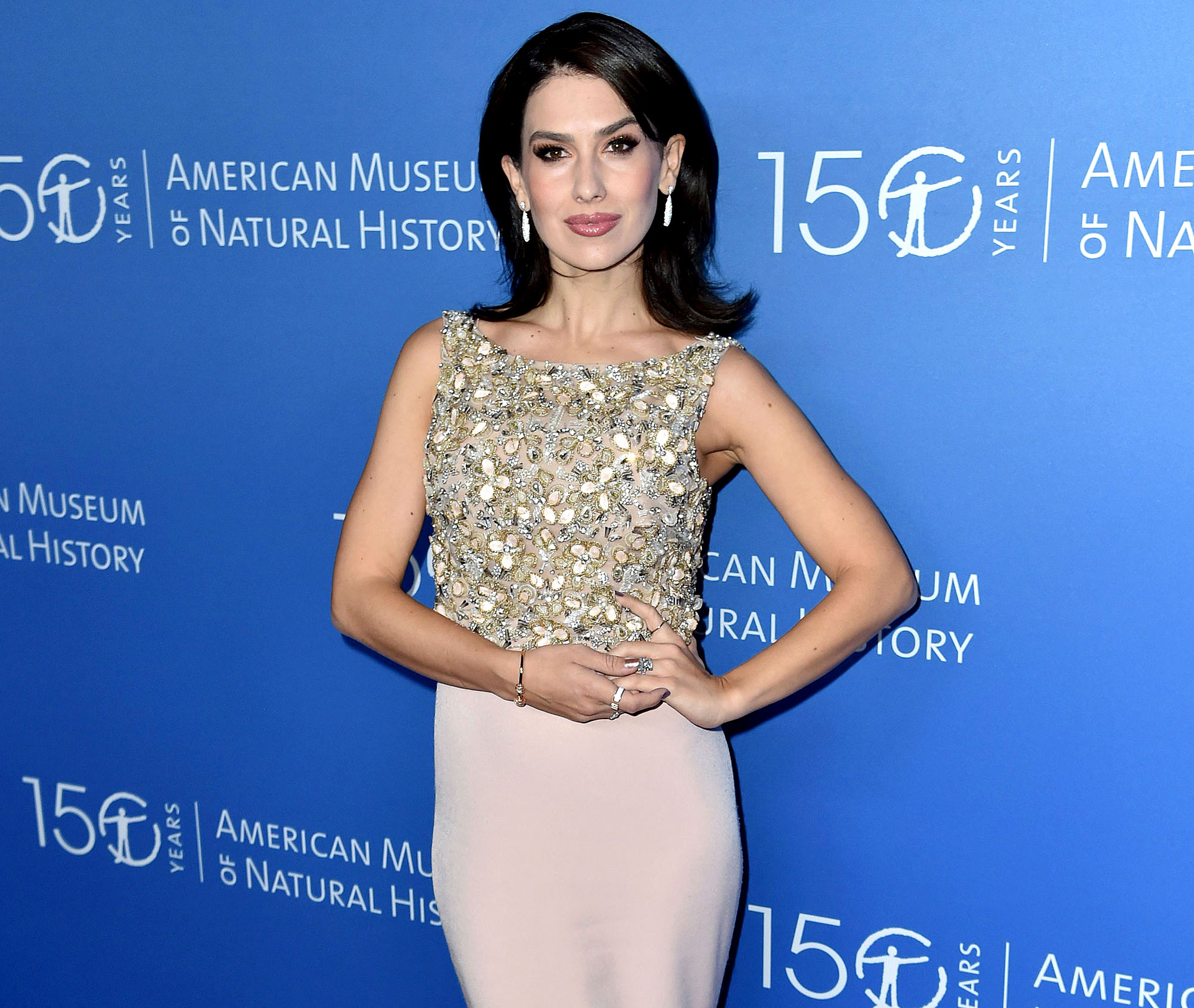 Baldwin’s statement came after she saw an Instagram post by Kara Keough Bosworth where the Real Housewives of Orange County alum detailed her feelings surrounding welcoming a new child, Vaughn, one year after losing son McCoy during childbirth.

In her stories, Baldwin quoted Bosworth, 32. “I tried to ignore that I’m living the unimaginable, and instead I focused on the fact that I’m ‘going’ through it. … [When people asked], ’How are you doing?’ I’d reply, ‘I’m doing.’ Because sometimes that’s enough,” she wrote. 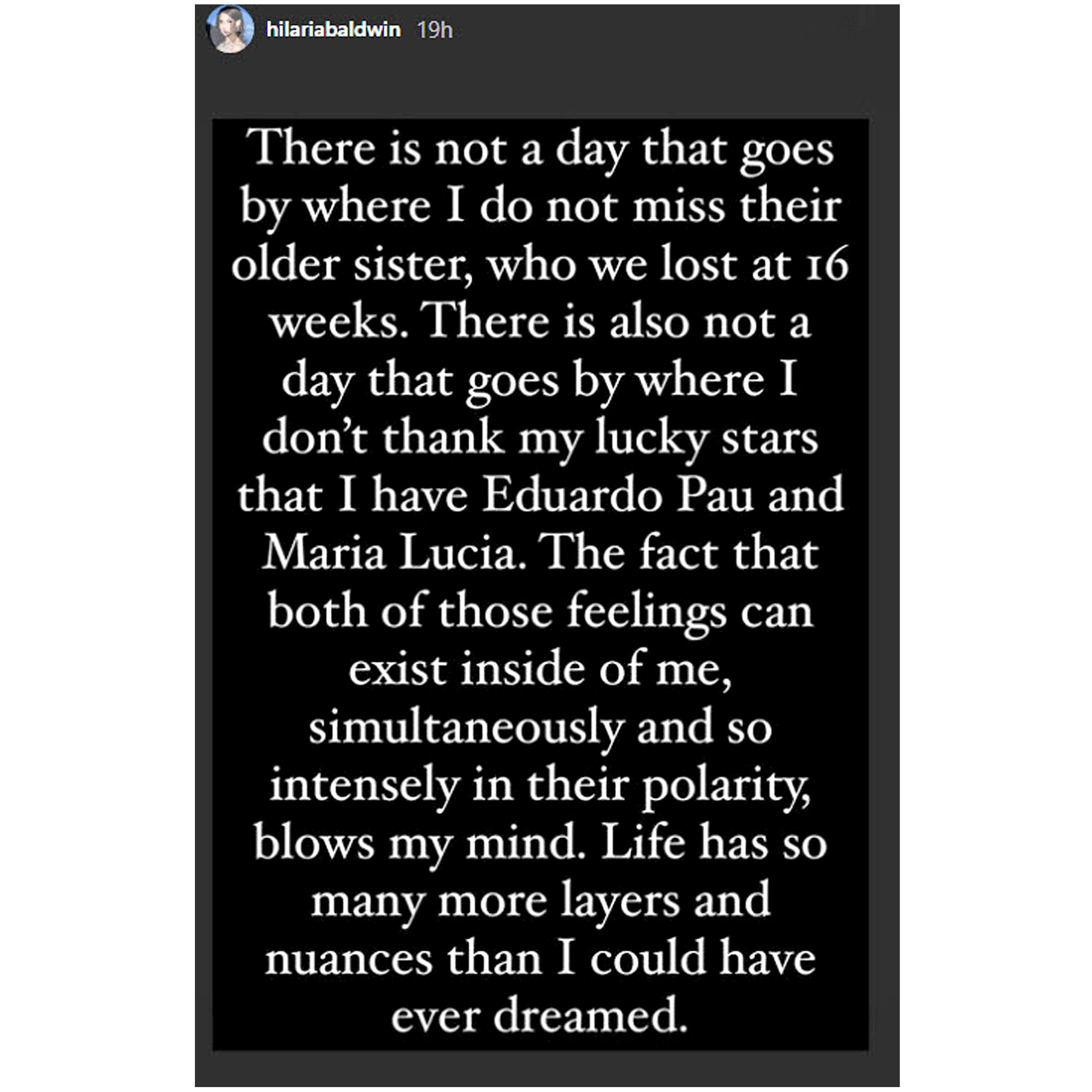 The New York University alum went on to share videos and photos of her “rainbow babies,” writing, “My heart has gotten to grow so much to love all of you so.”

The fitness guru and her husband, Alec Baldwin, announced on March 1 that they’d welcomed their sixth child, Maria, via a surrogate.

“We are very sad to share that today we learned that our baby passed away at four months,” Hilaria captioned an Instagram video in November 2019 after her second pregnancy loss. “We also want you to know that even though we are not OK right now, we will be. … I told Carmen that this baby isn’t going to come after all, but we will try very hard to give her a little sister another time.”

Last weekend, the “Mom Brain” podcast host posted an Instagram photo of her babies snuggling up next to each other.

See Hilaria and Alec Baldwin’s Family Pics Over the Years

“When I get down, all I have to do is look down, and it all falls into perspective and into place #gratitude,” she wrote on Saturday, April 10.