“You can see how much the baby moves,” the Total Bellas star, 36, captioned footage of her bare belly. “35 weeks.”

In the video, the former professional wrestler stroked her baby bump while her little one kicked and pushed against her skin. 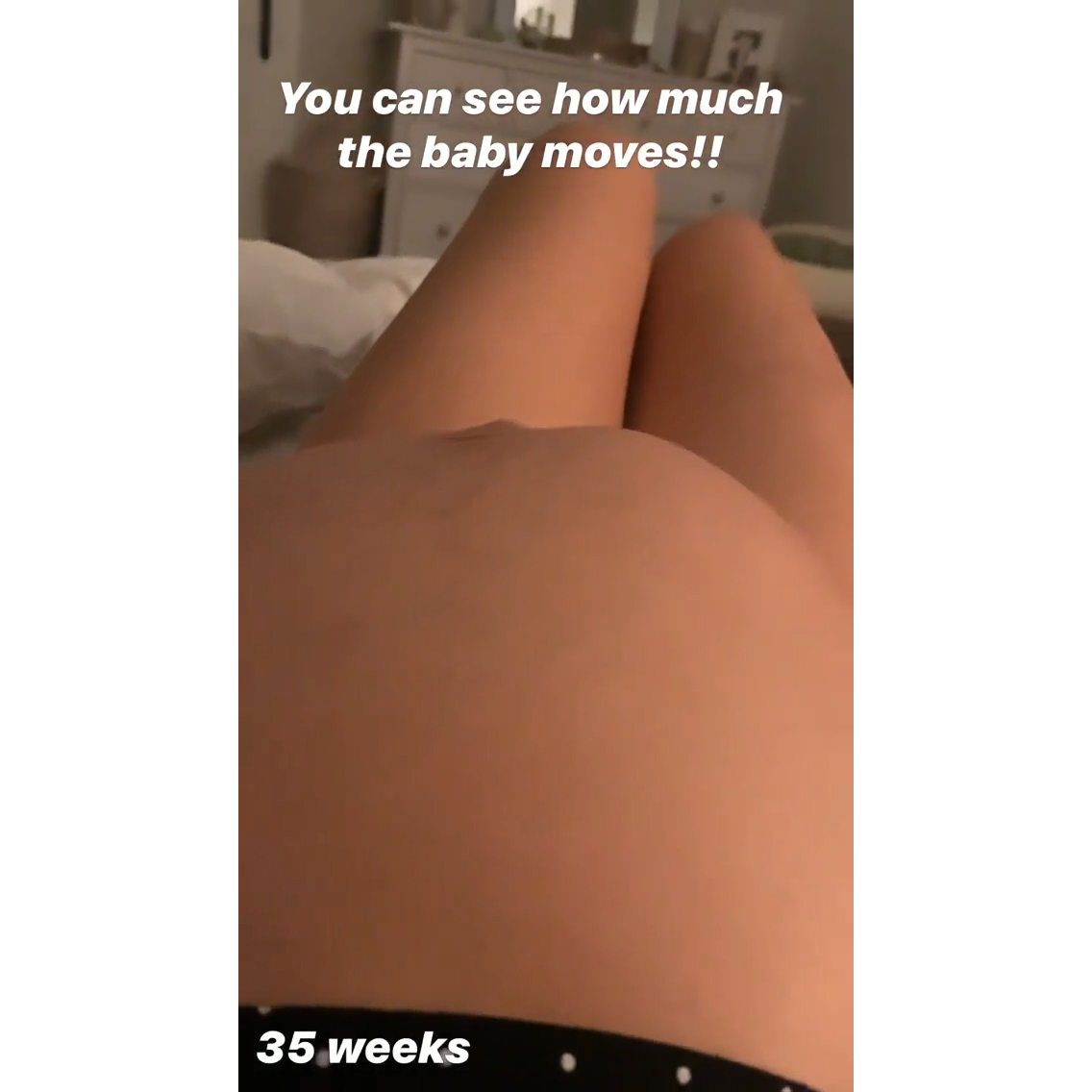 The California native announced in January that she and her husband, Daniel Bryan, are expecting their second child together, due within two weeks of her twin sister Nikki Bella’s first child. They previously welcomed daughter Birdie in 2017.

“We are shocked like all of you!!!” Brie captioned her Instagram reveal at the time. “Never in a million years thought did I think @thenikkibella and I would be having pregnant bellies together!!! Knowing us our babies will come the same day too lol!!!”

Three months later, the E! personality told Us Weekly exclusively how worried she is about finding balance when baby No. 2 arrives in July.

“That’s something I have to think about,” Brie told Us in April. “My husband and I travel for work and I told them, I’m like, ‘You’ve got till July to figure it out.’ Like [does] he take a step back? How do we balance it?”

While Bryan, 39, wanted to expand their family, the Incomparable co-author initially didn’t see siblings in Birdie’s future. She explained to Us at the time that she “loves being a career woman,” adding, “I was really dead set on just having one child. … I’m like, ‘Bryan, in my heart, I honestly feel like we’re just meant to hav one child.’ I just felt like, ‘It’s not in the cards for us.’”

The couple wed in 2014 and their relationship has changed since becoming parents. “Before having kids, it was just all about Bryan and I going on these adventures, having fun. All we thought about was us and we were on our own time,” Brie revealed. “When a child comes in, it rocks your world. I feel, like, immediately, as parents, [we] go into survival mode. You’re individually trying to survive and then you’re trying to have your marriage survive. I feel like, especially in the beginning stages, where fun is just not there. Then you’re working hard to try to find fun.”