Priorities in place! Hannah Ferrier has changed her mind about Below Deck drama since finding out she’s pregnant with her first child.

“I was kind of dreading this season a little bit and really nervous, but … I know it sounds awful, but I just don’t really care anymore,” the Bravo personality, 33, recently said on a“Reality Life With Kate Casey” podcast episode. “It’s such a small and insignificant thing when I actually look at what I’m growing inside me now.”

The realty star explained, “I think especially when you do have something like anxiety, I know that if I get stressed out or anxious, the baby’s gonna feel that as well. You’ve just gotta go ‘Whatever happens, happens and whatever people think, they’ll think.’ I know what’s going on and what I’m doing.” 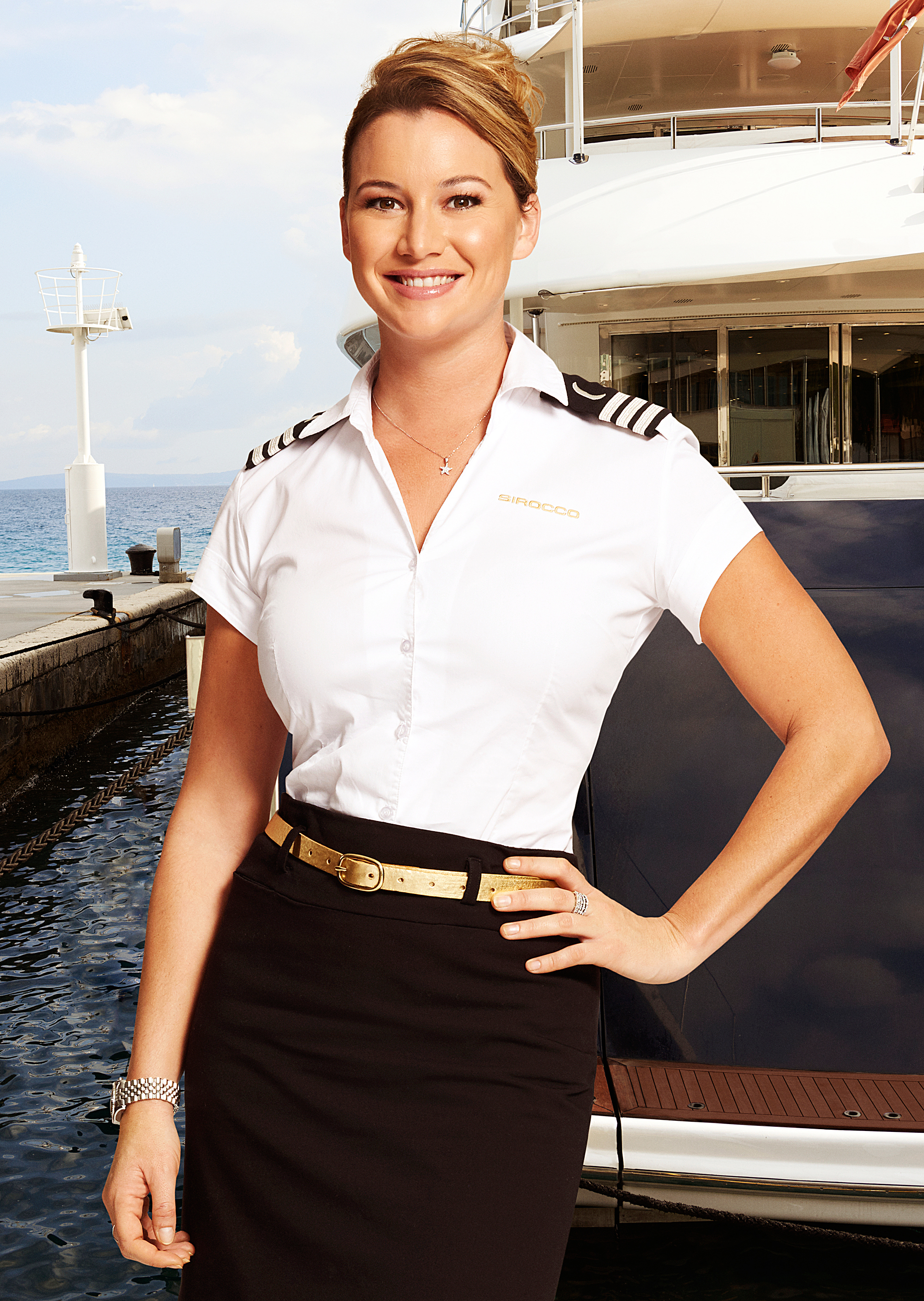 The Aussie has “come to peace” with that mindset, she told Kate Casey.

She has often feuded with her stewardesses, including this season’s Lara Flumiani. As her replacement, Captain Sandy brought back Christine “Bugsy” Drake, who Hannah clashed with during season 2.

Ferrier announced earlier this month that she and her boyfriend, Josh, have a little one on the way, writing via Instagram: “You are already my favorite adventure.”

At “five months along,” the pregnant star is out of her “awful” first trimester. “I was really, really sick,” she told Casey. “But if the quarantine is gonna happen at anytime, it worked out really well for me because it was basically like I was staying home being sick … like the rest of the world.”

On the Monday, June 22, episode of the Bravo show, the TV personality played with a charter guest’s baby, calling the experience “mother training.”

Ferrier gushed, “I love kids. There [are] so many, like, amazing, gorgeous moments. But at the same time … they’re really dirty. Putting your sticky little paws everywhere and f–king up my whole interior.”

In an interview earlier this month with Bravo’s Daily Dish, the chief stewardess said she is “100 percent” ready for motherhood, adding, “People are like, ‘Oh, it’s the hardest thing, and you’ll be so sleep deprived.’ I’m like, I just cannot see it being any harder or any more sleep deprived than a season of Below Deck Med, that’s for sure. If you ever want training to be a mother, then you should probably go and work on a superyacht for a few years, because I think it’ll be a walk in the park compared to that.”