Don’t mess with Mama! Grimes fired back at Elon Musk after he corrected her explanation of their newborn son’s unique name, X Æ A-12.

The singer, 32, took to Twitter on Tuesday, May 5, to break down each character in the baby’s moniker, explaining that “A-12” in particular is the “precursor to SR-17 (our favorite aircraft).” However, the Tesla CEO, 48, responded to her tweet the next morning to point out a typo. “SR-71, but yes,” he clarified.

Grimes (real name Claire Elise Boucher) was less than impressed by the correction, prompting her to reply, “I am recovering from surgery and barely alive so may my typos b [sic] forgiven but, damnit. That was meant to be profound.” Musk went on to call her “a powerful [queen].”

In Tuesday’s tweet, the Juno Award winner told fans that the “X” in her son’s name represents “the unknown variable,” the “Æ” is her “elven spelling of Ai (love &/or Artificial intelligence)” and the “A” in “A-12” could also stand for “Archangel, my favorite song.”

When a Twitter user wrote, “You realize this is a human child and not an EP right,” Grimes responded, “I think it sounds like the name of the main character in the story. I hope he vibes with that.” 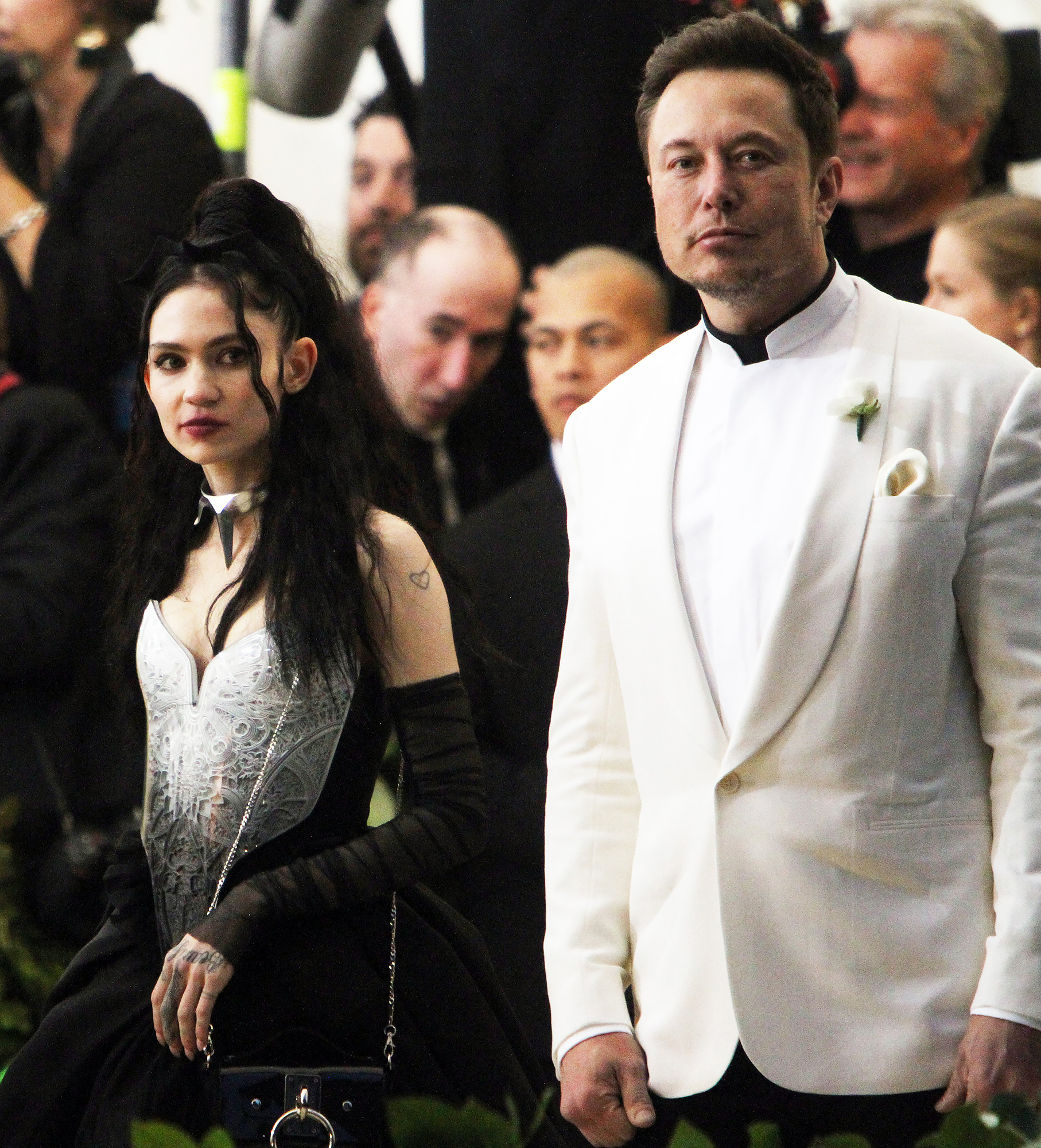 The couple welcomed X Æ A-12 on Monday, May 4. The entrepreneur tweeted two photos of the little one in the hospital at the time and told his Twitter followers, “Mom & baby [are] all good.”

While Grimes and Musk refer to their son as X Æ A-12 (the pronunciation remains unclear), California rules may require them to legally use a different name. The state constitution only allows use of the English language’s 26 alphabetical characters. It also bans diacritical marks such as accents.

This is the first child for the pair, who made their red carpet debut at the Met Gala in May 2018. Musk is also the father of twins Xavier and Griffin, 16, and triplets Damian, Saxon and Kai, 14, with ex-wife Justine Wilson. The former couple’s firstborn, Nevada, died of sudden infant death syndrome at 10 weeks old.