Taking time off! Pregnant Gigi Hadid gushed about what she’s “missing” ahead of her and Zayn Malik’s first child’s birth.

When a Twitter user asked the model, 25, whether she had “been on a horse for a safe ride or … [was] totally avoiding it,” she replied, “Early on I did (only walking tho) but not anymore. Missing it!!” 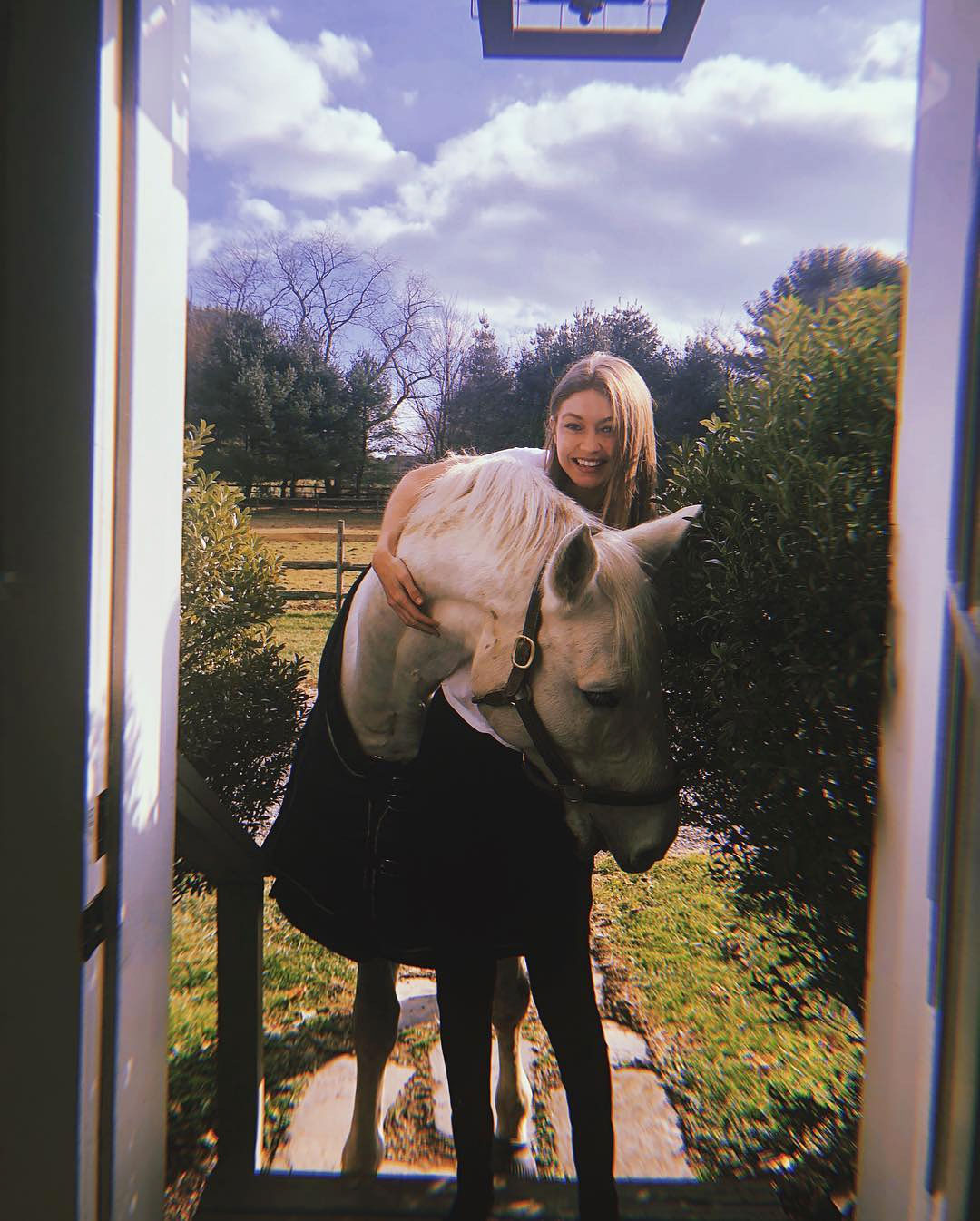 The Los Angeles native has been “taking [her] time sharing” the ins and outs of her pregnancy, Hadid said in a July 2020 Instagram Live video while giving a glimpse of her bare baby bump. She explained, “Right now I just want to experience it, and I just don’t wanna worry about waking up every day during my pregnancy and worry about having to look cute or post something.”

Us Weekly confirmed in April that the Real Housewives of Beverly Hills alum and her boyfriend, 27, are expecting their first child.

The couple are “closer than ever” ahead of their little one. “Gigi has been living at her mom’s farm with Zayn,” a source exclusively told Us in July. “She came back to NYC recently but she plans to spend most of her pregnancy there at the farm.”

Hadid previously spoke about her plans to have kids when she got “older,” telling i-D magazine in February: “One day I’ll start a family. I don’t know if I will always be modeling. I love the creative side of fashion, it’s so fulfilling. … But who knows? Maybe I’ll take up full time cooking!”

Multiple sources confirmed to Us the previous month that she and the “Pillowtalk” were back together after two breakups. “She’s always wanted to start a family with Zayn,” an insider told Us in January, noting that they’re “so in love” with each other.

So proud of my author mamma !!! Her new book #BelieveMe is out September 12th, but you can pre order it now!!! @yolanda.hadid ? link in her bio ? #lymedisease

The pair first started dating in 2015, then split three years later. They reunited soon after calling it quits, but broke up once more in January 2019. Hadid “tried hard to make it work” with the X Factor alum, an insider shared at the time.