Perfectly content. Gigi Hadid and Zayn Malik “aren’t in any rush to get married” after welcoming daughter Khai last year, a source exclusively tells Us Weekly.

“They’re happy with the way things are for now,” the insider says.

The model, 25, and former One Direction singer, 28, became parents in September 2020 after Us confirmed five months prior that they were expecting their first child together.

“Our baby girl is here, healthy and beautiful. To try put into words how I am feeling right now would be an impossible task,” Malik tweeted upon his little girl’s arrival. “The love I feel for this tiny human is beyond my understanding. Grateful to know her, proud to call her mine and thankful for the life we will have together.” 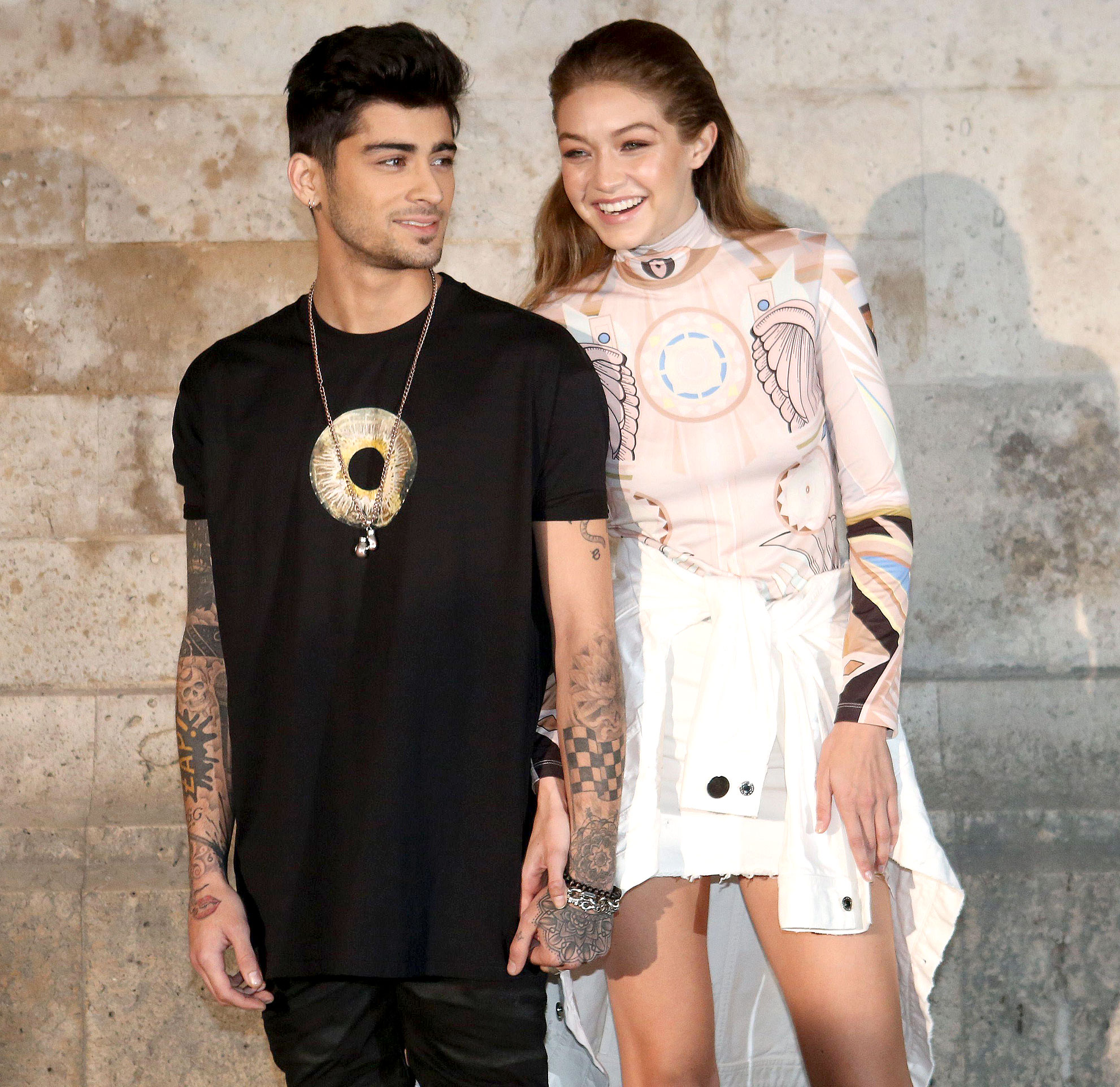 The couple, who dated on and off for five years before reconnecting in January 2020, have since continued to focus on their family of three.

“Gigi and Zayn feel so blessed,” the source says, noting their 6-month-old daughter is “such a sweet natured, calm baby.”

The California native has leaned into motherhood, giving glimpses into her world with Khai on social media from time to time, including a look at her office turned playroom.

“Gigi is a wonderful, hands-on mom. She could easily afford to employ a team of nannies but chooses not to,” the insider explains. “She prefers to do everything herself.”

The Victoria’s Secret Angel “can’t bear to be apart” from her little one and therefore tries to take her “wherever she goes,” the source adds.

When Hadid and the “Dusk Till Dawn” crooner do need a break, her mother, Yolanda Hadid, “is always willing to help out,” the insider says. “Khai adores her grandmother and gets super excited when she walks into the room.”

Last month, Ingrid Michaelson sparked speculation that Malik and Gigi were actually married when promoting her and the British singer’s new song, “To Begin Again.”

When describing her collaborator during a Patreon livestream in March she said, “He’s such a private person and now he’s married and has a child so, he does the things he wants to do.”

After her remarks trended on Twitter, the “Light Me Up” singer took to Instagram to clarify her claims, blaming the innocent slip of the tongue on her whirlwind press tour.

“On my Patreon livestream, I said that I’m working with Zayn. I mentioned that he was married, and he’s not married. As far as I know, he’s not married,” she said. “It was a mistake. I’m so sorry, I said I was sorry. I don’t live in this world. So, the level of fame, it makes me really, truly admire Zayn and anybody with that level of fame. Every little thing you say is just, wow, I’m not built for it.”

The lovebirds didn’t comment on the marriage speculation, but Malik did gush over his girlfriend’s “wicked” parenting skills the same month.

“Obviously, she’s a really big help with everything, and she’s doing well,” he said on iHeart Radio’s Valentine in the Morning in March, adding that life is “amazing” as a father.