Prince Philip Through the Years: The Duke of Edinburgh’s Life in Photos

The royal kids were noticeably missing after their parents were spotted leaving Kensington Palace on Saturday. Due to COVID-19 protocol, there were only 30 people in attendance at Philip’s services. 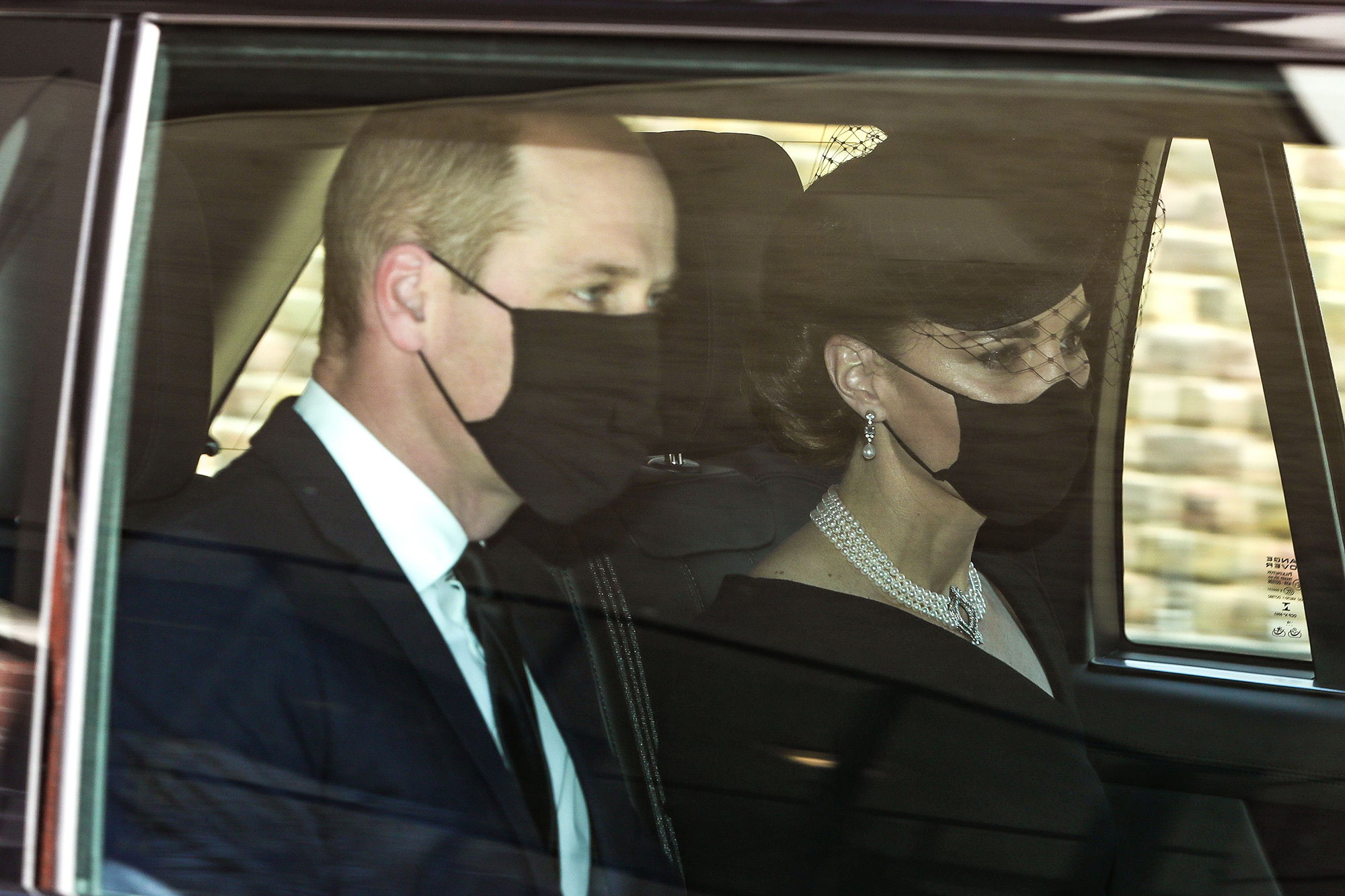 The Duke, 38, and Duchess of Cambridge, 39, “gently” told Prince George, 7, Princess Charlotte, 5, and Prince Louis, 2, about the Duke of Edinburgh’s April 9 death at age 99, a royal source exclusively told Us Weekly that same week.

“William told George, Charlotte and Louis that Prince Philip has ‘gone to heaven’ and ‘is an angel now,’” the insider explained at the time. “They’re still so young.”

While Louis had only met his great-grandfather “a couple of times,” his older siblings were “naturally … very upset” at the news. The source added, “George, Charlotte and Louis helped William choose a photograph of Prince Philip to hang in their home in memory of him.”

Following the Greek native’s passing, William revealed a never-before-seen photo of George and Philip riding side-by-side in a carriage. Philip, who helped develop the equestrian event of carriage driving, smiled at the camera in the sweet shot, while the little one held open a picture book.

“I will never take for granted the special memories my children will always have of their great-grandpa coming to collect them in his carriage and seeing for themselves his infectious sense of adventure as well as his mischievous sense of humour,” William wrote in a Monday, April 12, statement.

He went on to praise the “extraordinary man,” writing, “My grandfather’s century of life was defined by service, to his country and Commonwealth, to his wife and Queen [Elizabeth II], and to our family. I feel lucky to have not just had his example to guide me, but his enduring presence well into my own adult life, both through good times and the hardest days. I will always be grateful that my wife had so many years to get to know my grandfather and for the kindness he showed her. … Catherine and I will continue to do what he would have wanted and will support The Queen in the years ahead. I will miss my Grandpa, but I know he would want us to get on with the job.”

The monarch began an eight-day period of mourning after her husband’s death, putting a hold on all laws and state affairs that required her approval. For 30 additional days, the queen will resume her royal duties in private.