As if 3-year-old Kaavia Union Wade could get any cuter — she went and wore an adorable matching outfit with mom Gabrielle Union. On Wednesday, the duo walked the red carpet for the premiere of Cheaper by the Dozen, an upcoming remake of the 1950 comedy. They were wearing the exact same white sequined outfit, with Gabrielle in a crop top and long skirt and Kaavia rocking a dress and flats.

Prepare for some high-level adorableness ahead. 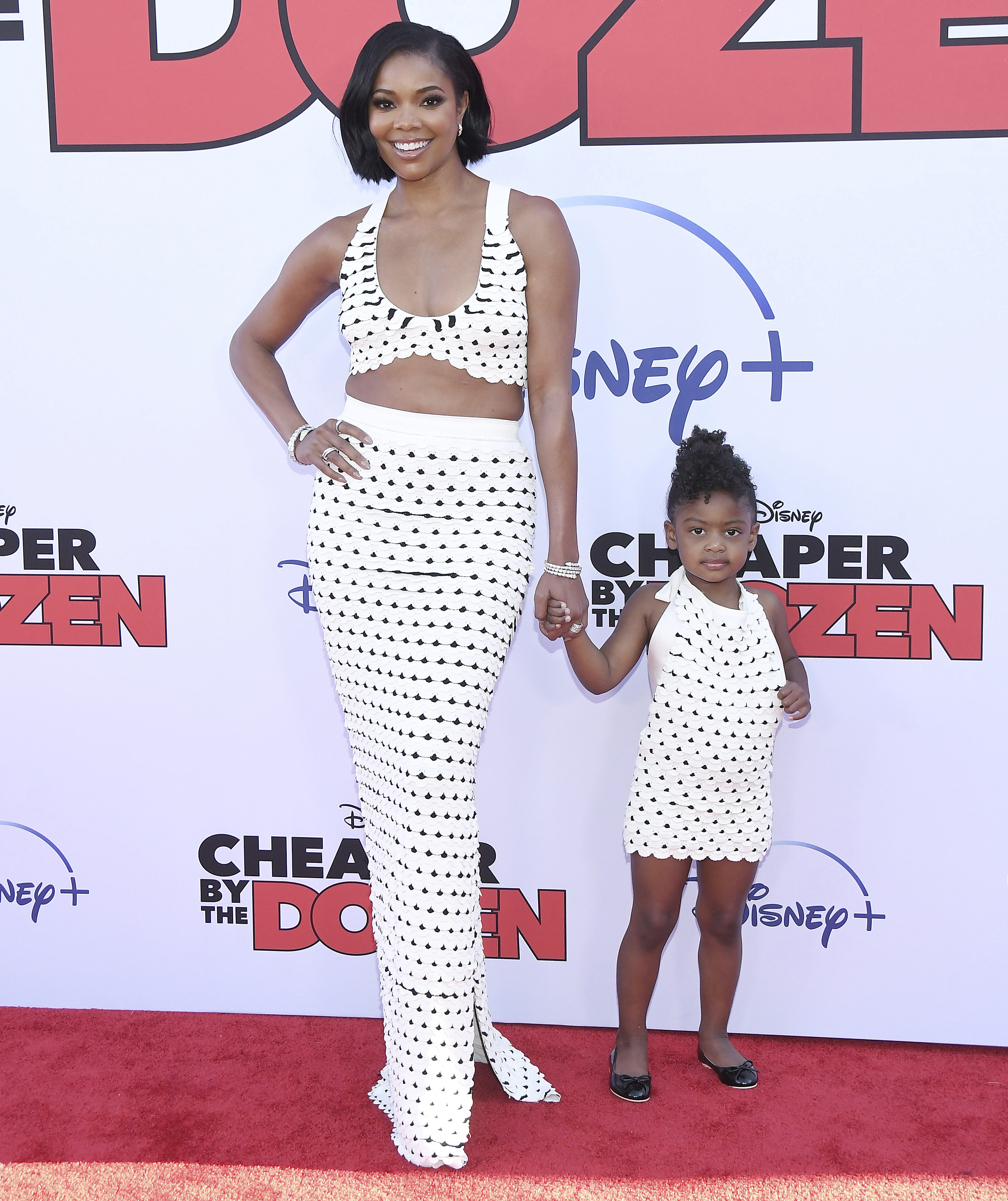 Union also shared some candid photos from the day of the Cheaper by the Dozen premiere, featuring her husband Dwyane Wade, stepdaughter Zaya, and Kaavia. “Family over everything,” she wrote. Another picture showed the matching mama-and-daughter duo, which Union captioned: “Feeling it.”

It’s only fitting that the whole Union/Wade clan came out for this special day. Union’s new film, which premieres on Disney+ on March 18, is all about one big, loving family. Cheaper by the Dozen tells the story of the Bakers, a blended family of 12 who juggle a crazy-busy home life and their own business.

The film’s story hit home for Union. The actress is stepmother to three children and told E! News that when it comes to the challenges of co-parenting, she’s still “trying to figure it out.”

“As we’re dealing with our former spouses, how do you establish a real boundary? What’s fair, not fair?” she said, adding, “how great it can work when we actually center the needs and peace of the children and not the adults. So that was relatable.”

Cheaper by the Dozen, Union explained, leans into all those confusing grey areas — and hopefully makes parents feel less alone. “That’s the beauty of the movie,” she said. “None of us have all the answers. Sometimes we need to humble ourselves and say, ‘I don’t know but how can we fix it together.’”

We’re so here for stories about blended families … especially if it involves getting a cute cameo from Kaavia.