Happy Mother’s Day — times six! Future took the time to individually honor six of the women with whom he has children while celebrating the Sunday, May 10, holiday.

First up, the rapper, 36, tweeted about India J, with whom he shares 11-year-old daughter Londyn. He wrote, “Happy Mother’s Day India..such a great mother and always putting the kids 1st..u keep me sane and I’m forever grateful for u,Thank u.”

Next, Future (real name Nayvadius Wilburn) gave a shout-out to Brittni Mealy, the mother of his 7-year-old son, Prince. “Thanks for holding my PRINCE down Britt,” he tweeted. “Your love for your kids is amazing and I thank u for staying on top of the business..Happy Mother’s Day.” 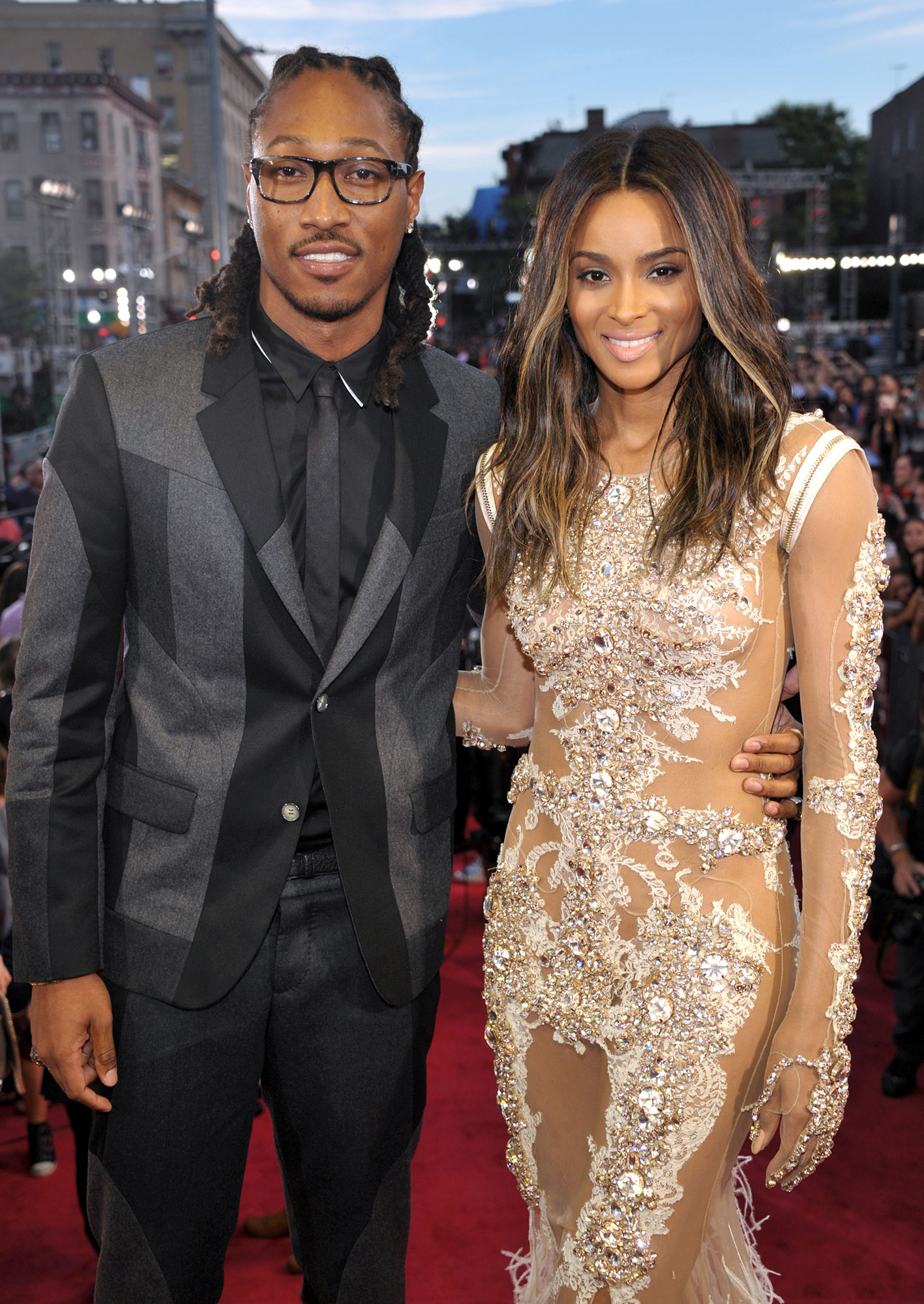 The Grammy winner then shared a to-the-point message to his ex-fiancée Ciara, with whom he shares 5-year-old son Future Jr. “Happy Mother’s Day Ci..Baby Future is Life,Preciate u,” he wrote.

As for Joie Chavis, Future thanked her for “being an incredible mom” to their 16-month-old son, Hendrix. “U holding it down! Real one,stay solid HAPPY MOTHERS DAY,” he wrote.

In addition, the entertainer paid tribute to the unidentified mother of Kash, calling her a “real one” who is “cut frm [sic] a different cloth,” as well as the mystery “mami” who gave birth to Paris. 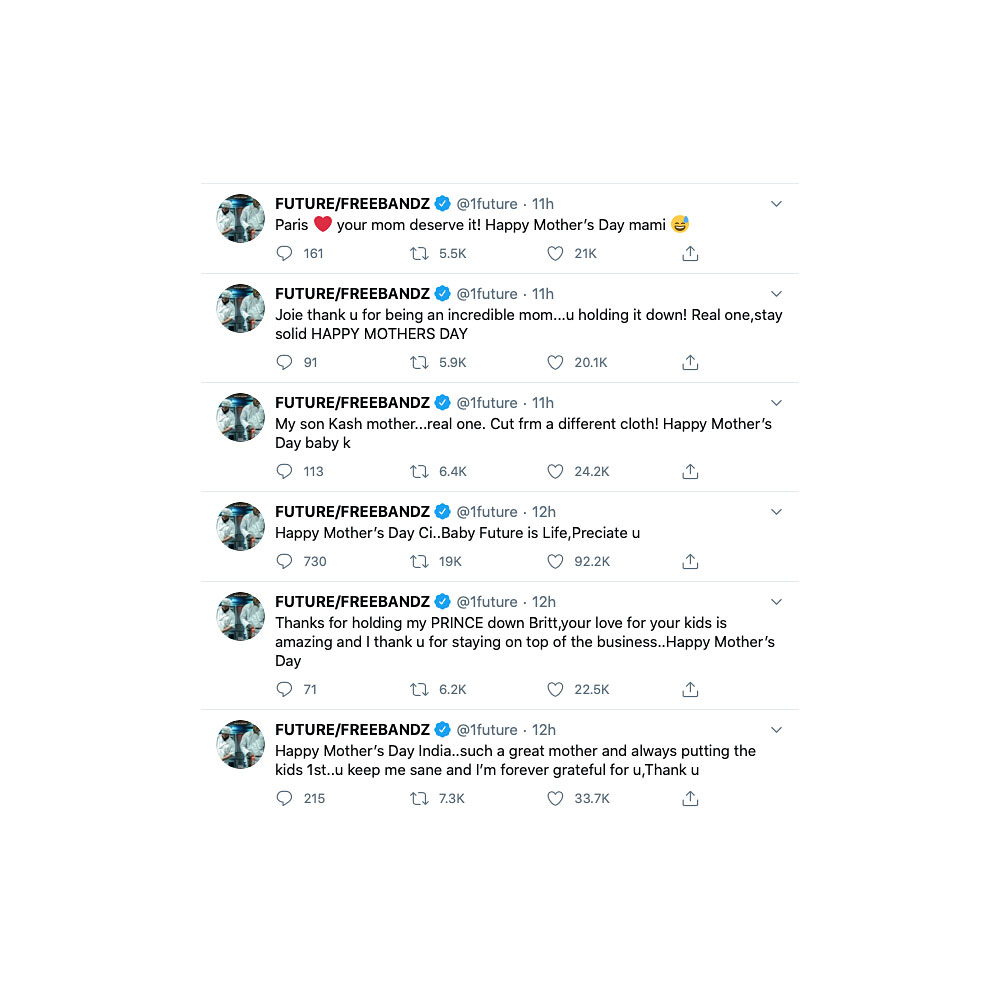 Future is also the father of son Jakobi, 17, with Jessica Smith. He has been named in multiple court battles regarding the paternity of other children through the years.

The “Mask Off” rapper most famously dated Ciara from 2013 to 2014. Us Weekly broke the news that the former couple called off their engagement just three months after welcoming Future Jr.

“I grew up with my mom and dad being together, the idea of it being, ‘Mommy and Daddy that made baby.’ Then, all of a sudden, you’re living your life in front of the world,” the “Level Up” singer, 34, said on Jada Pinkett Smith’s Red Table Talk in June 2019 while reflecting on the breakup. “That adds a whole other layer. ‘I feel like I’m failing right now. They’re gonna roast me. Here they come in the comment section.’ … All that stuff. It’s real. You can’t help but to think of it.”

Ciara is now married to Seattle Seahawks quarterback Russell Wilson. They are the parents of 3-year-old daughter Sienna and have a son on the way.