Steve Irwin’s daughter Bindi Irwin and her daughter Grace Warrior truly are one of the sweetest mother-daughter duos, and this new photo only proves that further. On Nov 24, Bindi shared a super-sweet snapshot of her and her daughter Grace on her Instagram. The Crikey! It’s the Irwins star uploaded the photo with the heartwarming caption, “Thankful for this beautiful girl every minute of every day.”

In the photo, we see Bindi holding Grace tightly in her arms as they stand in a sprawling field, with Grace holding onto her mama as well as they touch foreheads. Bindi is rocking a blue flannel, while Grace looks like a little angel in her white look. They look so happy and at peace in this mama-daughter photo!

Now, while this is a super-sweet snapshot of the two, everyone is losing it over one thing: When did Grace get so tall? Seriously, everyone is scratching their heads about where the time has gone! One fan commented, “How is she growing up so fast I swear she was just a newborn,” and another one chimed in, adding, “Someone is getting talk very quickly❣️😁 Beautiful picture!”

However, it makes sense that she’s grown up so much because her second birthday is less than four months away now! Bindi and her husband Chandler Powell welcomed their adventurous, expressive daughter Grace Warrior, 1, on March 25, 2021, which was exactly one year after their intimate wedding ceremony at the Australia Zoo.

Since then, Grace has been the pinnacle of a “Wildlife Warrior,” constantly exploring the zoo and befriending the animals who inhabit it. In a previous interview with People, Bindi and her mother Terri Irwin talked about Grace’s bold personality. Bindi said, “Grace already has such a strong and independent personality. My hope is that she feels supported to undertake and accomplish anything she sets her mind to.” 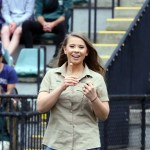 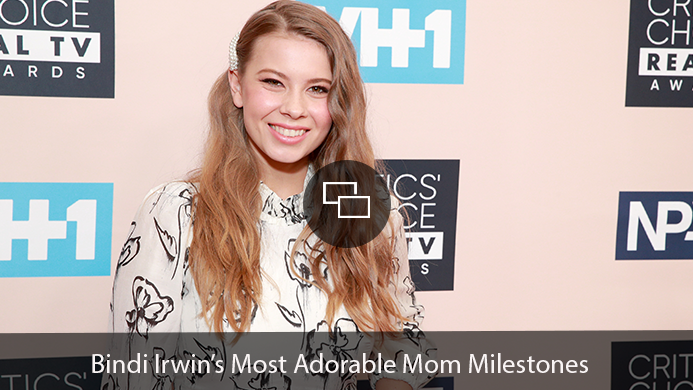