Dawson’s Creek darling! Jodie Turner-Smith and Joshua Jackson welcomed their first child, their reps confirmed to People magazine on Tuesday, April 21, adding that “both mother and baby are happy and healthy.”

Us Weekly broke the news in December 2019 that the actress, 33, was pregnant and had married the Dawson’s Creek alum, 41.

The actor is “so supportive of Jodie and loves to cheer her on,” a source told Us exclusively at the time. 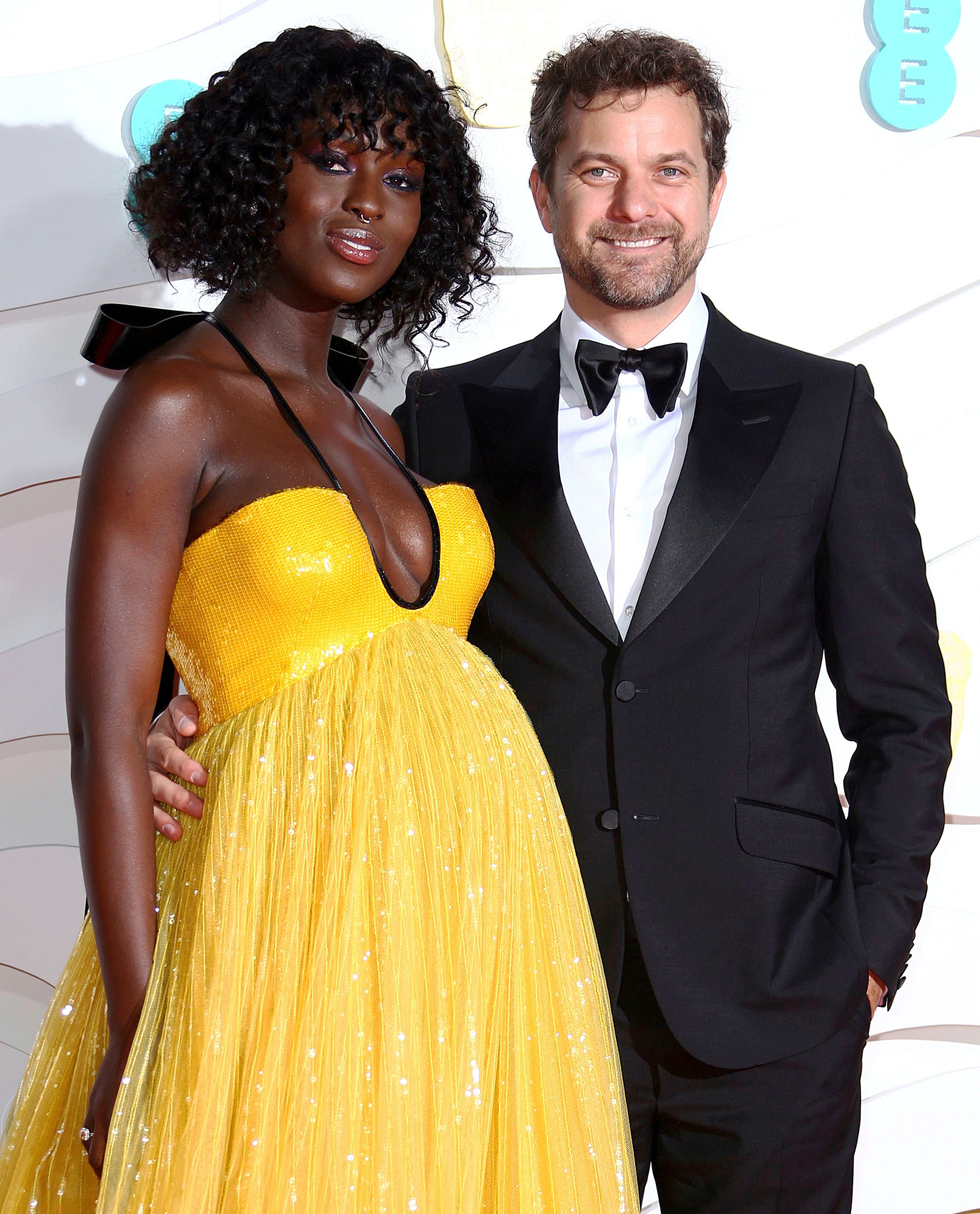 Two months later, the Queen & Slim star made her red carpet baby bump debut at the 2020 BAFTA Awards in London in a yellow Gucci gown. The sequined halter dress flowed over her budding belly while she posed for pictures.

She gave an inside look into her pregnancy symptoms after the awards show, tweeting, “The #BAFTAs are not yet over but this pregnant lady has to leave because if I don’t eat every 2.5 hrs I turn into Florence Pugh from the 3rd act of Midsommar— highly emotional & very likely to let my man get sewn into a bear costume and burnt alive.”

Jackson has been “more tired” during the pregnancy than his wife, she told the Times that same week, adding, “Joshua tells me every day, ‘The way you’re handling this is incredible.’”

The Last Ship alum wants to raise her and the Canadian star’s children outside of the United States, she went on to tell the outlet. “The racial dynamics over here are fraught,” Turner-Smith said. “White supremacy is overt. It’s the reason I don’t want to raise my kids here. I don’t want my kids to grow up doing active shooter drills at school. … England has gone off the rails, so I was thinking maybe Canada.”

In January, the model hinted at the sex of her baby-to-be. “I think she’s bored,” Turner-Smith told Jim Carrey during a January Graham Norton Show appearance. “There’s been no kicking.”

She opened up about the final stretch of her pregnancy on Thursday, April 2, tweeting, “Doing well, staying positive, staying safe, walking as much as I can.”

Turner-Smith and the Fringe alum were first linked in November 2018. Jackson previously dated Diane Kruger from 2006 to 2016, and the Troy star, 43, now shares a daughter with her boyfriend, Norman Reedus.