Baby on board! Erica Mena confirmed that she is pregnant and expecting her second child, her first with her boyfriend, Safaree Samuels, Us Weekly confirms.

“I’m nervous,” Samuels, 38, said in a Tuesday, October 1, video obtained by E!. “I’m in shock. I’m in disbelief. It’s very surreal to me. I don’t know what to do but I know I’m going to be great at what I do because I’m great at everything.”

Last month, the rapper, 38, put a stop to speculation that the Love & Hip Hop New York star, 31, had a little one on the way. “Y’all been saying she’s pregnant since December,” Samuels commented on an Instagram video of Mena in a crop top. “The Internet knows more than the [people] involved nowadays.” 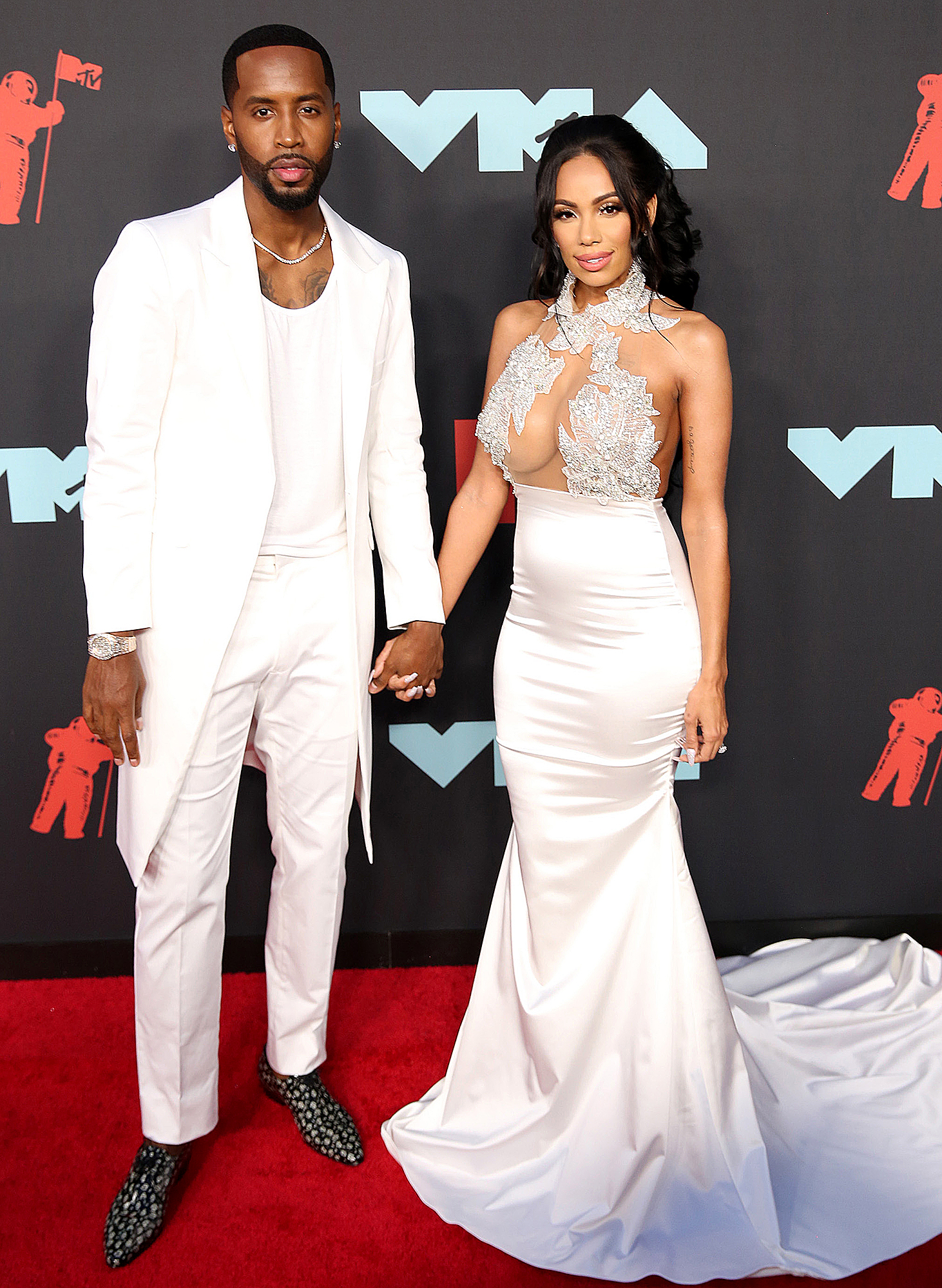 That wasn’t the first time that the couple denied pregnancy rumors. In April, the model responded to suspicious social media followers, writing, “No [I’m] just thicker than before. God willing soon but that’s all festival lol.”

The pair, who have been dating since November 2018, have been open about their plans to conceive. During a March Instagram Live video, the reality star said that she’d been consuming “sea moss” to better her chances. “We’re trying to have a baby, so we’re putting it inside our drinks and stuff,” she explained at the time.

In September 2018, the “Hunnid” rapper tweeted about his plans to find his wife and start a family. “I’m so serious when I say the next woman I have sex with will be my wife,” he wrote on Twitter at the time. ”I can go ages without sex, I don’t care about it. I’m looking for a wife. I want a relationship, something real. If you’re not trying to give that I’ll keep my meat wrapped around my leg 2myself. I already spend a lot of time alone so abstinence will not be a problem at all. This birthday made me realize something and I refuse to grow old and not have a mini me and some1 to share this wood with.”

A decade later, she and Bow Wow got engaged after six months of dating. The “Like You” rapper, 32, (real name Shad Moss) confirmed the news with an Instagram post showing off Mena’s engagement ring and his matching diamond-encrusted Rolex watch. The former couple split in 2015.

As for Samuels, he was previously linked to Nicki Minaj for 12 years until their 2014 breakup.