All in the family! Dua Lipa shared her excitement for Gigi Hadid and Zayn Malikbecoming first-time parents.

The 24-year-old “Don’t Start Now” singer — who is dating Hadid’s brother, Anwar Hadid — opened up about Gigi, 25, and Malik, 27, taking the leap into parenthood during an appearance on New Zealand’s The Edge. At the time, the radio host asked Lipa: “Technically, you’re going to be an auntie?”

The interviewer noted that “it’s going to be one hell of a baby shower” because of her and Malik’s presence along with The Weeknd, who is Gigi’s sister, Bella Hadid’s ex-boyfriend. Lipa was then asked “how long” she has “been sitting on this secret.” 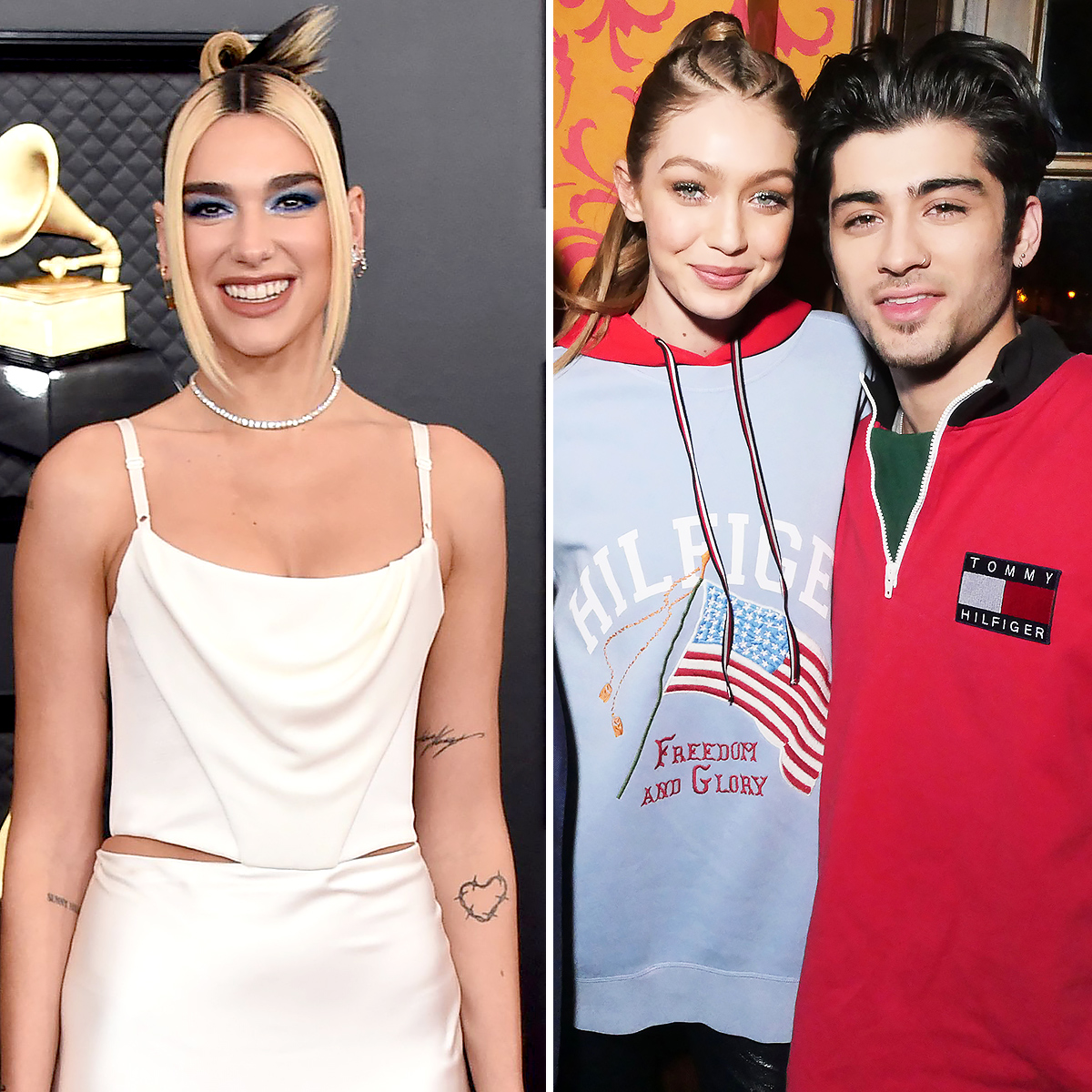 However, the English star played coy by saying, “Ah, you guys are really putting me in a … not long! Not long!” Lipa confessed that she only knew about the Victoria’s Secret model’s pregnancy “a little bit” before the general public found out.

Us Weekly confirmed on Tuesday, April 28, that Gigi and Malik are expecting their first child together. A source told Us that Gigi “has been telling her close friends and family” about the couple’s milestone, noting that she was “trying to keep it low-key” before publicizing the news.

“She has been so grateful for all the well-wishes and congratulations she’s received,” the insider continued. “She’s so excited to be a mom and so happy to be pregnant, and to be embarking on this new journey of motherhood, especially with Zayn by her side.”

Gigi opened up about her pregnancy for the first time during an appearance on The Tonight Show Starring Jimmy Fallon on Thursday. “Obviously, we wish we could’ve announced it on our own terms,” she began. “But we’re very excited and happy and grateful for everyone’s well wishes and support.”

Earlier on Thursday, Us exclusively revealed that the Los Angeles native is “practicing all the self-care and good, positive-vibe rituals” ahead of the baby’s arrival. Meanwhile, the source also noted that the former One Direction member has been “doting” on Gigi and that she “has been equally as supportive of him.”