When my children left the nest, I flew away, too. I landed in Morocco. Solo. Sight unseen.

I signed a two-year contract to teach English at The American School of Marrakesh. I hoped to travel cheaply, write more, and choose faith over fear. My daughter, 24, and son, 21, said I had their support. 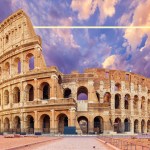 The Mom's Guide to Rome

Before boarding the plane, I’d said goodbyes. Hard ones. The kind that makes you wonder why you started this journey in the first place. The night before, I’d cried with my daughter, inhaling her as we hugged. She said she couldn’t bear going to the airport but wanted my perfume to remember how I smelled. Outside the security gate the next morning, I stretched to hug the neck of my 6’ 5” son. I almost didn’t let go.

The pain of leaving the people I loved most in the world felt too great, our bonds too strong, for me to take flight. I resisted all that had been set into motion, but the plane, stronger, thundered into the sky. 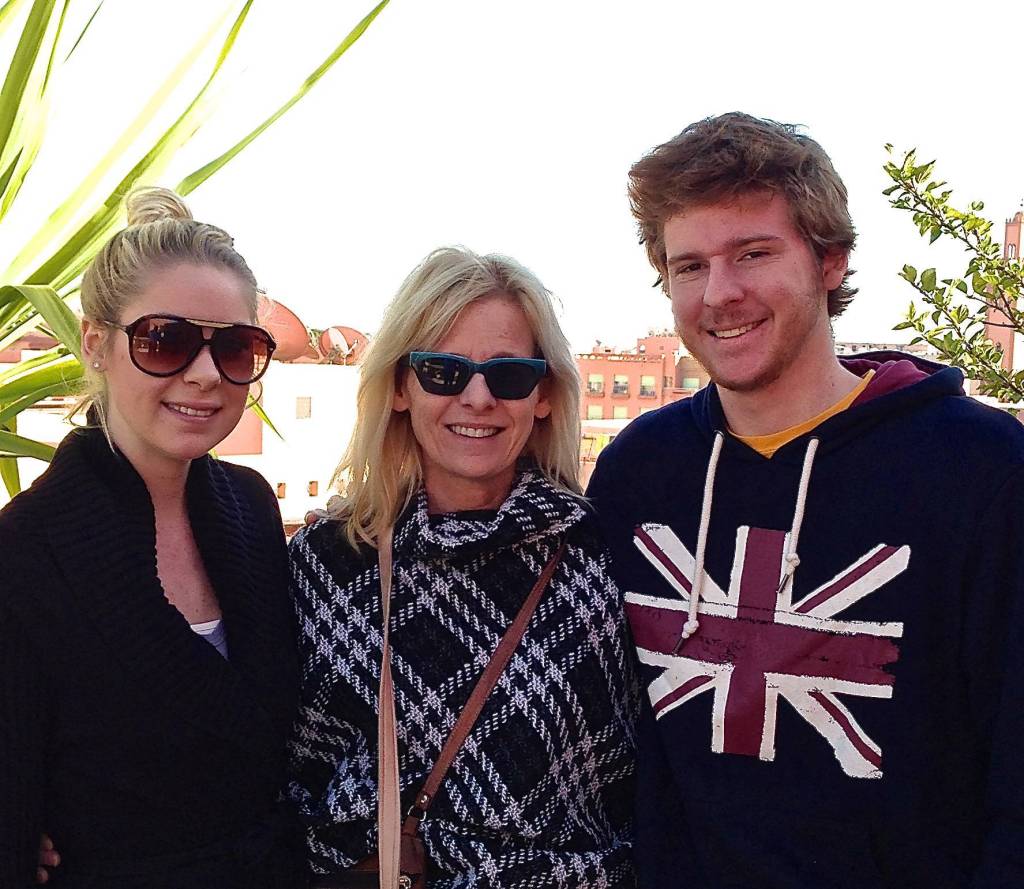 I became a single mom when my daughter was in kindergarten and my son was a toddler. We became the Three Musketeers. I taught English at the school they attended K-12. Life was Jasmine and Pooh, tea parties and tutus, Spongebob and LEGO, field trips, drama, chorus, football, cheerleading, soccer, and wrestling in between. Summers we rode “The Hulk” at Universal Studios, waves in Destin, and once, in a convertible, up the California coast. Sometimes we drove each other crazy, but mostly, we laughed and loved each other. Hard.

Friends said when my nest emptied, “Your children are independent and living their own lives. You’ve accomplished your goal.” Congratulate myself on phasing out the most important job I’d ever have? Celebrate that my constant companions no longer needed or wanted me around as much? Bizarre.

I’d read What to Expect When You’re Expecting to prepare for the weird bodily changes no one tells you about — the dark line that can appear on your stomach, gestational diabetes, hemorrhoids. But I found no such book on what a single, empty nester mom should expect and how to deal with it. At our conservative Christian school, I was an anomaly. I’d hoped to remarry. How shocking that I probably had as many years left to live alone as I’d lived with my children. Maybe I held on so tightly because I’d had two miscarriages and lost my husband and dad the same year. Maybe it was my enneagram number, my anxious attachment style, my DNA. Or … maybe … I just enjoyed two amazing, fun human beings and never wanted to stop hanging out.

When they were in high school, I took out insurance against grieving when the time came. I joined a global salsa dancing community, made lifelong friends, and led students on 10-day educational tours. 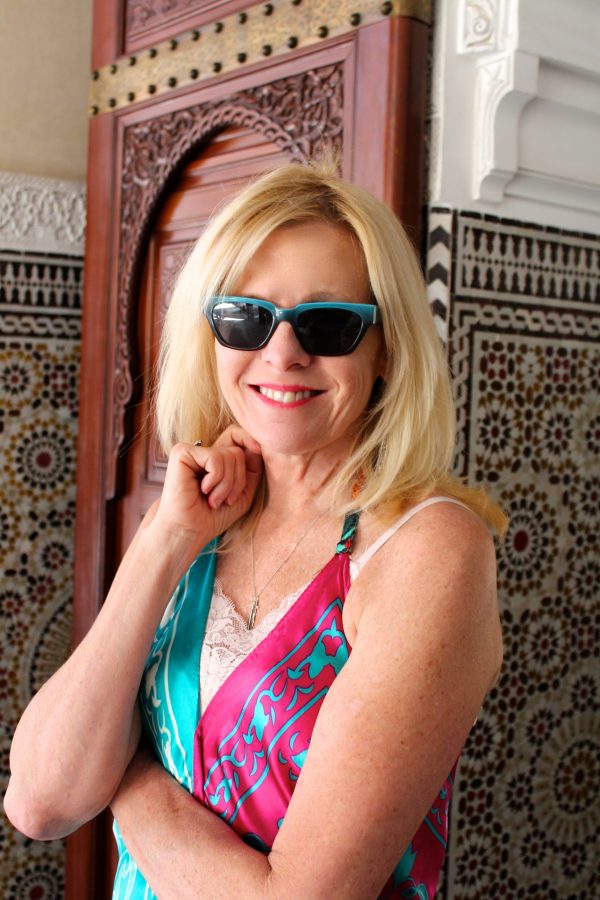 I’ve craved travel since my grandmother told me stories from The Arabian Nights and flew me to faraway places in her rocking chair. On my first trip to Europe, I heard the tin echo of cowbells across the snowy, clean Swiss Alps. We’re free to live where we want, whispered a radical thought for a Kentucky girl descended from farm folk. Years later, in an Irish fishing village, another whisper: You and your kids could live here. More years later, in an Italian vineyard the whisper was emphatic: You’ll live abroad when your children are grown.

Day 1 of my 27th year of teaching, I felt exhausted living paycheck-to-paycheck in the same school, sitting through the same meetings, creating a syllabus for the next 10 months of a life that no longer fit. Despondent, I tried to walk it off with my yellow lab, Ella, and ended up at Old Hickory Lake. As she sniffed the air, I sat on a rock and cried. On the opposite shore was the water park where my children had played and my son had worked. It was closed for the season, silent and still. My children — my world — had moved on a year ago as was right, but I felt left behind.

Then I remembered something. Two friends who didn’t know each other but knew I was struggling, one in Africa and the other in Ecuador, had sent me the same passage in Matthew. It seemed to be a call.

I wanted that. I wanted more.

As a mom, I was a Stage 5 Clinger, but I remembered that as a woman, I’m a Gypsy Soul.

A year later on another campus, I walked to the bus light and free. Life in Morocco was sledding in the Atlas Mountains, camel caravanning across the Sahara Desert, relaxing in the resort where Sex and the City 2 was filmed, sleeping in Josephine Baker’s suite. It was eating at Rick’s Place in Casablanca, belly dancing with coworkers, volunteering with village girls, watching sunsets from ramparts over the sea. It was exploring eight other countries, being greeted daily with, “Good Morning, Miss!” followed by passionate debates on Holden, Huck, and Heathcliff. A few students sometimes called me Mom. 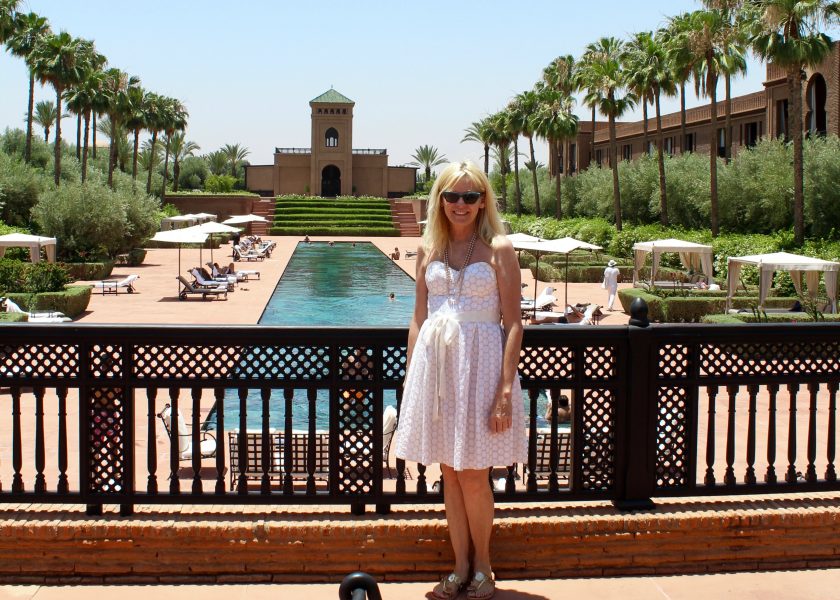 I’d always sent young adults, including my children, off to college with “Carpe Diem! Have adventures, meet kindred spirits, fulfill dreams!” I finally seized the day before the day ceased, knowing the window is narrow between caring for children and caring for parents.

When I met my children that first Christmas in London, then showed them my Marrakesh, we experienced a bigger world together. I missed the two lives I’d birthed, parts of my heart, walking around on another continent. Sometimes I had Mom Guilt for having fun while creating another life, mine. But now back home in Nashville, I miss them just as much, partly because of COVID and because they’re busy working — one across the country and the other across town. It will never be as it once was — them asleep in bedrooms on each side of mine. The only way I could let go was to embrace a new world where I could contribute, be stretched, see beauty with childlike wonder. Begin again.