Domino Kirke just revealed when she gave birth to her and Penn Badgley’s first child together. 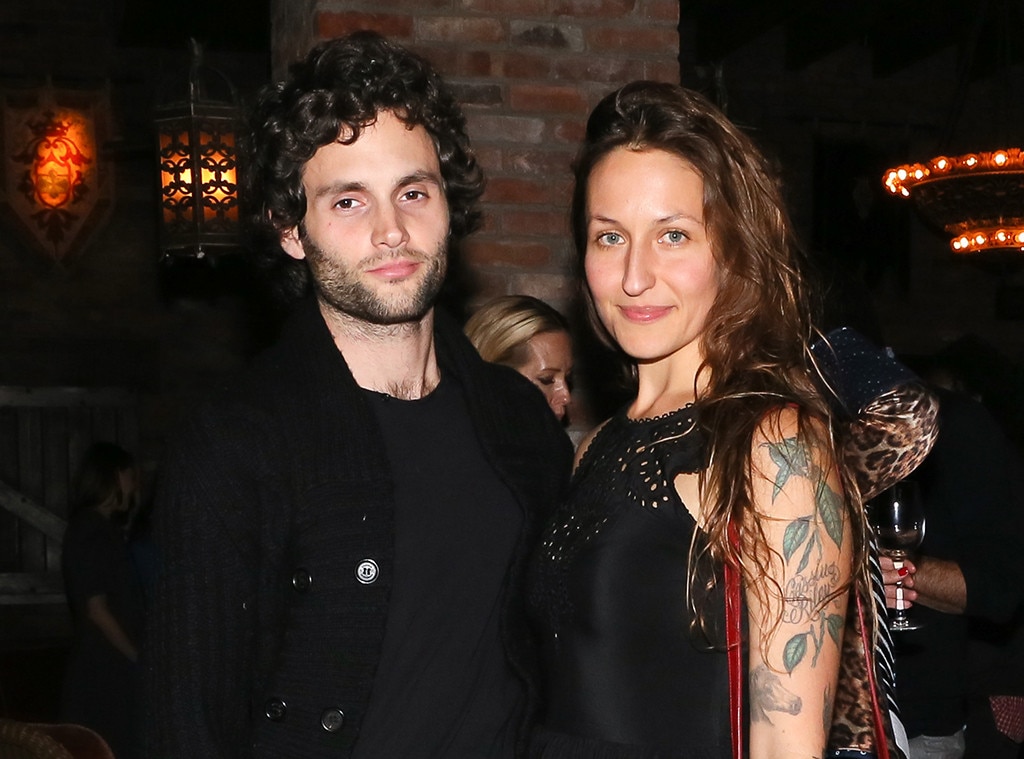 After weeks of fan speculation, musician Domino Kirke revealed she and her husband, You and Gossip Girl star Penn Badgley, have welcomed their first child together.

The news came in the form of an Instagram art piece.

"His heart shaped home," Domino captioned the abstract painting, which appears to be a womb. "#40dayspostpartum."

In her Instagram Story, Domino also included a photo of her sleeping next to her infant son, whom she has not revealed the name of.

Domino, who is also a birth worker, did not share much information about her pregnancy journey. In May, she posted a photo Penn took of her cradling her pregnant stomach on Instagram.

Domino and Penn married in 2017. They initially wed in a courthouse in Brooklyn before having a larger ceremony, which included guests like Mariska Hargitay and Domino's sisters Lola and Jemima Kirke, later that year.

In December 2019, Penn waxed poetic about his wife for her birthday on Instagram.

Miley Cyrus Wears Her Riskiest Outfit Yet Ahead Of iHeartRadio Show

"A truly radiant soul, you seem to spark alight almost everyone you meet, like a 99% success rate," the former CW star wrote. "It's really impressive, and quite mysterious. You encourage others to be honest, and brave, and gentle, and expansive. Your great capacity for empathy is obvious, something anyone can get warm by like a glowing stove."

One fan—who likely watched Penn as a lovesick, serial killer Joe Goldberg on Lifetime-turned-Netflix series You—commented: "Dom, blink once if you need help."

Penn joked back: "We both laughed out loud at this one. Thanks."

The couple celebrated their three year wedding anniversary in June.

As for Penn's character on You, Penn is quick to criticize fans who think his murderer alter-ego has anything to do with true romance.

"I disagree with Joe possibly more than anyone," Penn explained to E! News in 2018. "And I disagree that it's a love story. I don't see it the same way as anyone else, I think because of the things I had to do to play Joe."

Fortunately for Penn, he and Domino are enjoying their own little fairytale at home.