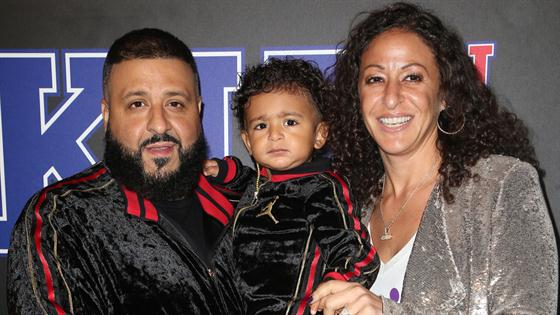 Another one. DJ Khaled and Nicole Tuck are parents of two!

The musician announced on his Instagram early Tuesday morning that his wife has given birth to their second child, a baby boy.

The birth announcement did not reveal the name of the little one. And unlike the birth of the couple’s first child, Asahd Khaled, 3, this baby’s birth was not live-streamed on Snapchat.

Khaled did share photos on Instagram while Tuck was in labor last night, but Tuck was not seen in the photos. In the first shot, Khaled is standing with Tuck’s doctor.

“DR JIN said you ready,” he wrote. His other two photos show the music producer waiting in the delivery room and were captioned with the open hands emoji.

The DJ announced he and his wife were expecting their second son on Instagram in September.

The 44-year-old star shared a video of Tuck, also 44, getting an ultrasound. Asahd is also seen in the video giving his parents kisses.

“God is the greatest,” Khaled captioned a video. “All I ever wanted to do was inspire the world to be great and to leave a legacy. Almost 3 years ago when I found out my queen was expecting our son Asahd I knew my life would change forever and that OUR legacy would soon be on the way. After that blessing I released some of my biggest albums to date (Grateful and Father Of Asahd) inspired by his greatness.”

“Just when I thought life couldn’t get any better, I received another blessing that my queen is expecting an addition to our legacy,” he continued. “I’m feeling more inspired than ever now. As we go into this journey I’m taking FANLUV along with me to keep the love and blessings flowing to the world ! #FAMILY.”

Congratulations to the family of four!