The iconic song We Don’t Talk About Bruno from the hit film Encanto just got an important second life. Disney Music Group teamed up with Deaf West Theatre to produce an American Sign Language version of the tune, in honor of International Day of Sign Languages.

The video features an all-Deaf Colombian and Hispanic cast, including  Nataly Barahona as Pepa, Andres Otalora as Felix and Donna Valverde as Mirabel and Abuela.

This collaboration was designed to bring all the joy and fun of We Don’t Talk About Bruno to Deaf children around the world.

“The impact this film has on children cannot be dismissed. The majority of Deaf children are born to hearing families and sometimes the only exposure to the community and sign language is through videos like this,” DJ Kurs, Deaf West’s Artistic Director said, per Variety. “By working with Disney Music Group on expanding the access to one of their songs to the Deaf and hard-of-hearing communities brings us immense pride.”

Parents looking for more inclusive videos like the one above can head to Disney’s YouTube page where there are several other ASL music videos, including Show Yourself from Frozen 2, I See The Light from Tangled and Circle of Life from The Lion King.

This past July, Disney released its first ever British Sign Language video to the Encanto song Surface Pressure. The studio linked up with the Deaf Talent Collective and Deaf actor Asnath Losala, who signed the whole song. Translating the tune took an entire day because of how tricky it was to interpret multiple metaphors and similes throughout. 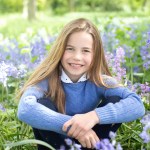 All that hard work paid off. In a statement, Losala emphasized just how much the video would mean to its young viewers. “It’s so important for children to see BSL on such a huge platform like Disney, which allows them to fully understand the song’s moving message rather than just following the subtitles,” she said.

We hope that Disney — and other studios! — continue making inclusive music videos so that all children can enjoy their work.

Before you go, check out some of our favorite ethical toy brands.