So sweet! Diane Kruger posted a rare pic of her boyfriend, Norman Reedus, and their 9-month-old daughter on Friday, August 16.

“Everything I’ll ever need,” the actress, 43, captioned the social media upload. In the father-daughter pic, the Walking Dead star, 50, held his little one on his shoulders. She held onto him while wearing a white shirt and black overalls.

Everything I’ll ever need ♥️

The actor commented on the sweet shot with a heart emoji.

He and the Welcome to Marwen star welcomed their first child together in November 2018. Five months later, the new mom told Us Weekly exclusively about Reedus’ relationship with their daughter. “He just looks at her with unconditional love,” Kruger told Us in April. “I wish he looked at me like that! … He’s just very great with her.”

She went on to say that the Florida native’s 19-year-old son, Mingus, who he shares with his ex-girlfriend, Helena Christensen, is “great” with his baby sister, telling Us, “19 years is a big gap, so he’s stepping up to be this protective big brother.”

But when it comes to adding more babies to her brood, the model is finished. “I’m done!” she told Us. “I think our family is pretty much complete.” 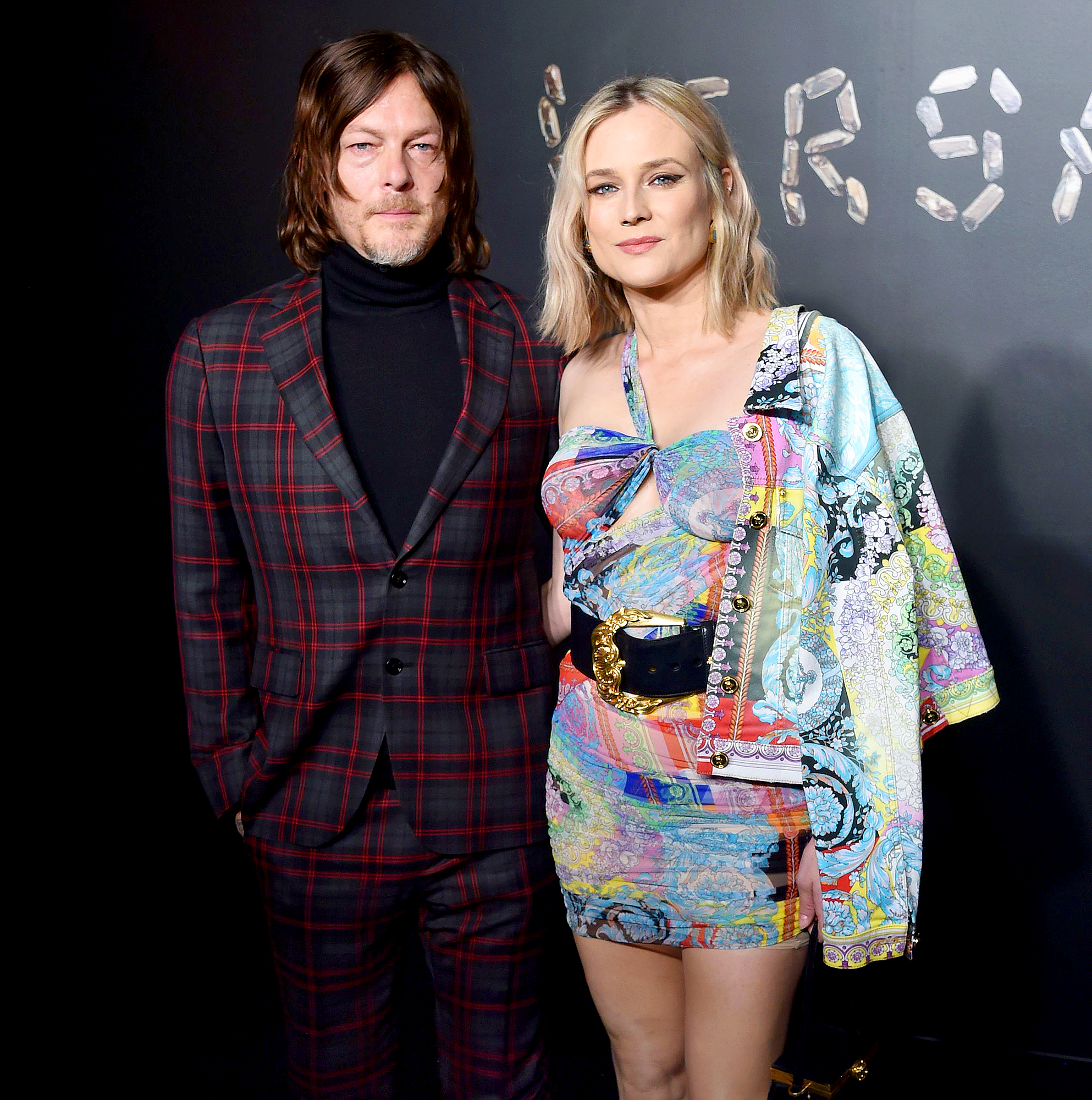 Reedus and Kruger met in 2015 while costarring in Sky. The following year, they were spotted out as a couple. After the pair’s red carpet debut at the 2018 Golden Globes, a source told Us, “[They’re] so different, but they really do work. [She’s] so buttoned up and put together [and he’s] rough around the edges. … They complement each other. Norman is the best guy ever and would do anything for a friend. He takes care of people and is there in a second if anyone needs him.”

Us exclusively broke the news in May 2018 that they were expecting a baby.