Let’s review something real quick: When a person comes out as transgender, they often they ask to be called by a new name. The original moniker given to them at birth then becomes a “dead name,” and referring to the person by this name is harmful. It invalidates them and can indicate that you don’t respect their transition or identity. But what about using a trans family member’s dead name for your new baby? 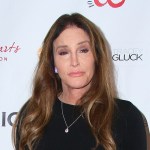 This is the scenario recently described on Reddit’s AITA forum. User aitababycousonsam wrote, “My cousin is transgender. I was 6 when he was born, and my aunt let me pick his name. I’m not going to say what I picked, but it was a friend’s name at school that I really liked. And I still love the name. When my cousin changed his name, I was a little upset, but decided it was life.

“I’m currently pregnant with my own baby girl, after doctors told me I’d never have a baby,” the poster continued. “Everything seems to be going well, and the only name I can think about is that one. I brought it up to my cousin first, obviously, and he was pretty upset by it, but ultimately said it was my choice. He did say, though, that he probably won’t want to be around my baby.”

Both aitababycousonsam and the cousin obviously have strong feelings about this name. The parent-to-be offered to spell the name differently, but that didn’t change the cousin’s feelings. And because the OP (original poster) has loved this name for 20 years, they are having a hard time coming up with another name that feels as right as this one. In an interesting detail, the OP’s girlfriend, who is also trans, thinks the cousin is “being weird about it.”

As trans issues become more and more prevalent in mainstream conversation, people are discovering how to navigating situations like this. Most commenters on Reddit acknowledged it’s a sensitive subject on which trans people are likely to have different opinions, much like the OP’s girlfriend and cousin do. Plus, different families and family members typically have a lot of ideas about baby names in general — some members expect babies to be named in honor of relatives; others are fine with cousins having the same name, while that would be considered outrageous in another family. Heck, among George Foreman’s 12 kids are five sons named George and one daughter named Georgetta!

“If it were just about a name, I’d say no, this is ridiculous,” wrote commenter FuneralKazooBand. “I think the problem is more that the name has a history for the family that is 100% linked between you and your trans cousin. Every time the baby is spoken about or called by name, the story of how the name came about will be repeated or at least thought of. It’s called a dead name for a reason, so that it stays dead. … Every time the name story is told, you will be dead naming your cousin and calling him out as trans.”

“If you think about it, it’s pretty common for couples to ask the relatives of dead family members for permission to honor the deceased by naming a child after them,” FuneralKazooBand continued, but “it’s considered poor taste to name a baby after a recently deceased child though. I think this falls into that similar grey area. You asked for permission and got your answer.”

Ollyator, on the other hand, said the OP was not wrong here: “I can see why this may be upsetting for your cousin, for bit, but he has no ownership of that name and it is no longer his name. You’re not naming your child after his previous identity; it’s a name you have a personal connection to beside through just him. I hope in time he can let it go, he already has once.”

Another commenter who is trans, MadMax9288, brought a strong counterargument against Ollyator, however,

“I have friends who share my dead name; we’re still friends and I still love them and hearing their name doesn’t cause me pain because it’s THEIR name,” MadMax wrote. “But if my sibling or cousin chose to name their child my dead name, I’d be incredibly hurt. One, because they’re showing that the part of me they want to honor is a part that doesn’t actually exist, and two, because it would feel like a ‘do-over.’ It’s absolutely your right to name your child what you want, but being upset with your cousin for stating a boundary … isn’t fair. He’s allowed to set and maintain boundaries, and even if he wants to have a relationship with your child, it necessarily means having a relationship with you, the person who is choosing a name you liked as a 6yo over the feelings of your actual real-life cousin. That would be a ‘no’ for me also.”

It really does come down to how strongly the OP feels about maintaining a relationship with their cousin and having the cousin in their daughter’s life. Is it worth destroying a family bond over a name?

Finally, 99angelgirl left us with this zinger:

“Tbh I think the only AH in this is the aunt who let a 6 year old name her baby.”