“To say my heart is full is an understatement,” the couple told Us Weekly in a statement on Monday, August 24. “We have been dreaming of this day and are so happy to announce that our baby girl arrived August 21st at 2:12 p.m. weighing 8 pounds, 5 ounces and is 19.5 inches long! She has the best personality, is easy going and loves to be held! She has her nights and days mixed up, but honestly, I love it! Getting to spend that quiet, quality time with her through the night has been SO special!”

The TLC personalities announced in March that baby No. 2 was on the way. “Yes, it’s true!” the 19 Kids and Counting alum, 22, captioned her Instagram reveal at the time. “@austin4site and I are PREGNANT again! It’s been quite the crazy journey these last few months, but we are so thankful that mom and baby are healthy!” 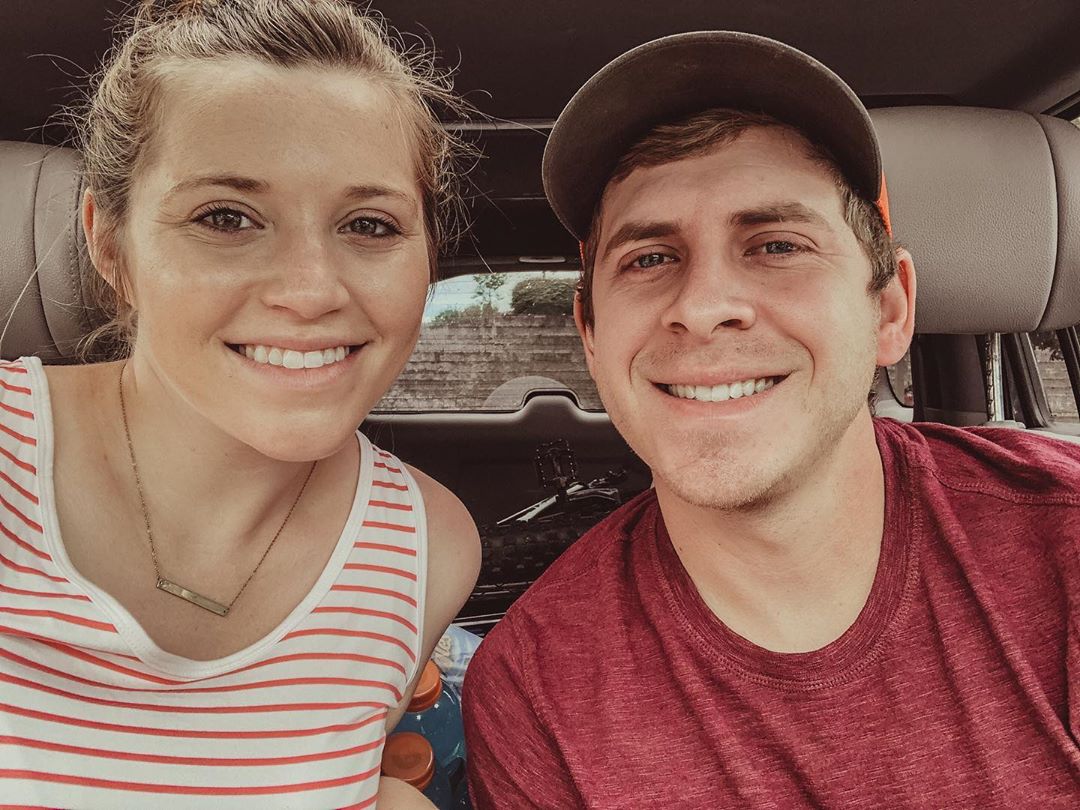 In a later YouTube video, the Arkansas natives said their daughter was due in August. Joy-Anna went on to share her pregnancy progress via social media, from baby bump selfies to ultrasound shots.

The reality stars’ baby news came eight months after the pair opened up about their pregnancy loss.

“We named her Annabell Elise. Annabell means ‘God has favored me,’ and Elise means ‘God satisfies,’” Joy-Anna wrote via Instagram in July 2019. “What a precious thing to know that when our daughter opened her eyes, the first thing she saw was the face of Jesus.”

“Meeting the babies, I feel like that may be hard,” Joy-Anna told Us Weekly exclusively in November 2019. “But it’s not like I’m upset that I’ve lost my baby. I still am excited for them. But you think, ‘What would my baby look like? What would she be like?’”

“Every child is such a precious gift from God,” Joy-Anna told Us exclusively in August 2017 when they found out they were expecting their first child. “I’m most looking forward to watching Austin as a dad and raising children together with him. I have a lot of good memories of my mom teaching us and the quality time we spent together, and I’m really looking forward to doing that with my own children. It’s such an amazing thing to be a parent and raise children!”

Counting On airs Tuesdays on TLC at 9 p.m. ET.