Mad for her moniker! Cory Wharton and Taylor Selfridge have named their newborn daughter Mila Mae.

I want to WELCOME you guys all to Mila Mae Wharton 4/22/20 9:17pm 9lbs 5oz,” Wharton began his Instagram reveal on Tuesday, April 28. “I have to say after watching @taylor.selfridge go through what she has been through just makes me realize how strong she is and how strong women really are! After a 22 hour labor Mila Mae Wharton was born ❤️ I’m now surrounded by all QUEENS? I’m so blessed to be in this position and I’m so thankful that, in a time like this I was allowed in the room and I got to cut the umbilical cord.”

The proud dad went on to thank everyone for their “positive messages” and “positive energy.” 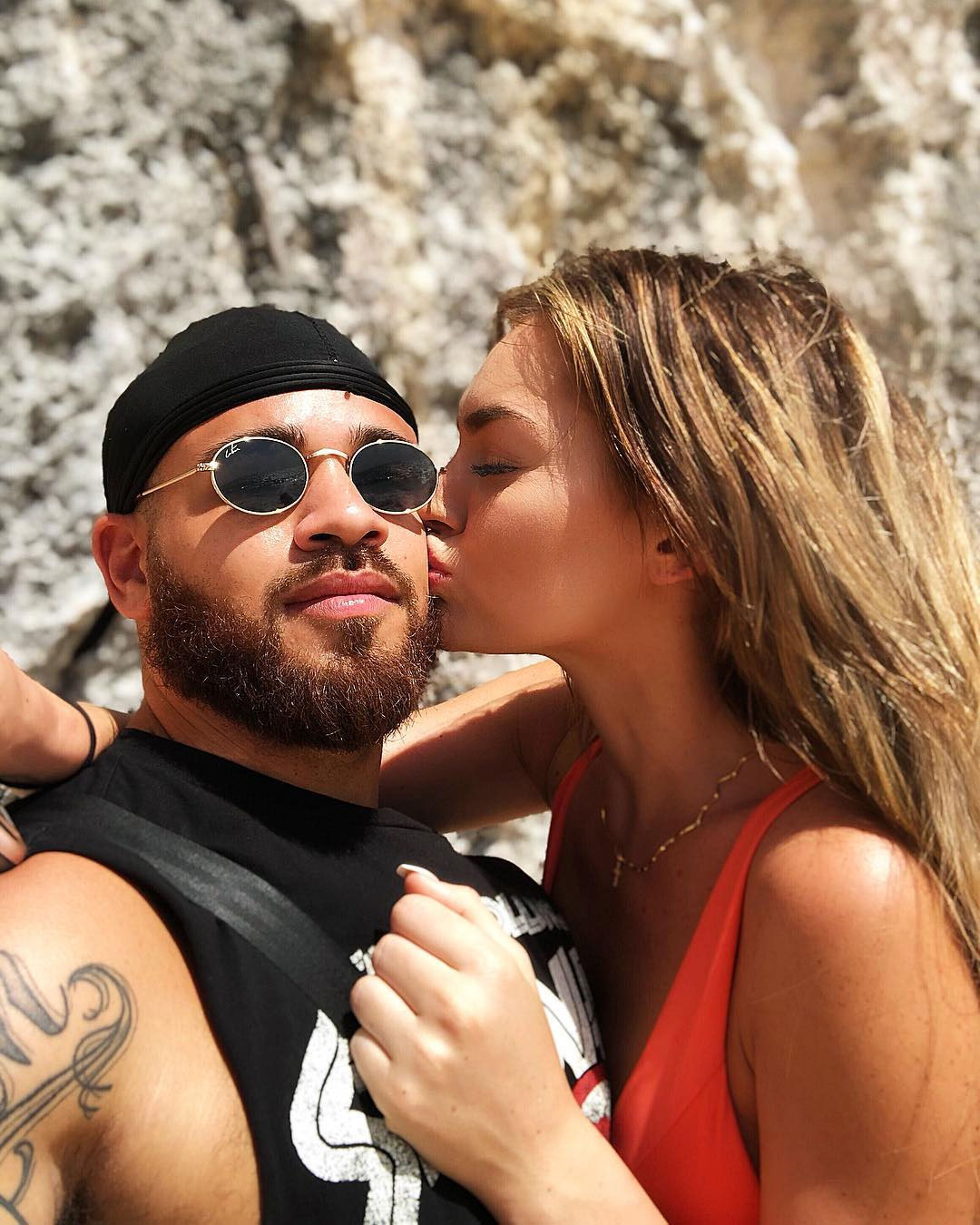 The Teen Mom OG star, 29, announced on Thursday, April 23, that he and his former Ex on the Beach costar, 25, had welcomed their baby girl.

“Hi. Daddy loves you so much,” the Michigan native, who already shares his 3-year-old daughter, Ryder, with Cheyenne Floyd, told the infant in an Instagram Story video.

Us broke the news in October 2019 that Selfridge was pregnant with their first child together. “It was definitely a surprise,” Wharton told Us at the time. “Just being there from the day she found out that she’s pregnant and knowing that it was mine, I knew that I was going to have to step up. It’s exciting for me. It’s gonna be a lot, but I’m excited.”

In December 2019, the Oregon native told Us exclusively that she’d initially been pregnant with two babies. “It’s called vanishing twin syndrome or disappearing twin syndrome,” the model explained. “We went in for a check-up on our baby and they had found a separate empty sac so we didn’t know that we had twins before that.”

Selfridge added, “I was so stressed out during the first trimester that I was afraid it was my fault that happened and that’s what I struggle with now. Our baby is very healthy, we have no genetic issues to worry about after testing and we’re very happy about that.”

The following month, she and the Real World alum announced that they had a daughter on the way.

Not only was Ryder excited about becoming a big sister, but Floyd, 27, has been supportive of Selfridge’s pregnancy from the start.

“I went over to Cheyenne’s house and I was dropping Ryder off and I just said, ‘Hey, so Ryder’s going to be a sister!’ There’s no easy way to tell somebody that. I just had to drop the bomb,” the personal trainer told Us in December 2019. “So I told her, and her sister was there. They were just asking me all the questions, like, ‘Are you OK?’  ‘How’s Taylor doing’ ‘Does she need a doctor?’”

Floyd gave birth to Ryder in April 2017. She did not tell Wharton that he was the father until their little one was six months old.

“This whole process is new to me,” Wharton told Us exclusively in January. “I never got to enjoy this process with my first kid, but now that I have a girl, another girl, I get to be a part of it from the beginning.”