On Thursday, during a meeting of the House Oversight and Reform Committee to discuss the Black maternal mortality crisis in the United States, Rep. Cori Bush told her birth stories. Bush experienced what many Black people experience in healthcare settings — blatant racism that put her health and the lives of her babies at risk. Her stories were agonizing and gut-wrenching. Two of her children almost died due to the blatant disregard for her concerns about her pregnancies.  As upsetting as her revelations were, the focus of certain sections of the public has not been on her treatment or the devastating toll racism has on Black patients. Instead, the focus has been on the fact that she used the phrase “birthing people.” 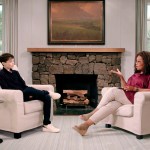 Now, for those who are unfamiliar with the phrase, we’ll break it down. Birthing people are people who give birth. The inclusive phrase is meant to encompass not only women but transgender, nonbinary, and other gender-nonconforming people. It is not meant to exclude women, nor does it eliminate the concept of mothers. The phrase is meant to include anyone who has a uterus.

Instead of being enraged by the fact that a medical professional — an obstetrician — told Bush to “Just go home, let [her 16-week gestation baby] abort. … You can get pregnant again because that’s what you people do,” people are big mad that she didn’t define birth as being something only cis women can do.

Black people are more than three times as likely as white people to die from complications related to pregnancy and childbirth. The United States has one of the highest maternal mortality rates of any other developed country and ranks 56th out of all countries with 19 maternal deaths per every 100,000 live births as of 2017. The CDC acknowledges that ethnic and racial disparities in care contribute to the staggering number of Black people who are injured or die during pregnancy and childbirth.

Instead, however, the anger rolling over Rep. Bush right now is because she dared to include trans people in her language.

” ‘Birthing people’? Why are you erasing women?” wrote another.

There was also plenty of support for Bush’s use of inclusive language with many Twitter users thanking her use of the phrase and her recognition of everyone who can give birth, not only women.

Recently legislation was re-introduced by Rep. Ayanna Pressley and Senator Cory Booker to address the Black maternal mortality crisis in the U.S. “[Senator Cory Booker] and I re-introduced the MOMMIES Act to expand Medicaid coverage for birthing people & promote community-based, holistic approaches to maternity care,” Sen. Pressley tweeted. “Every pregnant person should be listened to and treated with dignity and respect during and after childbirth.”

Now if only people could concentrate on the fact that people are literally dying in childbirth in the U. S. instead of being furious that trans people exist, maybe we could make some progress.