Back where she began! Ciara has reached her pre-baby weight nearly 10 months after giving birth to her son Win.

“Goodbye to those last 10lbs I’ve been working on these past five weeks,” the singer, 35, captioned a Tuesday, June 15, Instagram post. “I’m so proud of myself — down 39 pounds on my @ww journey.” 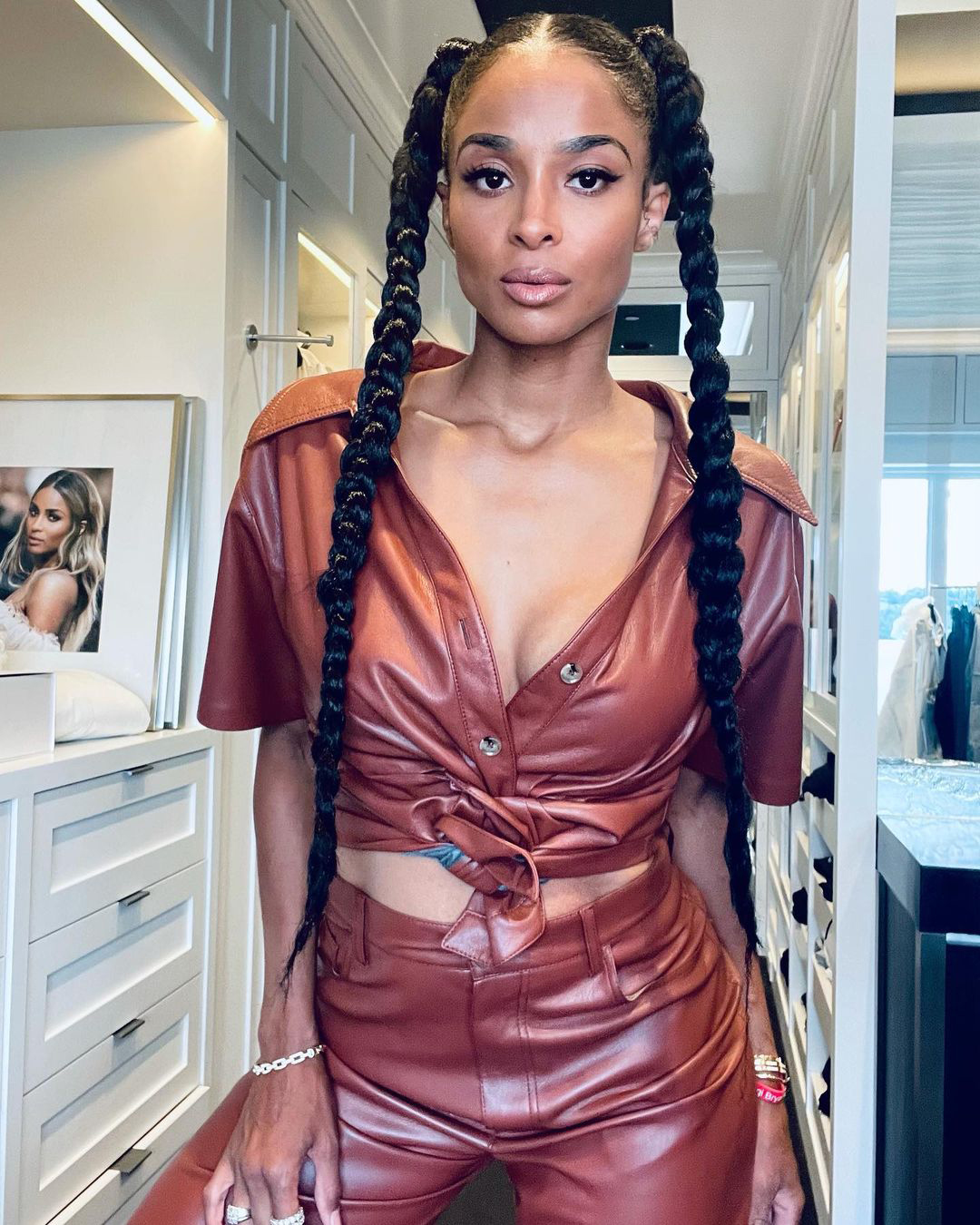 The Texas native encouraged her social media followers to follow in her Weight Watchers footsteps, writing, “If you believe in yourself and set goals, it’s all possible! Go for it! Go get it! I am so excited to continue the journey with WW, focusing on my overall wellness and maintaining this strong body that gave me three beautiful babies without having to restrict myself. Join me!”

The “Level Up” singer gave birth to Win, now 10 months, in July 2020, and the little one joined siblings Sienna, 4, and Future, 7. The following month, Ciara shared her weight loss goals with her Instagram followers.

The little ones “motivate” Ciara as a working mom, she told PureWow in November 2019. “I hope that my kids can look at me and say, ‘Anything is possible. Mommy went after what she wanted to achieve and she did it,’” the actress told the outlet at the time. “Hopefully, I can pass down those nuggets of inspiration to them to go after what they want to do in their lives.”

Usher and More Celebrity Parents Who Named Their Kids After Themselves

Back when she gave birth to Sienna, Ciara was also candid about her postpartum journey. “I said I wasn’t going to gain 60lbs Carrying Sienna, and … I did exactly that!!?” the songwriter captioned a June 2017 Instagram photo of herself standing on a scale. “Four weeks after her birth I lost 20 lbs. This Weeks Goal is 10lbs. I was 183 yesterday. #BounceBack #LevelUp.”

The dancer shares her youngest two children with professional football player Russell Wilson and her eldest with ex-fiancé Future. She and the rapper, 37, were engaged from 2013 to 2014.