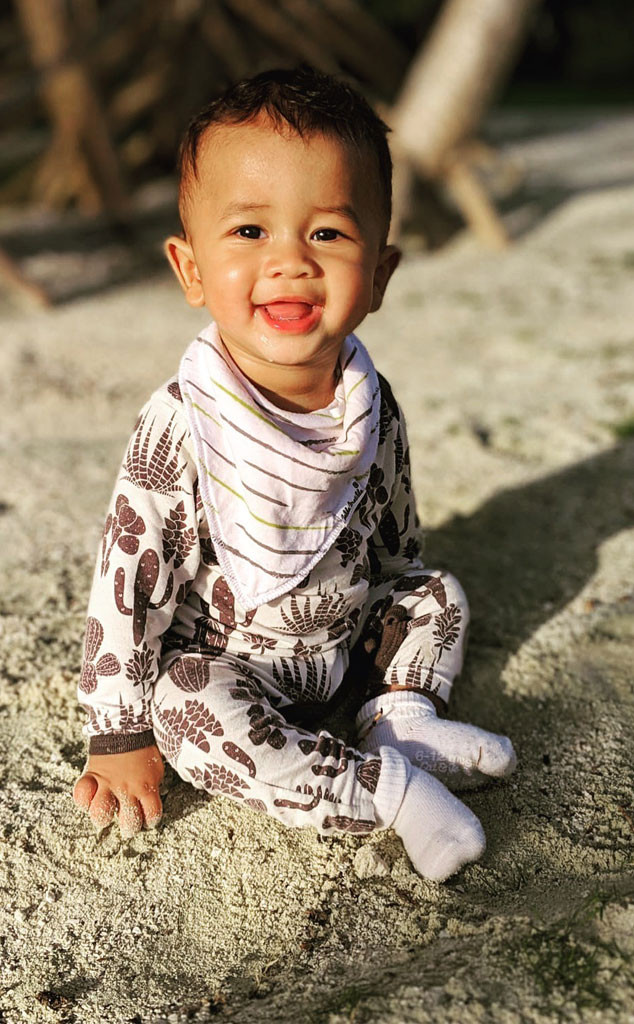 Chrissy Teigen and John Legend‘s son Miles Stephens is proving to be one positive little kid.

The Cravings author shared the most adorable video of Miles, 13 months, saying “yeah”—his first word—over and over again in response to his grandma Vilailuck Teigen asking who in the family he loves.

“When your first word is ‘yeah,'” Chrissy captioned the Instagram post last night. Later, in the comments, she revealed how different Miles is from her 3-year-old daughter: “Luna’s first word was ‘no.’ They’re exactly us.” (In other words, Luna is her mini me while Miles takes after her husband.)

And, Chrissy wouldn’t have it any other way.

“Three is just such a dream,” she recently told E! News at the 2019 City Harvest Gala. “It’s so funny. They have so much attitude. Miles is really trying to catch up to her because he just sees how much fun she’s having. He wants to mobilize, he’s ready, so things are happening for him quickly too, but Luna is just like, such a funny spitfire.”

Juggling two little ones has taught her a whole lot about patience.

“We’ve always liked that kind of controlled chaos,” she explained to E! News exclusively. “I think it’s fun. I think when you hear both of them blabber at the same time or Luna talking and him screaming, and you don’t know if it’s a cry or if he’s talking, I like that, I think it’s fun, it reminds me of being on set. Like, there’s never really a peaceful moment.”

when your first word is “yeah!”

when your first word is “yeah!”

In February, the mom celebrated Miles’ 9 month milestone with a celebratory photo of the tot holding up a personalized chalkboard, which revealed he loves his sister, Baby Shark and bath time. Chrissy followed up the post with a near identical shot of John, clad in a sweat suit just his son.

“Wow,” she joked on Instagram, “They grow up so fast.”

Yes, they certainly do!