Emotions are high around the world as the much anticipated Oprah interview with Prince Harry and Meghan Markle draws near. The couple famously stepped back from their royal duties and left England last year, in a bid to gain a modicum of privacy and relief from constant British media bullying. The fallout has been dramatic, with carefully worded snipes coming from the Palace and more overt character assassination from the British media. Everyone is making their opinions heard, and one of our favorite social media moms, Chrissy Teigen, is joining the fray. 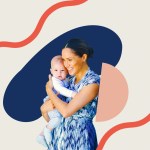 Even with the royals happily ensconced in their new home in Santa Barbara and avoiding the spotlight of life as a British royal (and on the tail end of privacy lawsuits finding in favor of the duchess), the bullying hasn’t stopped. In fact, it may be worse than ever now on the cusp of what’s being billed as a tell-all interview. What many aren’t talking about is the fact that everyone is attacking a woman who is pregnant.

But Chrissy Teigen is.

“This Meghan Markle shit is hitting too close to home for me. These people won’t stop until she miscarries. Fucking stop it,” the mom of two tweeted.

Last month, Harry and Meghan announced that Meghan was pregnant in a stunning photo announcement. The announcement came months after Meghan revealed that she suffered a devastating miscarriage in 2020. Supporters, and Teigen, it seems, are concerned that the heightened scrutiny from unscrupulous and exploitative British tabloids might put this pregnancy at risk as well.

It’s no wonder that Teigen, who has dealt with more than her fair share of internet trolling and bullying at the hands of QAnon conspiracy theorists and tabloids alike, is feeling major empathy for Meghan. She also suffered a heartbreaking loss last year, a 20-week stillbirth. The similarities between Teigen and Markle, who are also both women of color, have us hoping that after all this is over, they become best mom friends … and maybe even find a little peace.

These other famous parents have been open about suffering miscarriages.