Out of the blue. Chrissy Teigen was pregnant with her and her husband John Legend‘s third child while undergoing breast implant removal surgery — but she had no idea at the time.

The Cravings author, 34, opened up on Friday, August 14, about how she discovered her pregnancy in response to a fan who said they were “confused” by the timeline.

“Oh, it’s quite a story. Lol,” Teigen tweeted. “I did the routine pregnancy test you do before surgery. It said negative. It was not negative. A few weeks after surgery, I took a test. And for many years now, I’ve taken pregnancy tests almost every month, praying to see a positive one day. Just wishful thinking. I never had a positive before.” 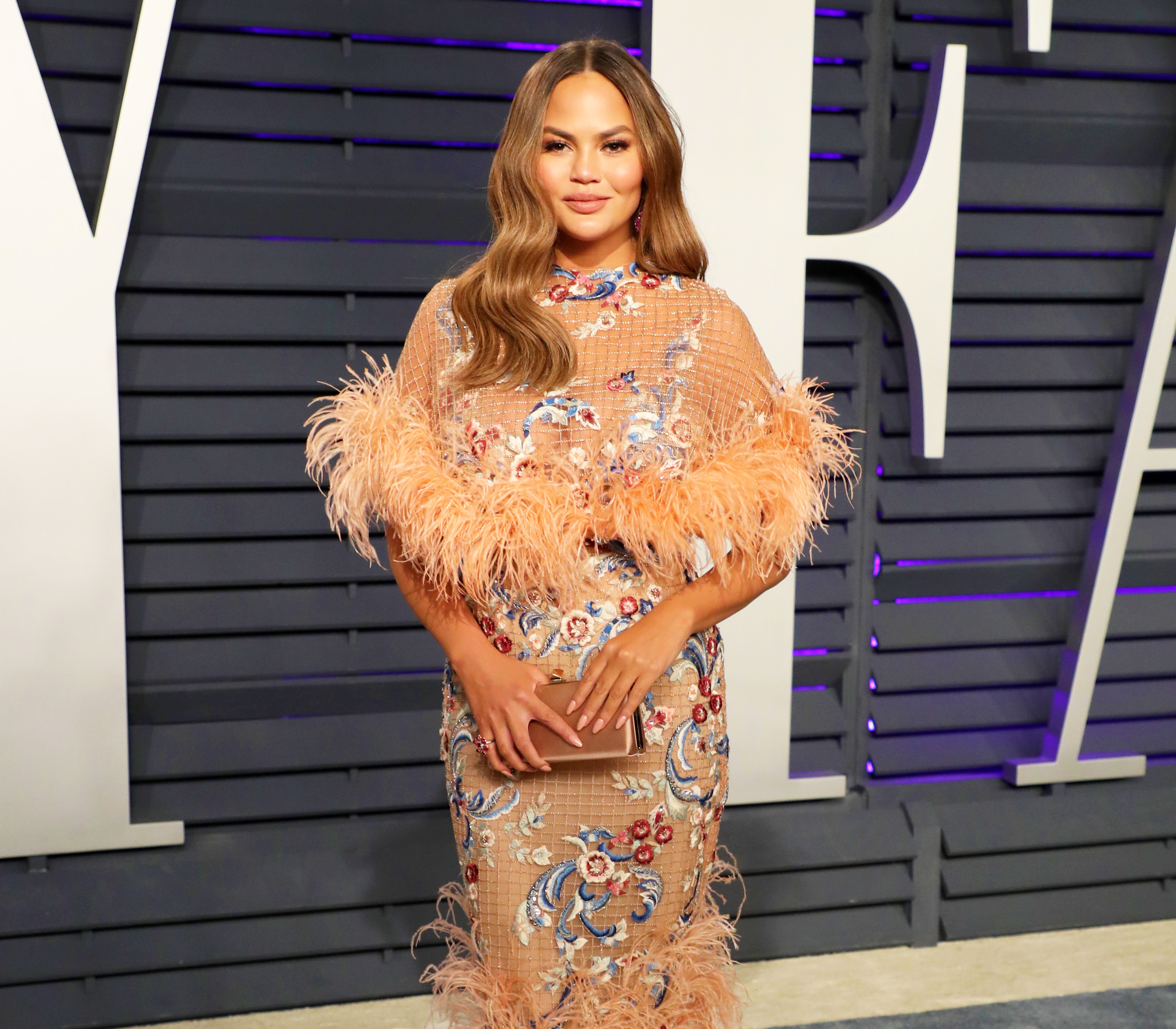 The Lip Sync Battle cohost explained that she took a pregnancy test on June 19, which was the release date of Legend’s latest album, Bigger Love. Teigen was shocked when the test turned out positive.

“I was scared,” she tweeted. “Was pretty positive you shouldn’t get your boobs out while pregnant? Pretty sure.”

Teigen — who has been open about her fertility struggles — explained that she spent the next few weeks anxiously keeping an eye on her health.

“So we prayed to the boob surgery gods that everything would be okay,” she wrote. “Went to every appointment terrified. Even without the surgery, I didn’t think I could get pregnant naturally anyway. So the odds just felt … bad.”

Teigen continued, “But what they say so often can be true. When you give up on trying, life has a way of surprising you. In summary, my boobs hurt.”

The Sports Illustrated Swimsuit model said that she is still “very worried” about her pregnancy under the circumstances and noted the difference from her previous two pregnancies. Teigen and Legend’s daughter Luna, 4, and son Miles, 2, were conceived through in vitro fertilization.

“Part of me misses the safety of my perfect embryos, created in their little dish. They felt untouchable and safe,” she explained. “IVF was an amazing choice for us to be able to make. So hard, but we got two beautiful monsters out of it. I promise you, I never ever ever ever ever thought I could.”

Teigen also revealed that her two eldest children are taking the news very differently. “Luna is very, very excited,” she wrote. “Miles, not so much. Jealous!”

Us Weekly confirmed on Thursday, August 13, that the Bring the Funny judge and Legend, 41, are expecting their third child together. Earlier that day, Teigen debuted her baby bump in Legend’s “Wild” music video.

Hours later, Teigen showed off her bump for a second time in a Twitter video. “Look at this third baby s–t,” she captioned the post. “What the? Oh, my God.”

In May, Teigen announced her plans to remove her breast implants after having them for more than a decade.

“They’ve been great to me for many years but I’m just over it,” she wrote in an Instagram post at the time, adding that she’d “like to be able to zip a dress in my size” and “lay on my belly with pure comfort.”