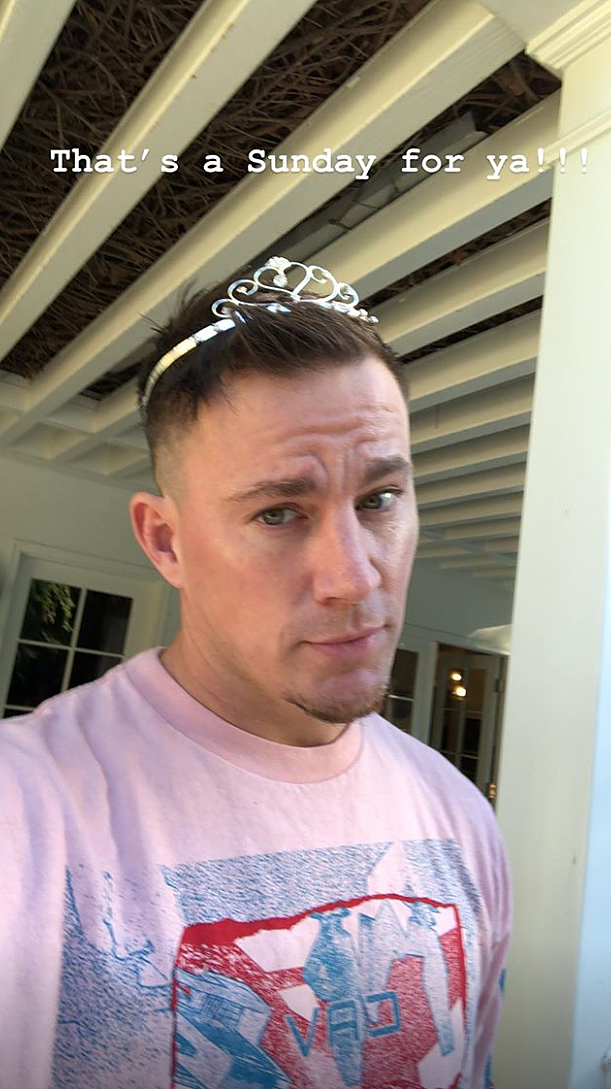 “I really need to get this off!” Everly can be heard saying in one clip posted on Sunday.

“Oh, man, we’re never getting this off,” Tatum responded, as he attempted to pull the goo from his fingers.

Later, the little girl announced to her dad that she made the purple substance “less touchy.”(Translation: not as sticky as other batches because she “added less glue.”) 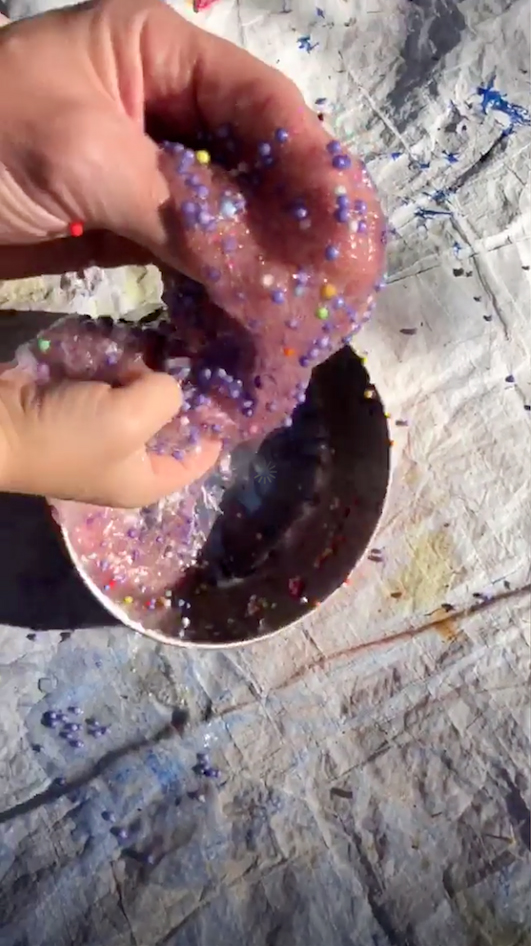 The 22 Jump Street actor shares Everly with his estranged wife, Jenna Dewan. In April, Tatum and the Step Up actress, 37, announced they were ending their marriage of nearly nine years with joint Instagram posts. Us Weekly exclusively revealed last month that the Alabama native is dating British pop singer Jessie J. Dewan is also in a relationship. The dance pro told Us Weekly that she is “very happy” with her boyfriend, Steve Kazee.

The former couple are committed to coparenting their kindergartener peacefully.

“She’s very creative and crafty. She’s always making something for me,” Dewan gushed to Us in May. “I have a slew of things hanging in my trailer: pictures of necklaces. She likes to take anything and make something from it. Lots of repurposed artwork happening at home.”

Dewan and Tatum could have a future engineer on their hands. “She’s going through a destructive phase because she loves taking things apart and putting something else together, creating,” the proud mom added at the time. “She wants to explore and transform everything around her.”