Telemedicine CEO Sam Johnson found himself in hot water after a video of the VisuWell exec harassing a Tennessee high school senior Dalton Stevens went viral, according to Newsweek. In the video captured by Stevens’ boyfriend Jacob Geittmann, the teen couple and Johnson seem to be caught in the middle of an altercation over the red floor-length prom dress Stevens is wearing. 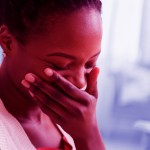 “I chose what I wanna wear so you can fuck off,” Stevens says in response to something that was said before the video began.

“Is that right?” Johnson laughs in response as the boy walks away. “You look like an idiot.”

had to re-upload the video, but story time on @jacobgeittmann2 page 🙂

Geittmann, who attends Middle Tennessee State University according to his Twitter profile, released two follow up videos on TikTok that offer insight into what happened, both before and after the viral video started rolling. (TikTok took down the original videos of the encounter, but they have been re-posted on other accounts and Twitter.) According to Geittmann, Stevens opted to wear the dress in lieu of tux in an effort to “break the stigma” surrounding men in dresses. “He looked gorgeous; everybody loved it, nobody had a problem with it,” he said in one of the two later TikTok clips.

According to the college student, the harassment began with Johnson levying “homophobic banter” at the couple as they were finishing their prom night photos.

“This man comes up, stands about an inch behind my boyfriend and asks, ‘What are you wearing?’ And he’s like, ‘A dress, why?’ and [Johnson’s] like ‘Well, why are you wearing that? You shouldn’t be wearing that.’” Geittmann also explained how a portion of the video showed the aftermath of Johnson taking a swing at the teen’s phone, which resulted in the adult man hitting the child in the back when he missed.

In the original video, Stevens defends his decision to wear a dress before Johnson begins hurling insults at the boy, calling it “disgusting” and “ridiculous.” The clip ends with off-screen voices pleading with Johnson to stop his harassment of the two boys.

Hotel staff eventually asked Johnson to leave the premises, and the police were called, according to Geittmann. However, when reached for comment by Newsweek, the CEO denied the allegations against him. “We had just sat down for dinner at this restaurant that we frequent, and I was returning from the restroom when I was presented with their loud cursing,” Johnson told Newsweek. “Making it about the dress was their idea and they edited out most of the exchange. I have no ill will towards anyone or their personal choices. So long as it does not harm me or my family.”

According to Johnson both he and his family left the hotel on their own, and not because of a request from the staff. Tennessee has been awash in anti-LGBTQ, anti-trans legislation, and news lately, so this kind of thing doesn’t surprise us at all.

On Monday, the VisuWell Twitter account tweeted out a statement, including the update that Johnson had been terminated from his position as CEO.

“VisuWell’s culture emphasizes respect, kindness and compassion, especially for those from traditionally marginalized communities, and we maintain a zero-tolerance policy for intolerance of any kind,” read a post from the company’s Twitter account. “Mr. Johnson’s actions contradicted the high standards we set for ourselves in promoting the health of those who use our platform.”

Maybe Johnson needs to learn how to interact with children from some of these celebrity parents.