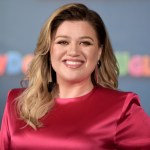 We know that divorce, for example, can have a negative impact on children, be it on their mental health, academic success, or behavior (although a study published in the journal World Psychiatry noted that most children of divorce are resilient). And according to the American Psychological Association, “Research has documented that positive coparenting relationships enhance parent-child relationships above and beyond other aspects of partner relationships.”

It’s also not uncommon for some kids to feel responsible for their parents’ split, however false the assumption, which is why couples in the process of splitting up should do their best to counter this mindset. And the work doesn’t stop once divorce is final and couples have moved on. Luckily, there are resources out there to help  — we’ve got tips for talking to kids about divorce as well as an easy guide to child custody and support).

Fortunately, there are plenty of ex-couples out there — including in Hollywood — who understand that the key to co-parenting is putting aside their own feelings to prioritize their child’s wellbeing. Here’s a look at former celebrity couples — from Lisa Bonet and Lenny Kravitz to Reese Witherspoon and Ryan Phillippe — who have figured out how to co-parent in the best way possible.

A version of this article was originally published in August 2016.