Celebrities love to make a splash by choosing baby names that are rare and unforgettable.

But picking atypical baby names isn’t a celebrity fad — parents have always been inspired by everything from love to animals and pop culture, not to mention space and astrology. And other name choices are so indescribably unique that they can’t even be categorized. 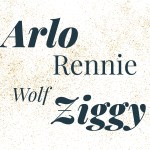 But is a name really just a name? Not by a long shot. According to Psychology Today, a person’s moniker can influence their behavior, career, and even their romantic choices, along with their power and influence. For example, according to a 2013 study on German subjects, people with “noble-sounding” last names — those that translated to emperor, king, or prince — were likelier to hold managerial positions at work than those with more common-sounding surnames.

If you’re deliberating over baby names and projecting success sounds appealing, you can choose one that actually means “power” (Nick Cannon and Brittany Bell named their daughter Powerful Queen) or a label that commands respect, like Blac Chyna and Tyga who named their son King Cairo or Kate Winslet and Edward Abel Smith whose son is Bear Blaze. Other names, like Apollo, the one Gwen Stefani and Gavin Rossdale chose for their youngest son, or Major, which Eva Amurri and Kyle Martino gave their son, subtly reflect power.

Feel strongly about a baby name that leaves a lasting impression (or at least doesn’t fade into the background)? Learn from the Hollywood parents who wanted their kids to stand out — and stand tall — with these powerful names.