Sorry dad, is this a bad time? California Governor Gavin Newsom was halfway through his inaugural address on Monday, January 7, when his 2-year-old son, Dutch, wandered on stage — and stole the show.

As Newsom, 51, scooped the toddler up into his arms, he joked, “This is exactly how this was scripted.” The former San Francisco mayor then continued to read off the teleprompter as Dutch sucked on a pacifier and clutched a well-loved blankie. At one point, he sweetly rubbed his father’s back.

Eventually, Newsom put Dutch down and the child proceeded to hide behind the podium as the crowd laughed. Big brother Hunter, 8, tried unsuccessfully to coax Dutch off stage, as did his mom, Jennifer Siebel Newsom. But finally they were able to wrangle him. 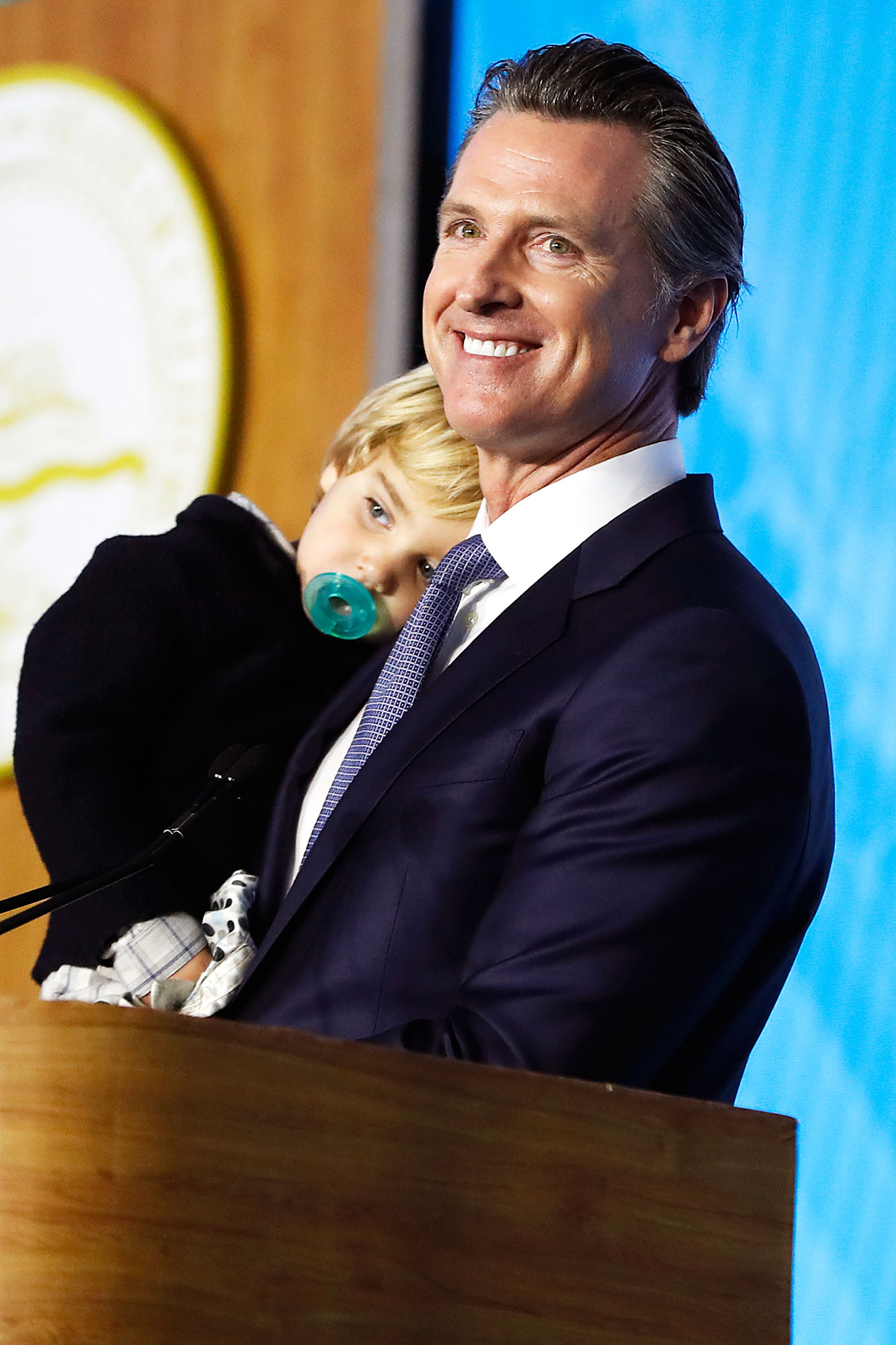 Newsom and the filmmaker are are also parents of Montana, 9, and Brooklynn, 5.

The moment was reminiscent of when Professor Robert Kelly’s 4-year-old daughter and 8-month-old son crashed a live television BBC interview he was doing via Skype in 2017. (The academic had forgotten to lock the door.)

“I made this minor mistake that turned my family into YouTube stars,” Kelly told the Wall Street Journal shortly after the gaffe. “It’s pretty ridiculous.”

Kelly’s wife, Jung-a Kim, tried to shepherd the children away. “[She] did a great job cleaning up a really unanticipated situation as best she possibly could,” he said. “If you watch the tape I was sort of struggling to keep my own laughs down. They’re little kids and that’s how things are.”