Brendan Fraser attended a screening of The Whale at Alice Tully Hall on Tuesday night with two of his three sons by his side. Holand, 18, and Leland, 16, posed for rare photos on the red carpet with their dad, showing off their unique sense of style.

Holden was dressed in a dark blue suede coat buttoned over a gray turtleneck with his dark black hair brushed neatly to the side. Leland, on the other hand, wore a black jacket and pants with a ‘70s-style button-down shirt. His nails were painted dark blue, and he wore his long red hair down and tucked behind his ears.

The Mummy star posed in the center of his two youngest boys, smiling in a blue pin-stripe suit and black glasses. Although the three men look distinctly different, they all share one trait: their striking blue eyes! The two have identical eye colors to their dad, which really stands out against the blue photo backdrop. 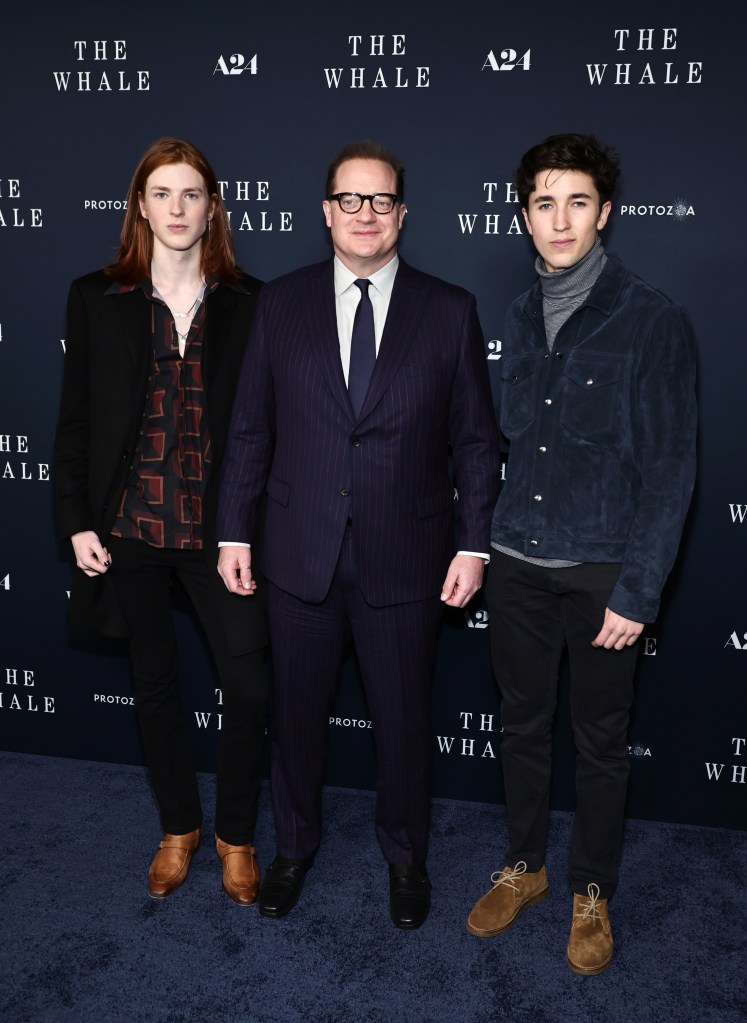 Fraser’s eldest son, Griffin, 20, was not in attendance. The very private actor, who shares all three kids with ex Afton Smith, recently opened up about Griffin in an interview with Freddie Prinze Jr. for Interview Magazine.

“I have three kids of my own,” Fraser said. “My oldest son Griffin has special needs. He’s autistic. He just turned 20. He’s a big kid. He’s six foot five. He’s got big hands and feet, a big body. I understand intimately what it is to be close to a person who lives with obesity.”

He continued, “And because of the beauty of his spectrum—call it a disorder if you will, I disagree with you—he knows nothing of irony. He doesn’t know what cynicism is. You can’t insult him. He can’t insult you. He’s the happiest person and is, in my life and many others’, also the manifestation of love.” 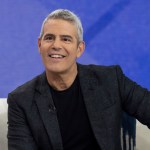 “Being with my kids and their mom and our family has given me such love that if ever I needed to hold something of value up to try and translate that to what was important to Charlie, I didn’t have to look far,” he added, referring to his character in The Whale.

In a 2018 interview with GQ, Fraser talked about his kids’ unique personalities. “Griffin’s rated on the autism spectrum. Um, and so he needs extra love in the world, and he gets it. And his brothers, ever since they were small, one was always the spokesperson and the other was the enforcer.”

It seems like Fraser and his kids have a great relationship, and he definitely seemed like one proud dad on the red carpet!

Before you go, check out these celebrity parents who have defended their kids against bullies. 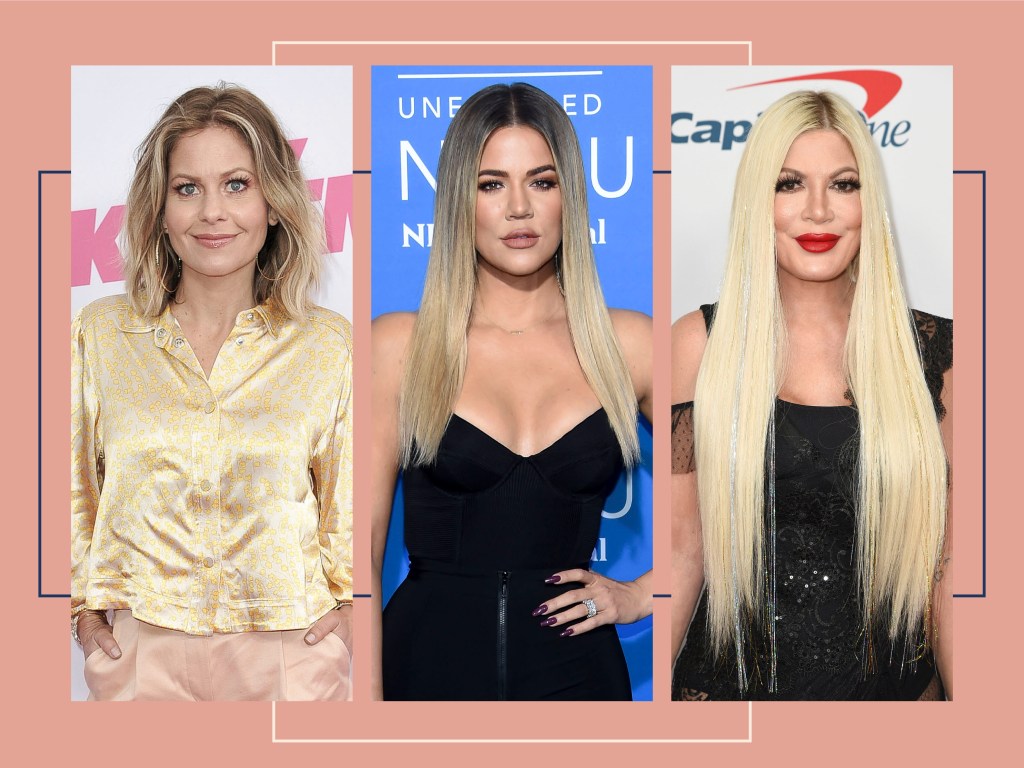