Looking ahead! Brad Pitt isn’t celebrating his successful awards show season with his and Angelina Jolie’s kids just yet. 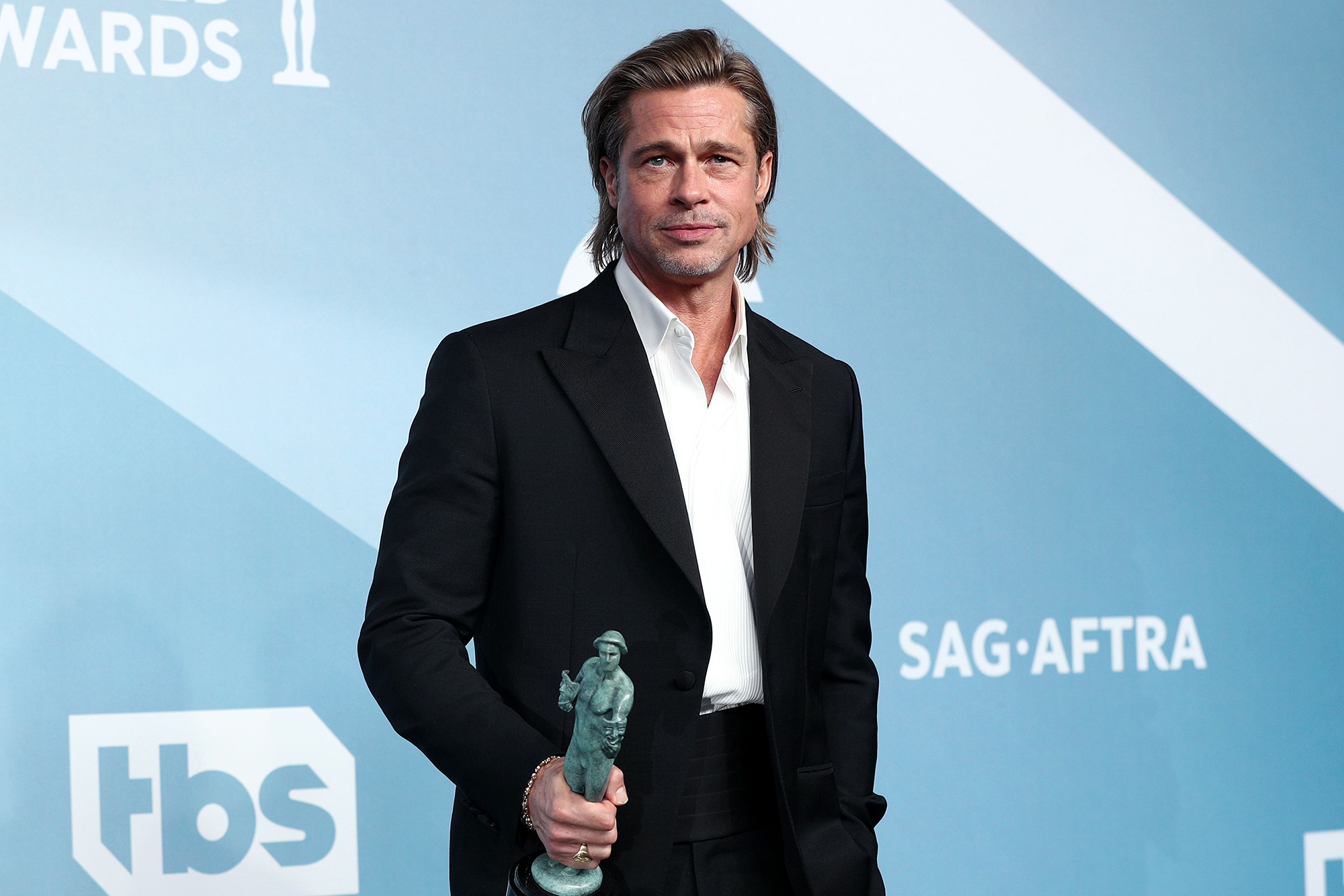 “There hasn’t been a lot of time to celebrate,” the actor, 56, revealed to Entertainment Tonight on Saturday, January 18. “They call it a season for a reason. We’ll do that when it’s all said and done, I’m sure.”

The Oscar winner, who shares Maddox, 18, Pax, 16, Zahara, 15, Shiloh, 13, and twins Knox and Vivienne, 11, with his ex-wife, 44, has taken home three major awards in the last month alone. Pitt won a Golden Globe, a Critics’ Choice and a Screen Actors Guild Award this year for his role as Cliff Booth in Once Upon a Time in Hollywood.

Pitt celebrated his SAGs success with his ex-wife Jennifer Aniston on Sunday, January 19, following her Outstanding Performance by a Female in a Drama Series win. The former couple were spotted congratulating each other backstage and briefly holding hands.

In May, the Emmy winner gushed about filming Once Upon a Time in Hollywood, telling Esquire how “amazing” it was to work alongside Luke Perry prior to his March death. “We were like kids in the candy shop because I remember going to the studios and [Beverly Hills, 90210] was going on and he was that icon of coolness for us as teenagers,” the Oklahoma native explained to the outlet at the time. “It was this strange burst of excitement that I had, to be able to act with him.”

The Ad Astra star added, “Man, he was so incredibly humble and amazing and absolutely committed. He couldn’t have been a more friendly, wonderful guy to spend time with. I got to sit down and have some wonderful conversations with him. It was really special.”

Pitt has been hard at work, and a source told Us Weekly exclusively in November that he doesn’t often get to see his six kids. “Brad’s lost count of the times they haven’t been available to see him on special occasions, like birthdays or holidays,” the insider shared. “On Halloween, Angie made no effort to organize any type of family get-together, so he had no access to the kids once again.”

He and the Maleficent actress split in 2016 after nearly a decade together. The former couple became legally single in April.