Deciding who you want involved in the labor and delivery of your child, and even just present in the hospital waiting room, is a very personal choice for expectant parents. Some pregnant women want just their partner and any support staff in the delivery toom, while others want their entire extended families there — maybe even more watching on Zoom! A sister of a pregnant woman, however, recently posted a situation on Reddit’s AITA forum that explained how she ended up in a challenging situation about whether to involve their dad and stepmom when her sister’s labor and delivery took a turn for the worse. 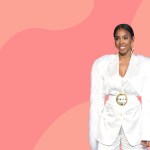 EXCLUSIVE: Kelly Rowland Talks Zoom Birthing & Whether Beyoncé or Michelle Would Be a Better Babysitter

As MoonBoooooties explained in her original post, the family dynamic with their stepmom and dad has been challenging for the sisters since their mom died when they were young and their dad remarried.

“Our mom died shortly after giving birth to me and it has always seemed like the labor was at least partly to blame,” MoonBooooties wrote. “[Our stepmom] emotionally tried to suffocate us and beg for the role as mom from us. It was a real minefield growing up.”

She explained that their stepmom cried and said the girls were being “mean to her” when they sang Happy Birthday to their mom in heaven and “broke down sobbing” when she wanted to spend the summer with her maternal grandparents.

“Our dad never cared,” MoonBooooties wrote about the family dynamic. “He saw it as her wanting to be there and love us and none of this was bad.”

So, obviously, there is a lot of baggage between the sisters, the dad, and the stepmom, and when MoonBooooties’ sister started having complications early in her pregnancy, it was terrifying for the mom-to-be.

“When she started to deteriorate, she talked to me and her husband and said she didn’t want our stepmother there when she gave birth or while she was recovering and asked that I not tell them when she went into labor,” MoonBooooties explained. “Her reason was she didn’t want to be reminded of what could happen if she died. That her son’s stepmother could be like ours was. … And so I did what she asked. And her labor did almost kill her. It was very touch and go for a bit, but she pulled through, and then I called our father.”

As you can probably imagine, the dad was not pleased to be left out of the loop in such a serious situation.

“The fallout of it has been huge and I’m being blamed,” she wrote. “My dad told me I should have defied her wishes so they could ‘say goodbye to their daughter if anything had happened’ and even with my sister saying it was her wishes, he called me an asshole and told me I had ‘hurt my mother.’”

Wow. First of all, we feel for MoonBooooties and everything she’s been through. It sounds pretty traumatizing for her, as well as for her sister. Dealing with birth and possibly death amid complicated family relationships is very stressful, and we hope she has a lot of support systems to help her navigate through her own feelings.

At the very least, MoonBooooties should be feeling validated in her decision to honor her sister’s wishes over her dad’s feelings, as the vast majority of commenters on Reddit did not think she was wrong.

“Your sister made her wishes clear, and you abided by them. That information wasn’t yours to share,” wrote havartna. “You acted completely appropriately, and if your dad doesn’t understand why your sister didn’t want the stepmom in the delivery room, someone should explain it to him.”

In fact, many Redditors thought the situation should be an a-ha moment for the dad to realize just how bad his relationship with his daughter is.

“Dad, I think you should take a hard look at yourself and your parenting and enabling to try and understand why your own daughter doesn’t want you there even if she died,” wrote blaziken2708.

“If you aren’t a good parent while your child is alive, you do not have the right to come in and play the doting father if they’re dying,” slammed Embarrassed-Figure-4.

Others noted how hard the scenario must have been for MoonBoooooties.

“What you did must have been incredibly hard for you to do and go through but you did a grand job,” wrote dont-trust-it. “Your dad’s issues are selfishly motivated, yet what you did was completely selfless. He had no right to come at you over this and absolutely no right to bring your deceased mother into this. You did well and your sister is lucky to have you.”

Some had compassion for both sides, though.

“You are NTA (not the asshole) because you respected your sister’s wishes,” wrote scrapqueen, adding, however, “Your dad has a right to be upset that he wasn’t called and informed when his daughter might die regardless of the stepparent issues.”

“I feel like if things had gone the other way, you would have felt really guilty,” noted NotSoAverage_sister. “However, your sister was in the midst of a huge ordeal. The least you could do was keep her as calm and stress-free as you could (impossible, I know, given the situation) by doing as she asked.”