From mom to movie star! Hilary Duff and more celebrity parents have showed their little ones their throwback movies and TV shows.

The actress and her husband, Matthew Koma, enjoyed a Lizzie McGuire Movie “family viewing party” with her son, Luca, and their daughter, Banks, in September 2019.

The Younger star shared an Instagram Story video of her eldest, whom she shares with Mike Comrie, staring at the TV while his little sister drank from a water bottle. “Yup,” Duff said from behind the camera, while her character sang onscreen: “Every girl wants you to be her man, but I’ll wait right here until it’s my turn.” 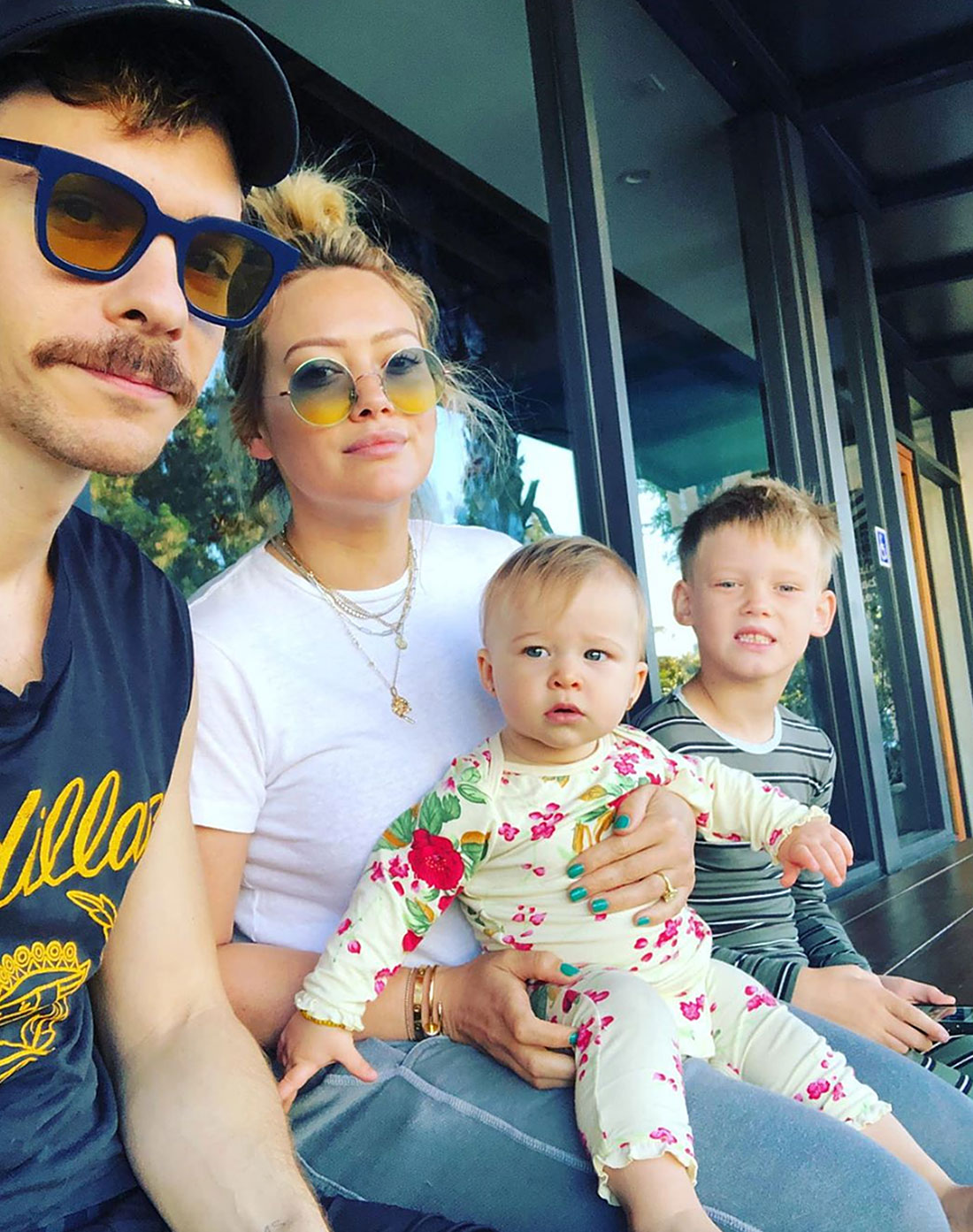 As for James Van Der Beek, the Dawson’s Creek alum watched Varsity Blues with his five children in May 2020 — and the little ones hilariously called him out for cussing, using an accent and more.

“My kids wanted to see some of ‘The Blue Movie’ that people are always talking to me about,” the actor captioned an Instagram Story video of his son, Joshua, asking why he said “s–t” in the 1999 movie. “I thought I was showing them the two minutes that were appropriate to show them.”

Joshua went on to slam his dad’s accent, then called another one “perfecto.”

Van Der Beek’s eldest daughter, Olivia, gave him a thumbs-up after he “pretended to get hurt” during an onscreen football game. “Movie magic,” the Rules of Attraction star told her.

The video came three months after the Connecticut native explained Dawson’s Creek to one of his daughters. “Why is it called Dalson’s [sic] Creek?” she asked Van Der Beek in February 2020. “Is it because Dalson [sic] owns a creek and someone tries to destroy it?”

The Pose star replied, “Exactly. Yep. He owns a creek and somebody’s trying to blow it up, so he has to use kung fu and ninja moves. That’s what it was. … It was not about me whining and crying and being annoying on a creek. It definitely was not that.”

For more celebrities watching themselves act with their children, watch the video above.